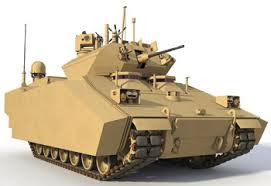 The conceptualisation of FRCV is a reflection of change in approach to production of new systems with the end user driving the project rather than the DRDO. It is also a deliberate step in consonance with the Make in India philosophy. If the army can actually get a single basic platform, with a modular design, and utilise it for multiple activities that an armour protected vehicle is required for, it surely would meet our futuristic requirements. Whether the concept can be translated to a tank/tracked gun system/armoured recovery vehicle is not just the apprehensions are all about, it’s also the timeframe and funding that the project will call for. The author believes it’s all very doable.

The Directorate General of Mechanised Forces (DGMF) issued a Request for Information from vendors for designs for a Future Ready Combat Vehicle (FRCV) on 10 June 2015. The aim is to design and develop a new generation state of the art combat vehicle platform for its combat vehicles in the future. The vehicle is to be inducted by 2025-2027. The FRCV needs to be modular in concept and would include numerous vehicles. This vehicle which would be called the FRCV will form the base platform for the main battle tank which is planned to replace the existing T-72 Tanks in the Armoured Corps. The FRCV must cater for future battlefield threats to the tank from a distance of 25 metres to 7 km. It should be capable of being used in different terrains to include mountains, deserts, plains and riverine. The DGMF plans to develop the multiple variants on the FRCV platform to include tracked Main Battle Tank, Tracked Light Tank, a Wheeled Version. It also wants the FRCV to be used for Bridge Layer Tank, Trawl Tank and Mine Ploughs, Armoured Recovery Vehicle.

Going further, the DGMF expects to use an FRCV based platform for Self Propelled Artillery Gun/ Howitzer, Air Defence Gun/ Missile System, Artillery Observation Post Vehicle and Engineer Reconnaissance Vehicle. The FRCV would also be used for logistics and the DGMF, as of now, is looking at the platform for use as Armoured Ambulance.
The process of advancing the project will be in three stages. The first stage will be the Design Stage. The second stage will be the Prototype Development Stage and the third stage will be the Production Stage leading to the final stage – the Induction Stage.

There will be a competition for selecting the best design. Reputed tank designers will be invited by a Request for Proposal (RFP) where in the broad design philosophy for the FRCV will be given out along with the detailed guidelines for conduct of the competition. The designers would be requested to submit their designs for evaluation by the Design Selection Committee under the DGMF. The selection will be undertaken by a Design Selection Committee detailed by the DGMF. The selection would be based on a comprehensive selection procedure. The Design Competition will be open to tank design bureaus / agencies from within and outside the country and will be conducted in two stages. 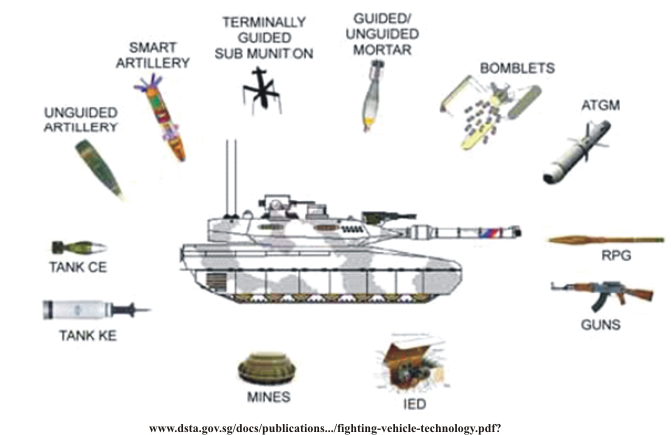 In the first stage, based on the operational requirements and design philosophy given out, participants will submit broad concept designs, giving out the outline configuration and layout of the platform. In the second stage short listed participants will be asked to submit detailed designs of the FRCV platform. This would be done on a common software platform. The best design will be selected and suitable cash prizes will be given. The winning design will become the sole property of the Indian Army. The agency whose design is selected will require to continue work on the project through the prototype and Limited Series Production stages. A separate contract for this will have to be given.

The FRCV has to be viewed on three aspects: Deployability, Employability and its own Capability. Undoubtedly it must be a vehicle of the future which should be agile, technologically relevant and versatile. It should be capable of being deployed in the Western, Northern and Eastern theatre, be air lifted for out of area tasks and for operations by United Nations Peace Keeping Forces. In terms of Capability it should deter the adversary by its lethality, agility and protection.

The design should be modular and should be in the medium tank category, light in weight due to use of Nano technology, enabling it to be moved everywhere. The crew arrangements should be such that they can perform their tasks comfortably. Its fire power should be well matched with contemporary main battle tanks. The FRCV should be 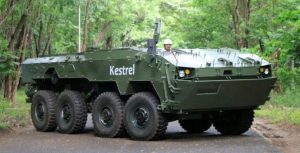 similar in engagement ranges, all weather day and night fighting capability, depth of penetration and variety of ammunition. The tank gun must be accurate, with a high first round hit capability. Further it must have a high single shot kill probability. The FRCV should enjoy a high degree of protection. This should include all round protection to include ballistic, active and any other form of anti armour technologies. Further, should incorporate signature reduction technologies. This should be combined with high response evasion and anti detection system.

The FRCV must be extremely mobile. It should have adequately high power to weight ratio to enable all on board systems to be run simultaneously without disrupting the agility and mobility of the vehicle. It should have high operating range comparable to contemporary main battle tanks. 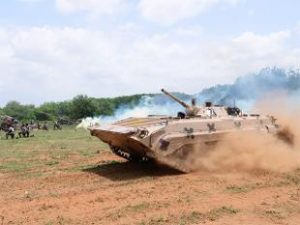 Many analysts have compared the Future Main Battle Tank (FMBT) project being renamed as the FRCV project. To analyse, currently the Indian Army has T-72 and T-90 tanks which are the essential inventory of our mechanised forces. It is pertinent to note that both these tanks have been procured from Russia and assembled in India.

The T-72 which forms the main component of the tank fleet has been in service for a considerable period and are currently being overhauled extending their life till 2022. Indian Army will need to replace its T-72 fleet in the next seven years. Accordingly, in 2010 it was decided to go in for the FMBT; a project that did not take off. In 2015, the RFI for the FRCV was issued. We have gone through the RFI and this is in consonance with the latest trends. While the Western countries have constantly gone in for heavier tanks, the Russians have recently paraded their Armata T-14 Main Battle Tank, based on the Armata universal combat platform, which has given a different approach to tank design. The tank has unique characteristics which comprise an unmanned turret, active defences, isolated crew capsule in the hull and remotely fired weaponry. As stated by analysts, ideally a state of the art tank should have armour protection of 1000-1200 mm, mobility 100 km per hour, range of over 700 km, maximum power to weight ratio, a 120/125/152 mm Gun with a very high muzzle velocity, situational awareness cameras, laser TV sights, remotely controlled 30 mm cannon, 12 mm gun, deep penetrating ammunition, crew compartments enclosed in armoured capsules separated from one another. Further the tank can carry 50 to 60 rounds and suitably integrated with state of the art sighting system.

Currently, turret systems have been the norm for tanks with the Commander or Gunner operating within. The threats from Rocket Propelled Grenades and Improvised Explosive Devices are forcing the crew to remain within capsules down below to improve survivability. This has led to the proliferation of remote weapon stations which enables the crew to operate the weapon from within the better protected hull.

Tanks are being increasingly used in urban surroundings where the remote weapon stations enable the crew to fire against militants and remain protected. This however does not allow a Commander to keep eye contact with the battlefield and despite the best optical instruments, eye contact with the battlefield is more convenient. Further, the turret cannot be traversed until, the commander is safely inside the tank and his hatch is closed. This does not permit the tank to fight with the hatch open. 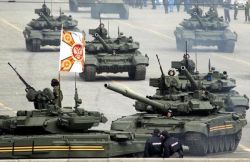 The main challenge would be integrating the system on the FRCV platform. As already stated the overall weight must be light to enable move and quick deployment in varying terrain configurations. The design followed by the prototypes will cater for all these aspects.

The concept floated by the DGMF is revolutionary and matches the Doctrine with Technology. While the evolutionary path will see upgrades of T-72 and T-90 to meet our short term requirement, the FRCV with its three stages will meet our long term requirement. The moot point is: is it practicable? The answer is positive. With the current Government’s pragmatic defence policies, it would be practicable to design and develop a FRCV which truly meets our future needs. The concept is user driven and not DRDO driven which means that the DGMF along with the Directorate General of Artillery, the Engineer-in-Chief and the Directorate General of Army Air Defence will have to synergise their energies to firstly have an acceptable platform and then mount their specialised equipment to create suitable prototypes to successfully undertake trials. The project is also unique as you will have separate designers, developers and production agencies. Of course, the nodal Directorate would be the DGMF.

The entire project would be a Make in India project and would need tremendous involvement of the Ministry of Defence. The Raksha Mantri has understood the nuances of the defence projects and would give his support to this crucial project as it is a time sensitive project. The project must fructify by 2025-2027. Being a user driven project the first step would be to issue the Request for Proposal which would set the ball rolling. Being a Make in India project the Government will give its full support. The user will have to strain every sinew to make the project a success.

The DGMF has indeed taken a bold step by issuing the RFI for the FRCV. The project involves designing, developing and producing a family of vehicles on a common platform. Being a Make in India project, the user must leave no stone unturned to issue the RFI and begin the process.