The Indian Army’s aviation fleet is mostly a rusted inventory flogged by succeeding governments to a point when wives of the army aviators had to express their concern over the safety of their husbands who fly these outdated machines. The impact that outdated aviation assets can have on our military capabilities barely needs elaboration. The proposed Kamov 226T deal with the Russians offers much hope. But will the Indian Government be able to negotiate the hurdles that involve negotiating with not just the Russians but also a host of other manufacturers and their governments.

The General lists some of these issues and goes on to opine that the deal remains crucial for Army Aviation and needs to be completed this year. If it takes the course that the Rafale deal is into, it would impact our force capabilities rather hard.

The Cheetah /Chetak replacement programme continues to flounder despite the Government to Government agreement between India and Russia for the supply of 200 Kamov- 226T light helicopters under the Make in India Policy. Presently there is no clarity on as to how this project will move forward and both sides seem to be struggling to meet the challenging ‘Make in India’ requirement of building 50 per cent of the helicopter in India. 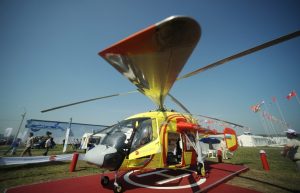 While the Hindustan Aeronautics Ltd (HAL) has been designated as the nodal agency for this critical programme along with Russian Helicopters there are a number of complex issues involved which need to be addressed in order to move ahead. The recent statement of Russian Helicopters that they are working with HAL to iron out the various contentious issues and that the signing of the contract is likely by year end is a positive development but it’s likely transformation into realty seems a distant dream in the current situation.

The complexities involved in this project are far too many and one will have to wait and watch as to how these will be addressed and get resolved eventually. Given the track record of other such crucial Government to Government deals like the Army’s M777 Howitzer and the Airforce’s MMRCA Rafale projects, which are still nowhere near closure despite a period of three to four years having elapsed, the prospect of concluding a contract for the Ka-226 project by end of the year does not inspire much confidence.

The main issue is the overall composition of the Ka-226T helicopter in terms of various components and systems. Russian Helicopters, which has developed the Kamov-226T, has sourced its twin engines (Arrius 2G1, which constitutes almost one-third of the chopper’s cost), from the French company, Turbomeca. Other key systems and avionics have been sourced from some other companies in the global market.

As per reports the Russian Government has accepted responsibility only for indigenising Russian components – a step which would result in a shortfall of the indigenisation levels required as per the ‘Make in India’ Programme. This also means that HAL as the nodal agency on behalf of the Indian Government will have to negotiate separately with third country vendors for indigenising their components and systems.

Reports emanating from the Farnborough Air Show suggest that the French company, ‘Safran Helicopter Engines’ (parent company of Turbomeca) and HAL have agreed to establish in India a support centre for helicopter engines catering to their manufacturing and provision of MRO facilities – this JV is likely to come up by the end of this year. This JV will initially cater to TM 333 and ‘Shakti’ engines installed on the HAL built helicopters like the ALH ( Dhruv), Rudra (armed ALH) and the Light Combat Helicopter (LCH). 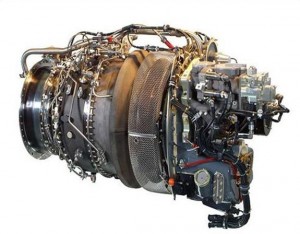 Shakti is more powerful than the TM 333 and is the Indian name for Safran Ardiden 1H engine which is already being co-developed with HAL and produced under license. It also seems likely that the engine for HAL’s under-development Light Utility Helicopter (LUH) will subsequently also form part of this JV as Safran’s Ardiden 1U engine is already fitted on the developmental model. However, whether the Arrius2G engines fitted on the Kamov 226T helicopters will sometimes in a later timeframe get included in the JV remains to be seen, as there are many imponderables and will be clear only after the final contract is inked.

Add to this the fact that as per the Government agreement, Russian Helicopters will deliver the first 60 helicopters in flyaway condition – these would be assembled entirely in Russia, with little scope for indigenisation. That would also be the case with the next 40 or so helicopters, shipped as kits from Russia to be assembled in India. This leaves the balance 100 helicopters for meeting the 50 per cent ‘Make in India’ goals over the entire fleet of 200.

It is understood that some Indian private companies may also be part of this programme, especially to build Kamov-226T components and systems in India. Keeping in mind the complexity of the case it is anybody’s guess whether this project will ever see the light of the day or will wither away like some other such agreements as brought out earlier. 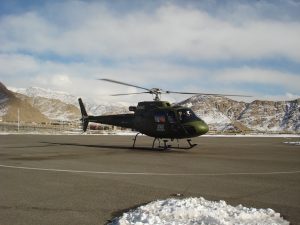 In the meantime there seems to be no clarity on the fate of the latest RFI which was issued for the never ending Reconnaissance and Surveillance Helicopters (RSH) programme on 31 October 2014. This was a done in a ‘Buy-and-Make-India’ approach with a certain number of helicopters to be supplied by the selected OEM in flyaway condition and the remaining numbers to be built at a production facility in India, by an Indian partner through licensed transfer of technology.

Essentially, this RFI envisaged identification of probable Indian Vendors (private or public), including those who would form Joint Ventures (JVs) and establish production arrangements with an OEM so as to provide the helicopters, followed by licensed production in the country. The response date was extended twice from the original 17 December 2014, with the final date being pegged at 20 April 2015. This generated much interest, and was key topic of speculation during Aero India 2015. But Kamov-226T agreement has left the fate of the 197 RSH project hanging in balance with no clarity from the Government so far– while the RSH project has not been cancelled, total confusion reigns in the industry and the armed forces regarding its future.

Simultaneously, HAL’s new Light Utility Helicopter (LUH) Project ( 3 Ton class ) which is expected to make its first flight this month seems to be on track. According to HAL projections, the LUH would complete flight certification by mid-2017 and enter production by the year-end. HAL is required to provide 187 LUH’s in the overall requirement of 400 plus by the Armed Forces in this category – these will be built at HAL’s new facility at Tumkur, where the foundation stone was laid by the Prime Minister in January this year. 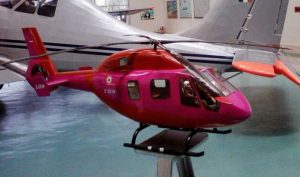 It is important to note that the HAL’s main focus remains the LUH and LCH projects with the LCH slated to enter service by end of this year. The HAL is also expected to ensure that it meets the Prime Ministers directive to roll out the first LUH by end of 2017. The success of the LUH programme in the timeframe envisaged above, may ring the death knell for the Ka-226T, if no headway is made for negotiating the contract by end of this year. The Government needs to simultaneously keep the RSH programme also going forward to cater for inordinate delays and bottlenecks in the Ka-226T project.

In addition HAL’s helicopter division is also fully involved in meeting its current and future obligations to the Services in terms of a large orders for additional ALHs and Rudras, while simultaneously addressing their critical maintenance and serviceability issues. It is crystal clear from the above that HAL’s Helicopter Division has already bitten more than it can chew and therefore will it have the commitment and time to fulfil its obligations towards the Crucial Ka-226T programme.

With the current dismal state of the Chetak and Cheetah fleet and serious maintenance and safety concerns, the writing is clearly on the wall. The maintenance of this fleet has now become a nightmare. As per reports a major fallout of this situation has been fewer volunteers opting for the Army Aviation Corps, an elite arm of the Indian Army.

In fact in an article in ‘India Today’ last year some of the wives of the army aviator’s had expressed their concern over the safety of their husbands continuing to fly these outdated machines – some even going to the extent of calling them ‘flying coffins’. There is understandable disquiet on this matter within India’s military aviation fraternity which needs to be taken serious note of, as this gravely impinges on operational preparedness.

The Ka-226T is a good platform and has already been through trials in India along with Airbus’ AS 550 C3 Fennec. The Government must work with the Russian Government in a time bound manner in resolving all issues howsoever complex and sign the contract by the end of this year or else it will be another critical defence deal gone awry.