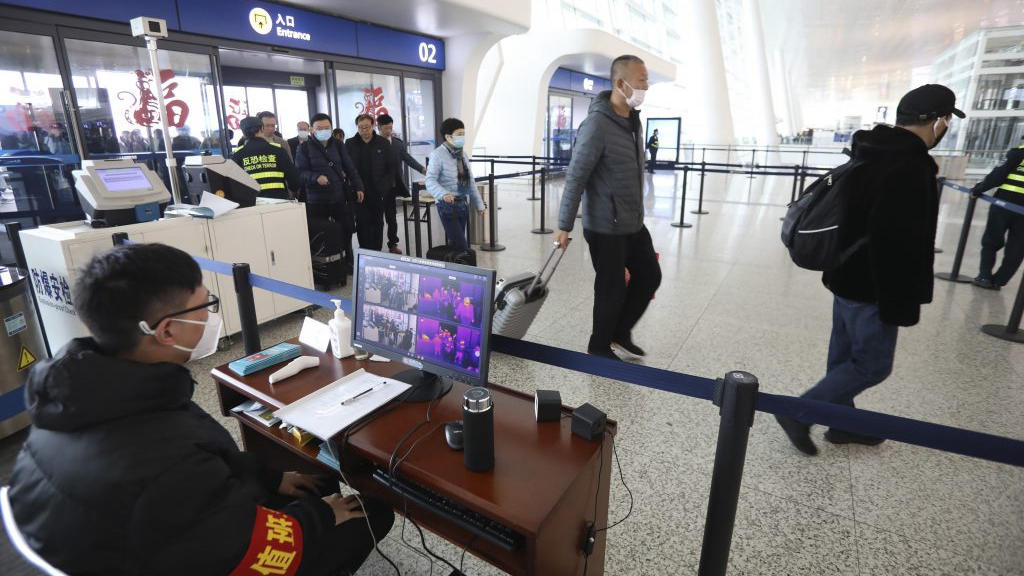 Geopolitics of Coronavirus Outbreak, Pakistan Refuse to Evacuate Its Nationals from China

The storm that coronavirus has created has yet to show signs of abating. The Chinese were slow at the start but have now geared up to control the epidemic. India has reacted most proactively in shielding its populace. Novel Coronavirus, renamed by the World Health Organization (WHO) as COVID-19, originated from the Wuhan province of China and has spread to several countries now, killing about 2,000 and affecting tens of thousands of others. But, geopolitics of COVID-19 continues, with Pakistan displaying its solidarity with China by not flying out Pakistan students from Wuhan. The author presents the facts in an interesting narrative.

When the 2011 movie “Contagion” broke box office records in the US and around the world, some people thought it was because of its all-star cast, which included Matt Damon, Jude Law, Gwyneth Paltrow, and Kate Winslet, to name a few. But that was not the case.

The reason “Contagion” succeeded was that the world had not forgotten the “outbreak” (another hugely successful film released in 1995 starring Dustin Hoffman and Morgan Freeman, among others) of “SARS” in 2002-2003, which also began in China. That disease had killed 774 people worldwide, a number surpassed on 9th February2020 by the coronavirus with the toll of 813, all but two of them in China.

Even so, cautious optimism had begun to be expressed, with China’s senior epidemiologist, ZhongNanshan, quoted as saying he believed the pandemic would peak in late February and be over by April. However, on 13th February, the number of new infections jumped sharply: On that day, 14,840 new cases were reported in Hubei province, compared to 1,638 new cases the day before. The reason was that Hubei had expanded its criteria for identifying new COVID-19 (the official name given to the virus by the WHO on 11th February) infections on the same day, triggering a dramatic rise in reported cases at the epicentre of the disease.

According to the revised criteria, a new category of “clinical cases” has been added to the reporting of the disease. Now, patients will be included who exhibit all the symptoms of COVID-19—including fever, cough and breathlessness—but have either not been tested or tested negative for the virus itself.

The change, likely to have been caused by the scarcity of test kits and questions about their reliability, caused a nine-fold increase in newly reported cases in the province. Hubei also reported 242 new deaths on 13 February, more than double the 94 reported on 12 February.

So far, Hubei is the only province that has revised its definition of new cases. Others have not publicly reported “clinical” or asymptomatic cases. The new numbers from Hubei added significantly to the latest China-wide figures reported on 18 February: 70,635 new cases and 1772 deaths.

In its latest “Situation Report” dated 18 February, the World Health Organisation (WHO) reported a total of 794 confirmed cases and three deaths in 25 countries outside China. WHO’s risk assessment for the virus is “very high” for China and “high” regionally and globally. With the latest numbers, there have been over 71,000 cases worldwide and more than 1,700 deaths.

Meanwhile, there has been a high-level shake-up of officials in Hubei. The Communist Party Chief in the province has been changed by Beijing, reflecting how seriously it is taking criticism from abroad and, most unusually, from the public at home.

Academics in China, angered by the silencing of a whistleblower doctor who tried to sound the alarm in the early days of the epidemic and later tragically died of the disease, have signed a public petition to ‘demand free speech’,according to the South China Morning Post.

In Japan, the “Diamond Princess” cruise liner has been in quarantine for days in the port of Yokohama, near Tokyo, as the number of confirmed cases continues to rise. It was reported on 17 February that several new cases have been identified on the giant cruise ship, bringing the total to 454 confirmed cases among the vessel’s 3,700 passengers and crew. The US State Department has evacuated US citizens (who were on board the ship) in two aircraft that took off from Tokyo on 17 February.

Another cruise ship, MS Westerdam, which made port calls last month in Singapore and Hong Kong—two places that have reported coronavirus cases—has caused fear and concern among officials in many countries. Despite having no reported cases of coronavirus among its 1,455 passengers and 802 crew members, the vessel was turned away by Japan, Taiwan, the Philippines, Guam and Thailand. Its saga went on for days until Cambodia finally allowed it to dock at the port of Sihanoukville, where the cruise ended.

India has so far been swift in taking measures to ensure that those of its nationals who had anything to do with China or its nationals were tracked, evacuated, quarantined, tested, and isolated, if necessary. Considering that it has a population of 1.3 billion, India simply cannot take any chances with this deadly new virus. Its medical infrastructure, under pressure at the best of times, would simply collapse, if COVID-19 were to hit it on a significant scale.

India has also provided moral support to China in its hour of need and distress. Prime Minister Modi has written to President Xi Jinping, expressing solidarity with the President and the people of China. He has also expressed India’s readiness to provide assistance to China in dealing with the outbreak of COVID-19. India has not played politics with China, as that country often does with India (For example by creating border incidents during visits by high-level Chinese dignitaries).

Though COVID-19 is not something that should be politicised, geopolitics has, nevertheless, crept into it. It is China that is mainly responsible for it, though other countries are not without blame.

Thus, while China speedily allowed some European countries and the US to evacuate their citizens from Wuhan soon after alarm bells were sounded, it did not extend the same courtesy to other countries.

For example, it took three days for China to permit India to evacuate its citizens from Wuhan.

Taiwan was not permitted to evacuate its citizens, because China considers Taiwan to be one of its provinces!

China’s repressive system harassed the Chinese doctor who first raised the alarm about the seriousness of the pandemic until he died a few days ago.

The cruise ship, the MS Westerdam, which did not have any confirmed cases of COVID-19 on board, was nevertheless not allowed to dock by Japan, Taiwan, the Philippines, Guam and Thailand. It was finally allowed to dock by Cambodia.

Japan permitted the US to evacuate its citizens from the “Diamond Princess” to Tokyo, from where they were flown by two US aircraft to America. In doing so, Japan took a risk, which it might not have taken if some other country was involved.

But it is Pakistan which takes the cake. In a purported show of solidarity, it refused to evacuate Pakistani students from Wuhan. With the result that yesterday hundreds of the parents of those students demonstrated in Karachi, imploring the government to bring their children home. When reports last came in, that had not happened.

Niraj Srivastava is a former Indian diplomat who was Ambassador of India to several countries including Denmark and Uganda. He joined the Indian Foreign Service in 1983. Srivastava was educated in India and abroad. He spent a sabbatical year at Oxford University, the U.K., where he studied international relations, international law, and international trade and finance. He graduated with honors in 1988.