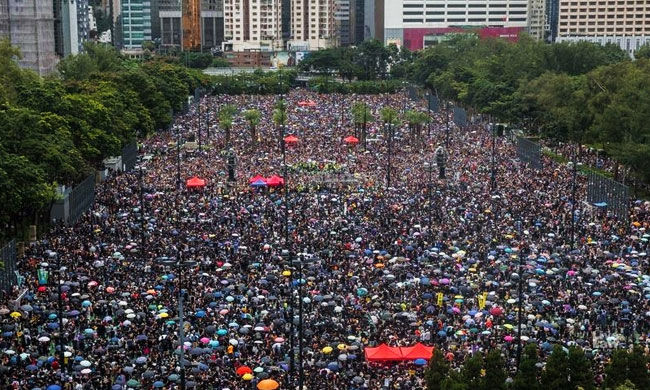 Hong Kong is on the boil. The tiny island territory, a hub of global business is witnessing a turmoil perhaps never anticipated. That over a million men and women will get on to the streets too, at the end of the day, emphatically express their opposition to the Chinese system engulfing Hong Kong’s liberal society could not be done with greater clarity. The Chinese have held themselves back so far, knowing only too well that the whole world is watching every step they take. The author analyses the causes as he elaborates on the current situation.

Hong Kong has been in the news for all the wrong (?) reasons for the past few months. There are large scale anti-government protests taking place which do not seem to be ending. It has been more than eleven weeks since the protestors have been demanding action by the Hong Kong government on a Bill which now stands suspended. However, the demonstrators are unhappy. They want the Bill to be withdrawn. Neither the government nor the protestors seem to relent.  The region appears to be heading into a deep crisis, drawing international attention.

What is the Problem?

The problem has its roots in the history of Hong Kong. In 1842, having lost the first Opium War, China had to cede the sparsely populated island of Hong Kong to the British as part of the Nanking Treaty. A price China had to pay to bring an end to that war. Hong Kong became a colony of the crown governed by the British. It became a prominent trading hub as the east-west trade grew. In 1898, the Chinese extended the lease for Hong Kong to the British for another 99 years. Thus, Hong Kong remained a British colony till 1 July 1997. After that, it was handed over to the Chinese peacefully as per the lease agreement, with a unique provision called ‘One country two systems’. However, 150 years of British rule had left its influences on Hong Kong society.

Before leaving, the British took guarantees from the Chinese for Hong Kong that it would always be governed by a constitution which would provide fundamental democratic rights to an ordinary citizen. These rights included: the freedom of speech, freedom to vote, freedom of press and right to assembly and protest. Most of these guarantees do exist in the Basic Law: Article 23, the document which is the mini-constitution for Hong Kong.  But since the handover, China has shown deliberate intent in repealing Hong Kong’s constitution one way or another. Therein lies the basis of the protests.

The immediate trigger for the protests was the murder of a Hong Kong girl by her boyfriend in Taipei, where the couple had gone for a holiday. The man could not be tried in Hong Kong as the crime was committed in Taipei, and he could not be tried in Taipei because there was no extradition treaty between the two states. This cruel dilemma was set to be addressed by the Hong Kong government by wanting to sign an extradition treaty with Taipei. They introduced a Bill in their Legislative Council (Leg Co) for the same. It would enable the criminal to be tried and punished for his crime in Taipei. However, such a treaty meant that it would parallelly apply to mainland China too. A situation which the Hong Kongers (citizens of Hong Kong) refused to accept as they lack faith in the Chinese justice system. The protests were started to force the government to withdraw this Bill.

Why are the Hong Kongers unhappy with the bill, and why would they not trust their government? The answer lies in the mistrust the common man has in its Legislative Council. China has never been happy with the special dispensation which Hong Kong enjoys. However, mandated in this arrangement is also a clause that in 2047, Hong Kong would merge with the political system of the mainland. China thus has been wanting to pre-empt this merger by targeting the civil liberties of the Hong Kongers. The Legislative Council, which is the governing body of Hong Kong and the Chief Executive (CE) are both controlled by the Chinese government. The CE, who is akin to a Premier, is a nominee and not the elected representative of the people of Hong Kong. A select committee nominates him/her in Beijing, and then the Chinese government ratifies the appointment.

Hong Kongers perceive that the CE is a puppet in the hands of the Chinese government. The next arm of the government is the Legislative Council. It is a legislative body which makes law and has elected representatives. It has a total of 70 seats. However, only 40 seats are available to the citizens. The balance 30 are voted in by the business houses in Hong Kong. For contesting the 40 seats, there are several political parties, but either pro-democracy or pro-China parties dominate the landscape. Since the hand over (to China) there have been six general elections, and every time the share of pro-democracy party candidates or votes have been more than 50 per cent. But till date, the Leg Co has always been dominated by the Pro-China candidates.

The reason for this imbalance is, that the remaining 30 seats have a majority of pro-China candidates elected due to the strong business interests the business houses have with mainland China.  Such a skewed representation allows a pro-China Bill passed in Leg Co with relative ease.  An act the people of Hong Kong fear would make them captive to Chinese judiciary once it becomes a law.

Can China Intervene in Hong Kong? 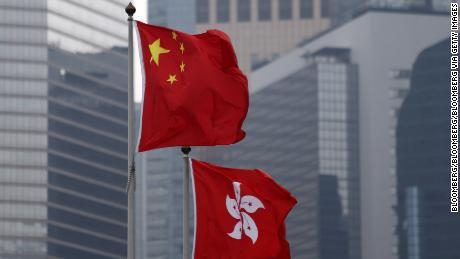 The ‘Basic Law’ by which Hong Kong is governed, states very clearly that mainland China can only intervene in Hong Kong at the request of its government. Such a request for intervention can be made only in matters of maintenance of public order and disaster relief. While the current situation falls within the gamut of maintenance of law and order, yet it is felt that the CE and the Leg Co would never permit the situation to go to the extent whereby China gets a free hand in suppressing civil rights movement in Hong Kong. It would only hasten up the process of amalgamation of the former British colony with the mainland. China maintains a 5000 strong garrison in Hong Kong of the PLA (People’s Liberation Army). Also, there is a presence of Chinese PAP (People’s Armed Police) personnel and hundreds of armoured cars waiting for induction into Hong Kong in the border city of Shenzhen. The Chinese say they are there for large scale exercise planned. Till now neither have intervened.

Notwithstanding these details, the protestors are making this a fight to the end. They know that come 2047 and it would be a fait accompli. The Hong Kongers are not happy about the prospects of joining the mainland and losing their freedom and liberties. The younger generation, who will be most affected by the merger, are at the forefront of the protests and are the most vigorous opponents of rule by Beijing.

These are the biggest protests ever in the post-handover history of Hong Kong. Almost a million people have joined and Hong Kong watchers believe this time it is different. Even professionals; lawyers, doctors, teachers, and the judges, have joined the protests. Hong Kong had seen in the past two large scale protests. First in 2003 which were successful in retaining freedom rights and the second in 2014 when the protests failed in securing an independent government for Hong Kong.

This time the protestors seem more determined and ready for a long haul. At times the protestors have resorted to violence, too. There have been instances of burning down of petrol pumps and police stations. The protestors have targeted the Hong Kong international airport knowing fully well that it is the start and endpoint of the economic activity in Hong Kong.  It has not gone well with either China or the business houses in Hong Kong. The Chinese media has called the protestors a body of terrorists who need to be dealt with accordingly. The official Chinese spokesperson for Hong Kong and Macau; Yang Guang stated that the protestors were a mob of criminals who have shown a tendency for terrorism. There are reports that the infamous Hong Kong triad is trying its best to obstruct these protests. Thus, the current set of protests have forced all in Hong Kong to take sides. There are hardly any neutrals, it’s either pro-democracy or pro-China.

It is difficult to predict if these protests would bring any substantial gains for the Hong Kong people. The protests have broadened in their scope.  Hong Kongers seem to be demanding more than the withdrawal of the Extradition Bill. However, China is in no mood to relent, and it cannot set a precedent. There would be too many provinces waiting to see what happens to Hong Kong. Any concessions made could spill over to newer protests in China. The best-case scenario for Hong Kong is that China does not intervene substantially and not with force. However, this would come at a huge economic cost. The Chinese have developed financial centers in China as an alternative to Hong Kong. Should the protest continue, China could impose an economic price by diverting all the investment coming into Hong Kong to places like Shanghai and Shenzhen. Such a move would starve the Hong Kong economy and possibly force a change in opinion.

Countries like the US and the UK have asked Beijing not to subvert the democratic rights of citizens of Hong Kong. India has only issued a travel advisory, advising Indians to avoid visiting Hong Kong until the crisis subsides. However, China has left no stone unturned to blame the western nations, mainly the US, for tacitly supporting and encouraging the protestors. Only time will tell if the Hong Kongers are in a position to force their government to alter its stance in the context of the extradition bill. Their fight is for a more serious issue. At stake is the way Hong Kong wishes to live; the democratic way and not become China by 2047.