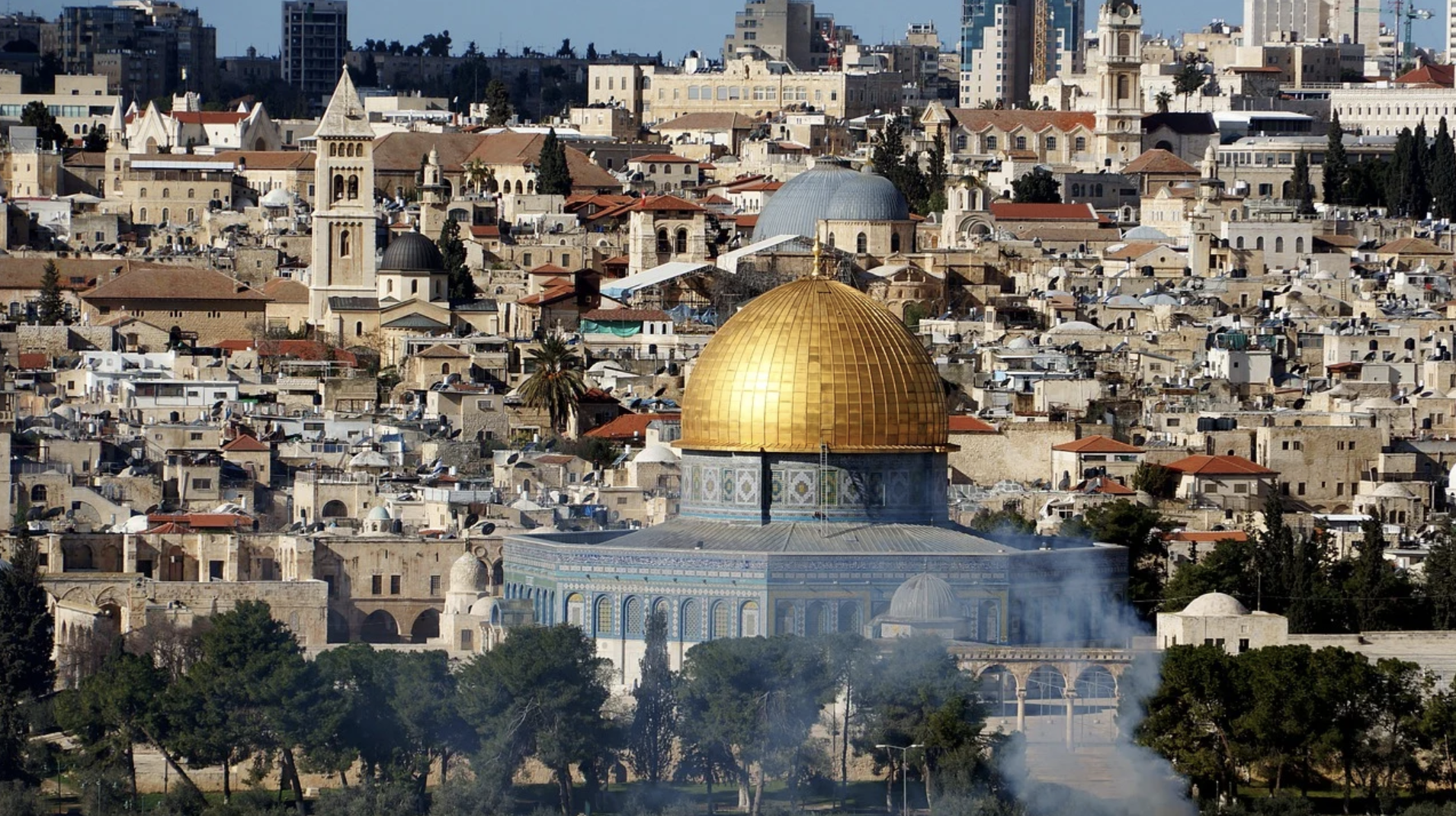 Palestinians, Gaza residents and even some Israelis are fighting fires that threaten their home and hearth. Palestine’s historical relevance for three major religions provides the essential narrative for the area to remain on the boil. The violence playing out today is but another episode of a seemingly endless litany. The article records the milestones and analyses the current situation to include the domestic political leveraging that a conflict holds out at this stage to the leadership on both sides. Finally, the article attempts to define a solution.

Last week has witnessed a heightened possibility of an all-out war between Hamas ruled Gaza, and Israel as both sides continue to pound each other with missiles and rockets. Of course, Israel has the most formidable firepower in the region but both sides are equally committed to their own goals. Hamas has been designated as a terrorist group by the US, Israel, UK and EU and several other countries. However, Hamas, since 2014, has acquired greater heft in fighting the war against Israel, irrespective of the Iron Dome and far superior Israeli military capabilities. No wonder both sides have deployed and fired rockets and missiles and do not seem to be ready to back down.

So far, more than 200 Palestinians including Hamas commanders and several children have been killed by Israeli missiles and airstrikes, while 10 Israelis have succumbed to Hamas rockets in southern Israel. One Indian woman died in Ashkelon. In 2014, over 2250 Palestinians killed during the 50-day conflict while 67 Israeli soldiers and six civilians killed. Since then, there have been several incidents, flare-ups and violence. Ramadan and festival seasons seem to be the favourite periods for hostilities.

Eviction of Palestinians from the West Bank and elsewhere under Israeli occupation since the 1967 war, and settlements for the Israeli population, mostly immigrating from outside, have been common features of concern. The trigger this time was the eviction of some Palestinian families from Sheikh Jarrah in Jerusalem – just outside the walls of the city pursuant to a court ruling on 7 May. It led to skirmishes and violence, including at the 3rd holiest mosque Al Aqsa in Jerusalem, where Muslim devotees were harassed leading to scuffles with the Israeli police, regularly.  Several casualties and deaths have been reported.

Prince Hassan Bin Talal of Jordan stated in a recent article in Arab Digest, “The suffering of Arab Jerusalemites – Christians and Muslims – has gone on for far too long. In 1967, the Arab residents of the Moroccan Quarter were forcefully evicted from their homes before Israeli forces razed the neighbourhood entirely and the same story seems to have repeated itself ever since with the recent events at Bab al Amoud, Silwan and Sheikh Jarrah its latest iterations.”

He further argued that Israel violated Article 43 and several others Hague Regulations as also several UNSC resolutions, conventions and appeals. “Unless creeping annexation is halted, the viability of a Palestinian state will be further jeopardised, with any such state effectively reduced to a number of Bantustans: disconnected, walled-off islands of land, isolated, incoherent, and with no territorial connection to the outside world. Such a result would render the two-state solution unviable, with obvious consequences for international efforts to resolve the conflict.” Tel Aviv will of course provide its own logic or display defiance. For them, the security of their state supersedes all considerations.

Ever since the establishment of the State of Israel in 1948, which was carved out of Palestinian land post-WW II, pursuant to Balfour Declaration and Sykes-Picot Agreement, several big or small wars and conflicts between Palestinians and Israelis have continued unabated despite several attempts to bring about a two-state solution. So far, it has all been mere wishful thinking. Security for peace or land for peace formulae and Oslo Agreements, Camp David, Madrid, and Arab Peace Plan have not alleviated the mutual distrust and concerns. Trump’s Deal of the Century was another half-hearted one-sided attempt to address the situation. De facto recognition of Jerusalem as the capital of Israel by shifting the US embassy has thrown away the chances of reconciliation.

Prince Hassan says, “no city in the world has seized the imagination or captivated the soul in the way that Jerusalem has. Revered by more than half the world’s population, Jerusalem is the beating heart of Judaism, Christianity and Islam”. Hence, it will have a final say in the ultimate negotiations whenever they are held.

Why has the violence escalated now has also been a question? Is it politically convenient to escalate the violence now? Is it because both Palestine and Israel have been going through a period of political instability? In Palestine, after a gap of 15 years, the two major political groups Fatah and Hamas had agreed to bury the hatchet and contest for elections to the legislative council in May 2021, followed by Presidential elections in July. However, Fatah and Palestinian Authority leader Mahmoud Abbas (86) are facing an immense challenge from within with splits in the party and is unlikely to succeed, while Hamas appears to have boosted its public approval to a still higher level.

But Abbas, Israel and most neighbouring countries including Egypt and Jordan do not want a resurgent Hamas to take over Palestine. With Abbas facing enough dissidence in Palestine, he used Tel Aviv’s not granting permission for holding elections in East Jerusalem as an excuse to postpone the elections. The fragile unity among Palestinian factions also ruptured further. It also exposed Abbas’ insecurity. The atmosphere led to increasing violence and protests at Al Aqsa, Jerusalem, Sheikh Jarrah and Silwan.  Ultimately, Israel faced rocket attacks from Gaza, leading to an escalation not witnessed in the recent past. In the entire chronicle so far, Hamas seems to have benefitted politically.

Israel has also been beset by four elections with fractured mandates and consequently untenable governments in the past two years. Even now, after Netanyahu failed to form a government, his rival parties are trying to stitch an alliance. The attacks from Gaza and violence elsewhere provides him with an uncanny opportunity to lead from the front while heavily decimating the Hamas resistance. Netanyahu hopes to gain a few brownie points in domestic politics even as Israel also succeeds in weakening Hamas.

Meanwhile, large scale protests within Israel, across Palestine and the region around as also capitals all over the world have been on, mainly in support of the Palestinians. The Israeli Ambassador told UNSC that Hamas targets civilians while Israel targets terrorists. Palestinians call the illegal occupation as the core cause of conflict. Whatever it may be, Hamas will have to be part of the solution in due course and it will be difficult to cast them away as a terrorist organisation.

Regional countries have been condemning the violence by Israel and urging a ceasefire. OIC Foreign Minister’s meet called by Saudi Arabia and the Arab League have taken the lead to call for de-escalation and ceasefire while Qatar and Egypt are trying to help calm down tensions. Russians are also trying to halt the escalation.  Hamas agreed to a mutual ceasefire which was rejected by Netanyahu whose intention is to enfeeble the Hamas capability to inflict damage at least for a few years. The world is calling for restraint. President Biden, who seemed rather reluctant to get embroiled at this stage, made calls to Netanyahu and Abbas urging restraint while acknowledging Israel’s right to defend itself and affirming his commitment to the two-state solution. How much influence can Abbas have over Hamas leader Ismael Haniyeh under the circumstances can easily be ascertained?

UNSC has been a lame duck with Palestine on its agenda for seven decades. This time it took seven days to even convene an open discussion. No concrete results were achieved. Secretary of State Anthony Blinken despatched his Asst Secretary Hady Amr to try and patch up a ceasefire or reduction in hostilities and achieve a ‘sustainable calm’. Finally, under pressure, Biden also called for ceasefire and Secretary Blinken asked Israel to justify the demolition of the building housing AP, al Jazeera etc.

T S Tirumurti, Indian Permanent Representative to UN deplored the violence and expressed deep concern while urging de-escalation and emphasising the Indian commitment to the two-state solution. Speaking at the UNSC virtual meet, he underscored the need to calm the situation and put an end to the ongoing violence and achieve a durable peace through an immediate resumption of dialogue between the two parties. He reiterated India’s strong support for the just Palestinian cause and unwavering support to a two-state solution. Recalling the Indian-Jerusalem connection and pleading for refraining from changing the status quo he said it has a special place in the hearts of millions of Indians. It is a fact of history that the exceptional bravery of Indian soldiers in World War I protected Jerusalem.

When PM Narendra Modi had become the first Indian Prime Minister to visit Palestine in 2018, he had expressed hope to see a free state of Palestine soon. President Abbas sought India’s support for a multi-country mechanism to achieve a ‘just and desirable peace’ with a two-state solution being central. India would be well placed to be an honest and a trusted interlocutor to facilitate de-escalation and prod the two sides to arrive at a mutually acceptable resolution. During the past two decades, interest in the Palestinian issue has reduced regionally and globally.

After a century of disenfranchisement and simmering but often heightened conflict like the current one, it is time for the international community to make a sincere effort to bring the two sides together and generate prospects for a mutually acceptable resolution of the issue in accordance with already agreed principles and resolutions for ensuring security, peace and development of both Palestine and Israel, side-by-side. China has also offered to host the talks in Beijing. President Biden needs to work with Russia, other regional actors and the Quartet to convene an international conference at the earliest and start a meaningful dialogue that addresses all core issues. If we fail, another Intifada or more extremist violence may follow and the cycle of violence will be difficult to stall.