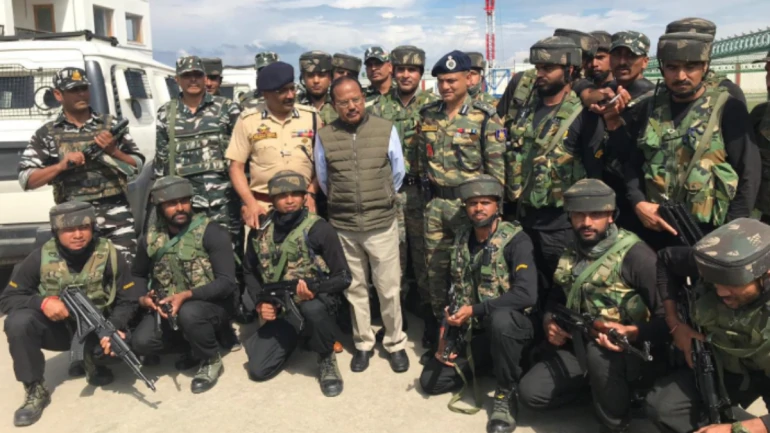 Kashmir: The Next Few Steps

The Parliamentary actions for removal of discriminatory provisions of Article 370 and 35A have been done and dusted. The dynamics of what all follow next are of immense consequence and how these are addressed by the Government would dictate the political and security paradigms within Jammu and Kashmir, rest of India and South Asia.

It is a fact that almost all stakeholders including few self-proclaimed stakeholders didn’t see it coming and hence are in a state of flux and dilemma on how to coherently and decisively respond to the development. Decisive responses from key players should be expected in not less than a week to a fortnight. This gives a very short window to the Government and its agencies to move fast and act convincingly on multiple issues, to preempt likely negative fallouts as also to reinforce the positives.

International opinion, of course, would need to be addressed proactively. The process already seems afoot looking at the immediate and mostly non-committal responses from the Western nations and the Islamic nations at large. China’s measured yet critical response has already been rebuffed by the Ministry of External Affairs. Pakistan and its establishments expectedly responded rhetorically and incoherently. Pakistani political leadership has fed its populace a false and delusional Kashmir narrative all along. Its military-led deep state which has run its affairs for past 70 plus years solely on the Kashmir bogey, is under tremendous pressure to flex its muscle lest they see their so assiduously build empire crumble.

One must certainly expect temperatures along the Line of Control (LoC) to rise; desperate attempts to push in more armed terrorists into Jammu and Kashmir and even other parts of India; use multi-media means including international news platforms with a known anti-India bias to make the development look anti-Muslim and anti-Islam. It will need to sustain the morale of separatist elements in the Kashmir Valley, raise communal passions amongst Muslims in the rest of India and also shore up political support of other Islamic nations.

All these are nothing new. Pakistan has been doing so near continuously with progressively diminishing returns. Yet, the potential impact of its propaganda targeted at the separatists, the youth and the terrorist groups in the Kashmir Valley, must not be underestimated, especially in the short term. The slightest lapse in allowing the Pakistani narrative to prevail in the Valley would seriously undermine Government of India’s critical follow-up initiatives in winning over the support of Kashmiri masses. Abrogation of provisions of Article 370 is intended to unleash the process of integration.

All platforms and dissemination means of Pakistani disruptive and instigative narratives will need to be selectively and extensively blocked. Activities and sermons in religious places in the Kashmir Valley will need to be monitored and subversives are taken to task.

All these would be doable while current restrictions on movement and communications are in place. These restrictions, however, of necessity, once lifted, sooner than later, the challenge of isolating the Kashmiri public from continuing Pakistani propaganda would emerge. Hence, the window of opportunity is short. The Government must move fast to build its dominant narrative in the Kashmir Valley within this short window while restrictions on communications including internet connectivity last. Post lifting of restrictions, electronic measures must remain in place to block Pakistani propaganda channels, websites and social media handles.

At the international level, Pakistan, as already announced, surely would take the matter to the UN. It will utilise the UN General Assembly meeting, due in a month, to mobilise the international community and embarrass India. It should also be expected to approach the Security Council to revive the old & dead disputed status of Jammu and Kashmir and seek an anti-India resolution. The Indian diplomatic community, for sure, would be ready to thwart mischievous Pakistani designs. To those powers attempting to meddle, a firm rebuff must be offered advise them to stay away from internal matters of a sovereign country.

What would matter most is what the Government does internally within Jammu Kashmir. It must immediately launch multiple initiatives and pursue them vigorously and visibly. First and foremost, as stated earlier, it must build and sustain its dominant narrative in the Valley in support of the integration process and the benefits which Kashmiri populace would reap out of it. Next, it must quickly announce setting up of few mega educational and job-creating projects by Corporate India in the Valley and adjoining areas South of Pir Panjal ranges. Commencement of these projects must be visible quickly; preferably, within a month.

Simultaneous with the government initiatives, the security forces need to concurrently ensure an incident-free security environment while assiduously maintaining a citizen-friendly posture, profile and conduct. The governance and last- mile delivery systems must visibly improve. Actions against the corrupt, separatists, subversives and criminals must be fast-tracked and the public at large, informed. The Government must not give itself more than a few months to achieve these concrete objectives and have the Kashmiri populace willingly participating in the integration process. Political activity for constituting the new Assembly of the Union Territory of Jammu and Kashmir could then follow.

Major General Ajay Das, SC, YSM (Retd) is a Distinguished Fellow & Consultant Net Assessment at the Centre for Strategic Studies & Simulation (CS3), The USI of India. An alumnus of NDA, he is a Graduate of Defence Sevices Staff College, Wellington and College of Defence Management (CDM), Secunderabad. He holds two Masters degrees in Defence & Strategic Studies as well as in Management Sciences. He has been a teaching faculty and Head of Department of Strategic Management at the CDM..