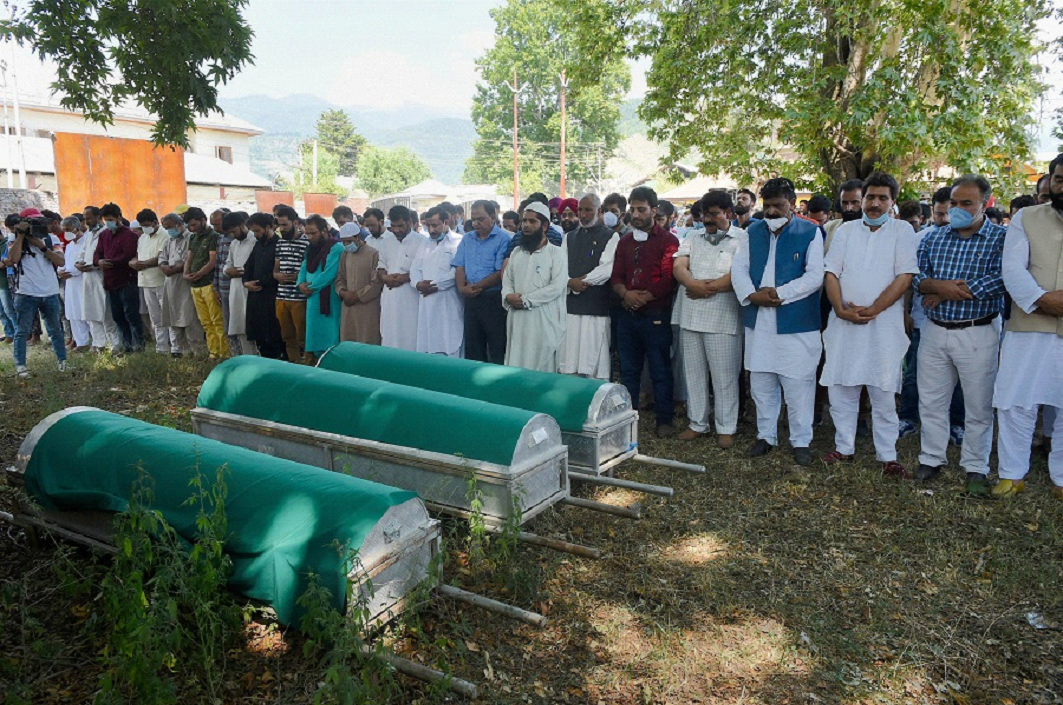 Pakistan-sponsored terrorism has reworked its priorities to focus more on unleashing unbridled violence on hapless civilians, including killing of religious and ethnic minorities. The violence against civilians has all along been executed in waves and its recent spurt is gaining momentum in Jammu and Kashmir. Civilians live with a new sense of siege. Looking at the current dynamics of state-sponsored terrorism in J&K, BharatShakti investigated some of the incidents to unravel Pakistan’s complicity. Our team is bringing out a series of special reportage based on evidence collected during investigations of terror attacks linking Pakistan’s direct connect with various terrorist outfits in selectively targeting civilians.

In the first week of March, 2022, two civilians, including a 19-year-old girl, were killed and at least 35 others injured after terrorists hurled a grenade in the middle of a busy marketplace in Srinagar. Two weeks later on 21 March, one more civilian was shot dead by terrorists in central Kashmir’s Budgam district, whereas a Bihari labourer was critically injured in south Kashmir’s Pulwama. Currently, Jammu and Kashmir is witnessing an uptick in terrorism since October last year when the terrorists started selectively targeting civilians.

On 7 October, Ramresh Paul Singh, a bank employee, learnt of his wife’s death through an image forwarded to him on WhatsApp. His wife, Supinder Kaur, a Kashmiri Sikh like him, had been the principal of a government school in Srinagar’s Eidgah area. Another image circulated that same morning showed a man lying in a pool of blood with a mobile phone still in his hand. He was Deepak Chand, a Kashmiri Hindu, who taught at the same school in Srinagar. That October morning, two militants had barged into the school, singled out the two non-Muslim teachers and shot them dead. 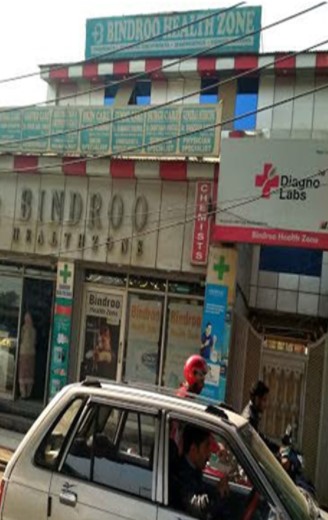 Two days earlier, terrorists shot dead three other civilians in Srinagar. They included Makhan Lal Bindroo, a Kashmiri Pandit who owned a pharmacy chain in Srinagar, who was brutally killed inside his medical store in Srinagar. In another incident, Virender Paswan, a panipuri seller from Bihar, had also been shot dead the same day. At least 11 civilians and nine security personnel had been killed in that month alone.

Civilian killings by terrorists are not new to the Valley. The number of civilian killings has remained in the range of 37-40 every year between 2017 and November 2021 during the last five years according to the Ministry of Home Affairs (MHA) data. According to official figures, 40 civilians were killed in 2017 and 39 in 2018. In 2019, the year the central government stripped the former state of autonomy under Article 370 and split it into two Union Territories, minorities and migrant workers in the Valley started coming under attack from terrorist groups. 36 civilians were killed that year, while the toll in 2020 stood at 33 but this figure has risen to 38 in 2021, according to official figures. 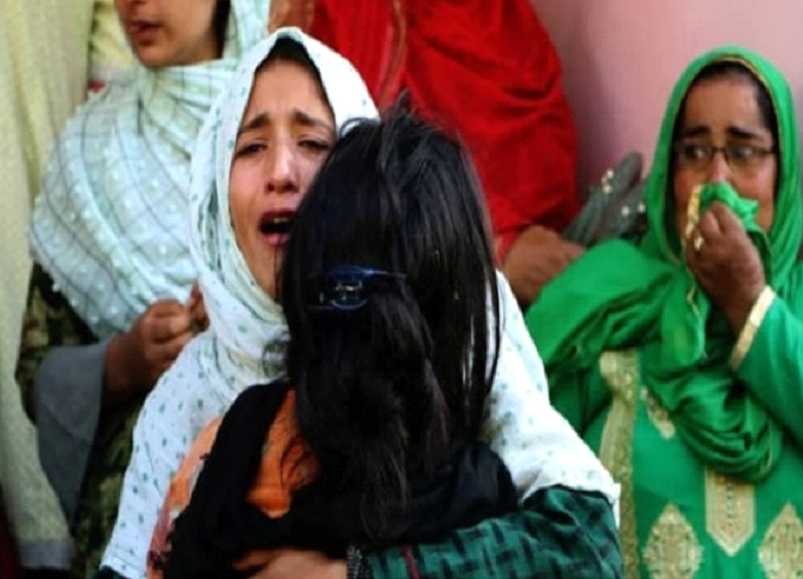 Most of the attacks were carried out by terrorists supported by Pakistan. At least nine belonged to minorities in the Valley and migrant workers from outside the region, killed in a spate of violence that has been gathering pace, since October.

“There has been an increasing trend of targeting soft elements just to spread a feeling that the situation is not normal. These incidents, though sporadic, nevertheless vitiate the whole feeling of normalcy. It’s not indigenous, it’s fomented and supported morally, materially and financially from outside. Only then can an insurgency or activities like this be sustained,” Army Chief General M M Naravane told BharatShakti’s Editor-in-Chief Nitin Gokhale in an exclusive interview earlier this month.

Civilian casualties are indeed a matter of grave concern for security forces and the J&K administration as the region witnesses a renewal of brutal killings, especially of those belonging to the minority communities. The violent attacks have been claimed and perpetrated by a relatively new terror outfit, ‘The Resistance Front’ (TRF).

There is a direct and clear demonstration of state-sponsored terrorism that has increased since the abrogation of Articles 370 and 35A of the Indian Constitution. The role of the Pakistani establishment in traumatizing hapless civilians is visible to all.

‘The Resistance Front’ (TRF) had come into the broader spotlight recently after it claimed killings of civilians belonging to the minority communities in the first week of October. The outfit has issued a statement threatening that ‘The game has just begun’, and it would ‘strike aggressively’. TRF issued a ‘Strategy Note’ declaring that it would single out and thwart any non-local entrepreneurial initiatives and block allotment of domicile certificates to non-locals. It also issued a statement saying, “We openly declare that any Indian who comes to settle in Kashmir will be treated as an agent of RSS and not a civilian, and will be dealt with appropriately.”

According to Kashmir Police, TRF is a proxy tanzeem (Islamic terror group) of the Pakistan-based Lashkar-e-Taiba (LeT) and has been created by Pakistan to make terrorist groups in Kashmir look like indigenous outfits. They are being supported financially by Pakistan. Since its inception, the TRF has mainly targeted Kashmiri Pandits and Sikhs and has warned of more such attacks on minorities in future to force them to leave Kashmir.

The Resistance Front surfaced soon after the abolition of Article 370 of August 2019. It claimed to be mounting an “indigenous resistance” to the government and its alleged agenda of “demographic change”. The arrival of TRF is portrayed as the ‘inception of a new indigenous resistance in Kashmir.’ Over the past two years, TRF has attempted to convey an image of its being a ‘homegrown movement’ despite LeT moorings being visible in its activities.

Chief of the Army Staff, Gen Naravane described TRF as the ‘Terror Revival Front’, citing that the organisation has been floated in times of relative peace and progressive developmental initiatives in Kashmir, such as the rehabilitation policy, de-radicalisation efforts, infrastructure development and the delimitation exercise.

TRF isn’t the only outfit created by Pakistan’s deep state that is portraying itself as native to the Valley in its origin. 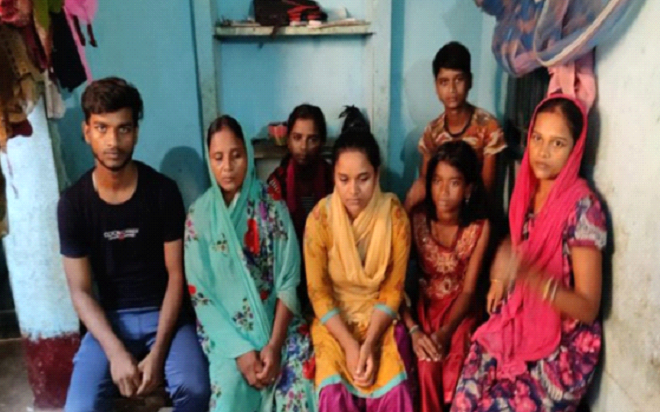 Harmless migrants from Bihar and Uttar Pradesh, who were earning a living in the Valley, were not spared either. Five migrant labourers were killed in Kashmir within two weeks in October last year to trigger panic among non-locals working in J&K. Those targeted were working as labour/hawkers and earning their livelihood lawfully. They were targeted for the solitary reason of not being permanent residents of Kashmir. 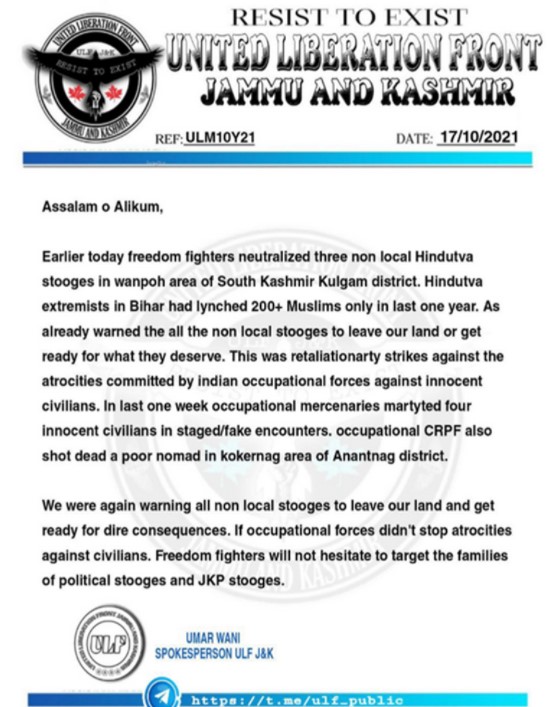 The merciless killings of these workers were claimed by a Pakistan supported terrorist group ‘United Liberation Front J&K’. The outfit justified the killings and alleged that 200 plus Muslims have been lynched in Bihar in the last one year which is factually incorrect and indicates an attempt to vitiate peace and harmony. Such heinous terror acts against the migrant workers is aimed at creating a communal and regional divide in the region.

Terrorists regularly target local businessmen from the minority community who have continued to stay put in Kashmir. They are often targeted with an aim to force them to migrate outside the Valley and also to force them to make a distress sale of their properties.

In 2021, a well-known pharmacist and Kashmiri Pandit Makhan Lal Bindroo was brutally killed inside his medical store in Srinagar. Bindroo’s family had refused to leave Kashmir at the peak of militancy and runs a popular pharmacy chain that identifies with selling life-saving drugs in the region. TRF claimed the attack on Bindroo and justified his killing for ‘posing as a medical professional’ and for ‘organising RSS meets clandestinely’. 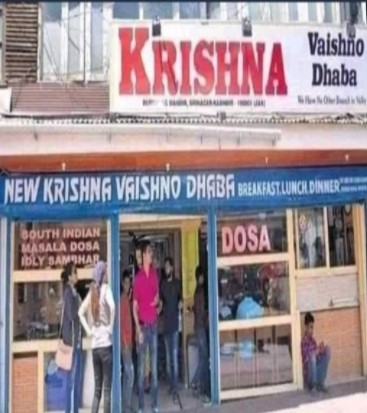 In another incident, a youth Aakash Mehra (22), son of the owner of a popular restaurant in Srinagar was killed.

On 31 December 2020, a jeweler who was running his shop in Srinagar for more than four decades, was killed. He was selectively targeted just because he was issued a domicile certificate for the land where he has lived his entire life. In December 2020, TRF claimed the killing of a jeweler named Satpal Nichal and justified the murder on Facebook for ‘Aiding the colonial project in Kashmir and for being an agent of RSS’. 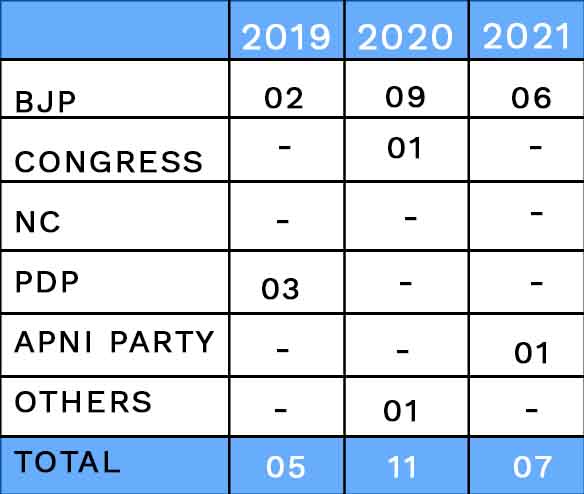 Pakistan supported terror groups have targeted political workers/leaders and elected representatives to dissuade them from participating in the political process and government functioning. There has been a spike in the killings of political workers in recent weeks with terrorists shooting a sarpanch in south Kashmir’s Kulgam district on 12 March; the third killing of an elected representative in the Valley this month itself. A whopping 23 such persons from different political parties have been killed in the last three years.

The creation of these new outfits is amidst Pakistan’s attempt to re-strategise its terror outsourcing, once it was clear that Pakistan is not going to be taken out of the grey list by the Financial Action Tasking Force (FATF) any time too soon. Mounting international pressure, identification of several groups as terror outfits, tightened security restricting insurgency, and illegal cross-border activities, forced Inter-Services Intelligence (ISI) to re-strategise. The creation of TRF and similar outfits was one of the means to provide a cover to Pakistan from the FATF. TRF’s style and manner of attacks clearly outline that the movement is being fought on religious lines.

The killings have brought new anxieties to minorities in the Valley. The ordinary citizen’s life in the Valley is besieged by a new sense of insecurity. Clearly, the role of the Pakistani establishment in traumatizing hapless civilians is visible to all, however, it will neither deter nor destabilize Jammu and Kashmir.