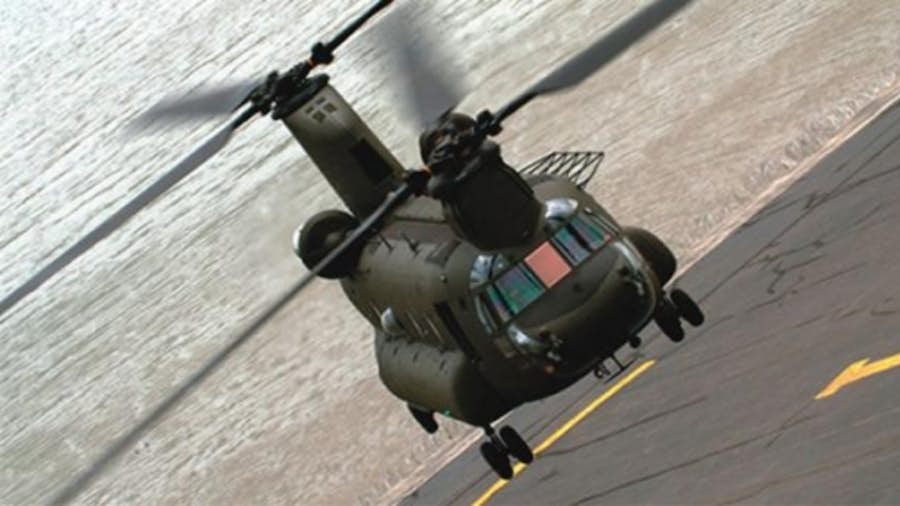 The assessed requirement of the Indian armed forces is over a 1000 helicopters of various types in the next decade or so. The Indian helicopter market is certainly one of the biggest, globally. So far dominated primarily by the Russians and French, other players have now made firm footholds. Further, with the Strategic Partnership model having been finalised, the Indian private players have an option of gaining traction in an area, so long the preserve of HAL, primarily.

The author makes an evaluation of the various categories of helicopters required and the progress made so far. He also throws light on the private players who have started creeping into the market with the competition bound to hot up in the days ahead.

The military sector the world over represents the larger segment of the helicopter market and has been responsible for sustaining the rotorcraft industry. This is also true of India where the military helicopters far outnumber the civil segment. It is therefore no surprise that during the Aero India Show, the emphasis is always on the military segment. This is further corroborated by the fact that the Hindustan Aeronautical Limited’s (HAL) focus also remains on the manufacture of military helicopters with very little investment in the civil market – hence the entire civil segment in India today consists of helicopters imported from frontline helicopter manufacturing companies like the Airbus, Bell and Agusta Westland, barring a few Advanced Light Helicopters (ALH) produced by HAL. 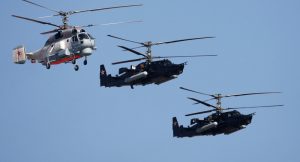 The Aero India at Bangalore in February this year did not have much to show on the helicopter front with regards to the military market. This was due to the fact that most of the military helicopter acquisitions projects have already reached their culmination or are awaiting final Government decisions. However, with the approval of the ‘Strategic Partnership Model’ by the Government recently, we are likely to see a major forward movement in all helicopter projects, which were on hold due to delay in promulgation of the above policy.

A number of major Indian Private Companies like Tata’s, Mahindras and Reliance Industries along with global Original Equipment Manufacturers (OEM’s) like Airbus, Boeing, Bell, Agusta Westland and Russian Helicopters will be keeping a close watch on the progress of these high value helicopter programmes.

In view of the above the Aero India focus this year was on HAL products like the Light Combat Helicopter (LCH), the armed ALH (Rudra), and the Light Utility Helicopter (LUH) – some of which were also on display. Interestingly one of the highlights of the show was the display of a 12 ton mock-up of a Indian Multirole Helicopter (IMRH) by the HAL, an old project which seems to have been revived once again after a decade plus. Army and Navy are the main targets for this class of helicopters.

Military helicopters are an integral part of the land, sea and air operations of modern armies including their ever increasing employment in sub conventional conflicts (counter insurgency and counter terrorist operations) the world over. The operational diversities of the Indian Armed Forces coupled with extremity and variety of terrain (from sea level to high altitude) underline the need for state of art, modern technology helicopters capable of operating both by day and night in the complex battlefield environment of future.

As per reports the armed forces are looking to induct as many as 1000-1200 helicopters in the coming decade ranging from attack and high altitude reconnaissance to medium and heavy lift and VVIP variants. Presently the Indian military holds in its kitty approximately 750 helicopters of all types and class including specialized ones, but majority of these have far exceeded their life span and are either obsolete or nearing obsolescence and the total numbers are scanty – the Navy and the Army alone are looking to induct as many as 600-700 platforms of all types and class.

In this category the Chetak and Cheetah helicopters held with the Army, Navy and Air force are vintage and are awaiting replacement for a long time. There is a requirement of approximately 600 such platforms for the three services and Coast Guard. After cancellation of two earlier tenders for the above class of helicopters in the last decade, there is finally some positive movement on this score, due to the ‘Make in India’ policy thrust of the Government and large scale involvement of the private sector in the defence manufacturing. 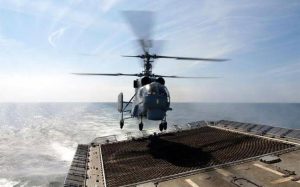 In a major development under an Indo-Russian Governmental agreement, India is buying 200 Kamov-226T helicopters of which 60 would be built in Russia and the balance 140 manufactured in a Joint Venture (JV) between Kamov and HAL with the possibility of involvement of a private sector partner. In addition the under development LUH by HAL would cater for the balance and future requirements of the Army and Airforce which is expected to be another 200-300 such platforms –the LUH is expected to be ready for induction by the beginning of 2018. Both the Kamov-226T and LUH will be manufactured at HAL’s new integrated facility at Tumakuru, about 70 km from Bengaluru which was inaugurated by Prime Minister Modi in Jan last year.

In case of the Navy the RFI for the Naval Utility Helicopter (NUH) was issued in 2015 but there has been no further progress since then with the RFP yet to be issued – however this project is likely to gather speed now in view of the approval of the Strategic Partnership Policy. The Navy is looking to replace its current fleet of Chetak/ modified Chetak, with a twin engine, 4.5 Ton helicopter capable of operating from warship decks and carrying light armaments. The requirement is for 100 platforms. Mahindra Defence has already tied up with Airbus for this venture with Panther MBe as a suitable platform – they have already created a suitable facility in Bengaluru. Tata,s have also tied up with Bell and is projecting Bell 429 as their platform.

In the light utility category, the HAL manufactured ALH/Dhruv has entered service with the Army, Navy, Air force and Coast Guard. The twin engine ALH is capable of high altitude operations and is fitted with powerful ‘Shakti’ engines being produced jointly by HAL and French Turbomeca. While the Army, Airforce and Coast Guard are presently operating 100 plus Dhruv’s, the Navy has not found them suitable to operate from the frigate size ship decks, mainly because of the time intensiveness of blade folding. However, the Navy has inducted a limited number of ALH’s(16) into its inventory which operate out of its shore based installations. The Army and Airforce will continue to be the main customers for the HAL manufactured Dhruv’s in the future. The Army alone is looking at another 60-70 Dhruv’s joining its inventory in the next six to seven years. The Navy is also in the process of upgrading its fleet of 10 Ka-28 Anti Submarine Warfare (ASW) helicopters in a deal signed with Russia costing 310 million dollars.

In the medium lift category, 151 Russian MI-17 V5 helicopters have already been acquired from Russia and a few more are in the pipeline to cater to the requirements of CAPF for Naxal operations. These helicopters are advanced and upgraded versions of the Mi-17 family of helicopters and are produced by Russian Helicopters. The MI-17 V5 is equipped with glass cockpit, night capability and armament package and should boost the armed forces capability in special operations.

In the heavy lift category the few Russian MI 26 helicopters held have poor high altitude capability. These are now being replaced with the time tested and reliable workhorse the American Boeing Company’s Chinook CH 47 which has amply demonstrated its capability in a number of conflict zones in the world, especially Afghanistan – fifteen numbers are planned for induction, but more are likely to be acquired in the near future.

In the holding of specialized helicopters like attack, armed and anti submarine warfare, the few MI 25/MI 35 attack helicopters held with the Airforce are vintage and are to be replaced by the American Boeing’s Apache Longbow on priority. The induction of 22 Block III Apaches is likely to commence soon. In a recent development the Defence Acquisition Council (DAC) has also cleared the acquisition of 11 Block III Apaches for the Army for its Strike Corps – this will form part of a repeat order based on the earlier contract for 22 Apaches. Army’s overall projected requirement is for 39 Apaches for its three Strike Corps and hence more Apaches being acquired in the future cannot be ruled out.

Similarly the Sea King anti-submarine warfare helicopters in the Naval Multirole Helicopter (NMRH) category held with the Navy are also vintage and need urgent replacement with a state of art modern ASW helicopter. The Navy had also conducted extensive trials for replacement of its multirole Sea King fleet with the European NH-90 and American Sikorsky’s (now a Lockheed Martin Company) 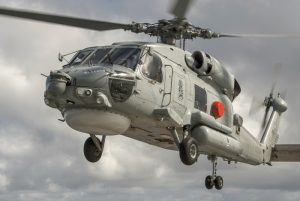 HMAS Success’s embarked Seahawk helicopter, call-sign ‘Odin’, departs the Flight Deck during a training exercise at sea, as the ship and crew make their way to Hawaii to participate in Exercise RIMPAC 2014.

, the naval version of the Black Hawk. After a long wait involving technical, price and procedural issues the Government last year finally cleared the acquisition of 16 x S-70B multirole helicopters with an option to acquire eight more. The Navy requirement is for 120 plus such helicopters which makes it a very lucrative project. It will be interesting to see as to which Indian Company and OEM bag this project under the strategic partnership and make in India policy – the NMRH programme is also one of the targets of the Airbus Helicopters joint venture with Mahindra Defence.

The most significant development by the HAL is the light combat Helicopter (LCH), a state of art attack helicopter with capability to operate at high altitudes. A number of development flights have taken place since its maiden flight on 29 Mar 2010 and the LCH is expected to get its initial operational clearance likely by end of this year. Both the Air Force and Army are the potential customers and are looking at a total of almost 200 helicopters. The Government has already given the initial approval for acquisition of 10 and 5 LCHs for the Airforce and Army respectively. HAL is also looking at the development of a 10-12 ton class IMRH for the requirement of armed forces in a joint venture with a foreign vendor. Though a mock-up was displayed during Aero India, there is no clarity on the way forward on this project. There will certainly be a requirement to collaborate with a foreign OEM as HAL does not have the requisite knowhow and expertise in this class of helicopters.

The military market in India will continue to provide manufacturers with a large number of potentially lucrative opportunities. This is evident from the Indian Military’s requirement of more than a 1000 helicopters of all types and classes over the next decade – India in fact is emerging as the largest strategic market for military helicopters. The approval of ‘Strategic Partnership Policy’ gives a further boost to the ‘Make in India’ policy and sets the tone for the Indian helicopter industry, both public sector and private to acquire cutting edge capabilities in this sector. However, the devil is nestled in the smooth and transparent implementation of this policy.

With the revised civil aviation policy expected to address issues responsible for the ailing civil helicopter industry, the civil market for helicopters is also expected to boom – this would give a further incentive to the Indian industry and global OEMs to invest in this sector. The challenges would be in terms of requisite infrastructure, certification procedures, maintenance and repair organisations and trained workforce to establish a viable ecosystem.