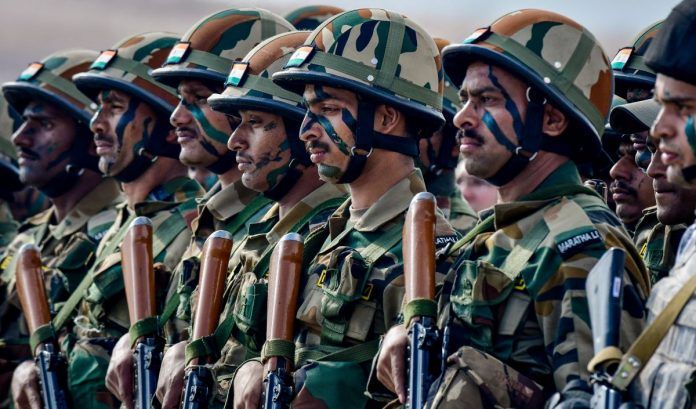 The author addresses an issue that’s been debated less often. How to make deterrence stronger along the conventional axis? His reliance is more on precision and long-range artillery to cause attrition to counterforce targets. The capability enhancement in these areas has not kept pace with the emerging threat levels posed by Pakistan and China. Further, on account of unsound restrictions on the entry of artillery officers into the General Cadre, there is limited perception at the top leadership level, of use of long-range precision firepower’s preeminence in strengthening conventional deterrence.

Army Chief, General Bipin Rawat’s recent statement that the realm of non-contact warfare is very significant and far-reaching. While many scenarios of long- or short-term contact battles will remain in the realms of possibility, their probability is marginal in the nuclear environment involving India, Pakistan and China. The historical extent and scope of battles and skirmishes with China and Pakistan indicate that as time passes contact battles of any significance to change national behaviours, animosities and biases are almost unlikely. Nuclear and conventional deterrent factors will restrict contact battles to small widows of limited scope and duration. So, is armed conflict out of the equation? No. A new form is emerging. In my opinion, we have entered the era of “Non-contact Conventional Deterrence” within the standoff framework of Multi-Domain Operations. Confusing? Let us build from the basics.

Largely, there are two modes of conventional deterrence.“Deterrence by Punishment” which is the threat to impose unacceptable costs, such as the destruction of an adversary’s strategic and high-value targets, in response to unwanted actions. It is offensive by nature. The second mode is “Deterrence by Denial,” which is the threat to deny an adversary the ability to achieve its military and political objectives through aggression. It is defensive in nature.

How does conventional deterrence translate into the current Indian operational context? One must examine the non-contact paradigm which the COAS was talking of and fit it into the Indian situation vis-a-vis Pakistan and China and then examine which form of deterrence will operate in our operational framework. 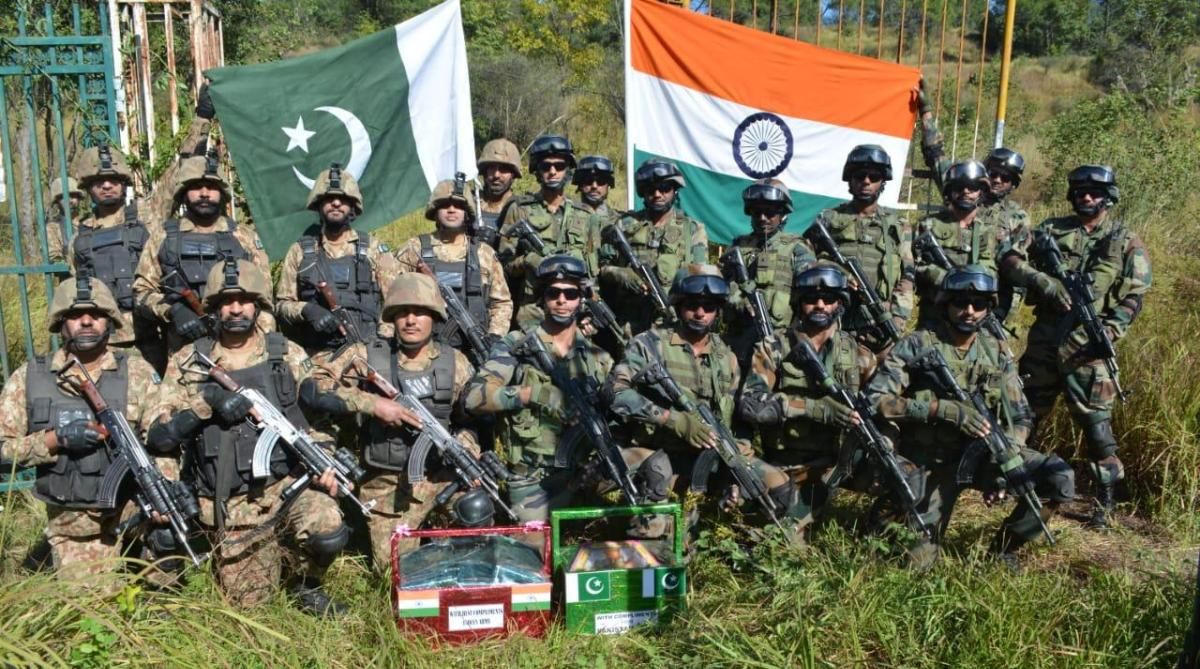 India has not been able to prosecute the war to punish Pakistan for its role in sponsoring and using terrorism in Kashmir and elsewhere. It has always sought to engage Pakistan through an elusive manoeuvre-based blitzkrieg. However, in the risky business of war, where outcomes are unpredictable, any form of contact battle can spiral out of control.  In the Indo-Pak nuclear overhang, the International community rushes in to douse fires at the first smell of radiation. In such a scenario, India has not been able to deter Pakistan from continuing to do what it wants.

Pakistan has employed the stability-instability paradox to continue aggressively with its low-cost high-value strategy of a proxy war under the stability of nuclear deterrence. Cross LOC ground-based surgical strikes have not deterred Pakistan. Cross border airstrikes on Balakot have been responded to by Pakistan and have even enabled them to “Declare Victory” after downing just one aircraft. The conflict dynamics of the LOC, however, provides an opportunity to India to put in place a credible plan of “Non-Contact Conventional Deterrence” using the very same stability-instability paradox. It hinges around the unfashionable but effective “Attrition”. Conventional deterrence in this instance must be presaged upon non-contact punishment through ground-based precision strikes. This concept must be understood and seen beyond normal artillery duels. Pakistan should feel the pain of losing something significant whenever its proxies increase terror activities or engineer an incident in India.

Modern guns like M777 ULH and Dhanush have accurate direct firing, night engagement capabilities up to 5-6 km. Hence a Kargil type of destruction can be planned. Additionally, the Pinaka has pinpoint capability up to 60- 70 km. Combine effective Humint, Elint and Surveillance the standoff results will be deadly. Pakistan will contest the battlespace. So be it. We just need to out scale the effort in time and space. Attrition – good and old fashioned, will bring into play India’s economic strength to overmatch Pakistan. The advantage across the LOC is that India can contemplate engaging counter value targets whereas Pakistan cannot. We need to remember that India has always defeated Pakistan at a time and place of Pakistan’s choosing. The time has come to engage Pakistan at a time and place of our choice to deter it. Overall, Pakistan can be reined in by “Deterrence by Punishment”. 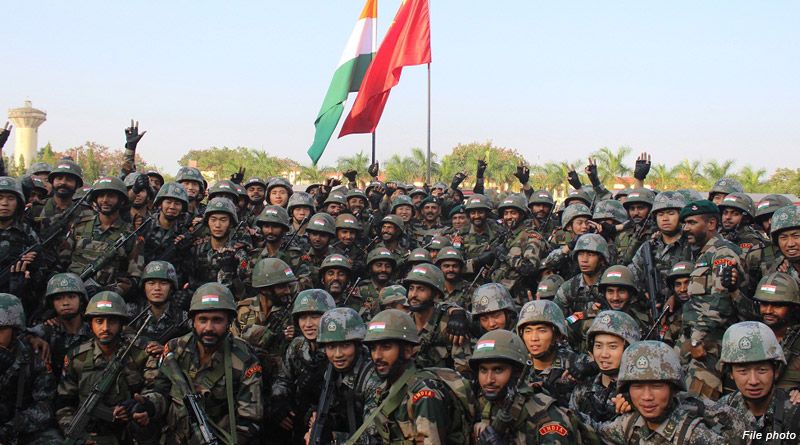 Sino India clashes have been largely averted due to a stability-stability paradigm in which both countries find themselves boxed in. The Doklam incident threatened to breach this détente but fell back into the old paradigm. However, what emerged is that the Chinese exhibited aggressive intent. Look at the larger picture. China has embarked upon one of the largest military expansion programs since World War 2. It is employing domain capabilities in space, cyberspace, Infospace and electromagnetic spectrum for military purposes unabashedly. It is practising its well-publicized theory of “Unrestricted Warfare”. Its aggressive intent has been demonstrated in the China Seas and its utter disregard for international laws. It is only a matter of time that China will turn up again on our Northern Borders with aggressive intent to enforce its will through conventional local military action. Any such action must be thwarted through a “Deterrence by Denial” capability.

It is my guesstimate that the next Chinese aggression will be premised on a quick local victory which cannot be contested by India in time. The aim would be to declare achievement of limited but remonstrative political objectives to set humiliating conflict termination terms on India. We need to deny them such “quick local victories”. China must be convinced that it cannot achieve its political objectives at least cost and double-quick time. China must be made to understand that the next conflict with India will be long and protracted enough for it to commit sizeable forces and spend a hell of a lot of effort which will eventually open the Taiwan front door. They could then end up with internal political instabilities.

If China is convinced that “quick local victories” are unattainable then the long-drawn battle is pushed further away. Overall, if China is convinced that there is a “high chance to lose face” in any exchange then it would have been deterred. To achieve that we need to put incredible firepower which can dislocate (through standoff) attempts at “quick local victories”. If we are in a situation that air forces cannot be used for the standoff, then the only recourse is long-range precision fires. We need to have a capability and a plan to convince the Chinese that long and medium-range precision vectors will punch back after even taking a hit to deny Chinese goals. If we can do that, we would have put in place a non-contact deterrence capability by denial.

It is said that “Credibility” is the magic ingredient of deterrence. Credibility is about having military capability and the political will to use it. This must be signaled and communicated unambiguously to an adversary. In an active Indo-Pak situation, credibility can be demonstrated by execution so that the adversary can unmistakably understand what is in store for him. In the Sino- Indian situation, credibility signalling must be more nuanced. Capability development, build-up, deployment and exhibition are some methods. Political and financial intent to undertake such an exercise is the first step. Military discussion and debate are also steppingstones in the process. There are many more steps to climb based on a clear-headed policy. To achieve this the Indian Army must shed its shortsighted counterinsurgency thinking to get to answers.

The root capability of non-contact conventional deterrence is precision. Precision enhances credibility, promotes concentration and ensures the economy of effort. Precision capability combined with range contributes to the effective standoff. It also minimizes undue collateral damage. India and the Indian Army must do some serious thinking on this. Mere wish listing will be hollow. Focused effort should be put in place to develop precision capabilities indigenously. This is going to be the toughest ask for a military which does not understand technology well and has not been able to harness technology to its own best effect. There are some fundamental issues here. I do hope that one amongst the RM, NSA, Service Chiefs, the Defence Secretary and Chairman NSAB get to read this and start a constructive discussion amongst themselves.

Tools of non-contact conventional deterrence are only two for any military in the world. They are Aircraft (manned or unmanned) and Artillery (guns and missiles). The rest like Infantry and Armoured Forces can contend that they have a major role to play due to their Napoleonic attributes. However, they are severely limited by their range and effect especially in the terrain we are talking of. Hence, they will be consigned to peripherally as far as non-contact deterrence is concerned. I am raising this issue specifically since the deeply regimented Army is beset with a lanyard vision.

As far as Aircraft are concerned, one must consider factors associated with conflict escalation and their limitations in the fickle weather of Himalayas. However, their efficacy in “Deterrence by Denial” in the open terrain of Tibet is prime and very high. Resultantly there is a need to develop Indian Artillery as the sheet anchor of the non-contact deterrent force through logical thinking and focused capability building. The Indian Artillery on its part should seriously start thinking of “deterrence” rather than the hackneyed destruction or neutralization which is not going to take place. The main tools of non-contact deterrence should be buttressed by other supplementary domains which involve Info Space, Electromagnetic spectrum, Space and Cyberspace capabilities. Ultimately, we need to develop a noncontact conventional deterrence capability which can operate through multiple domains.

The operational context which India confronts is clearly nuclear with ever decreasing space for contact situations. The time has come for India to think – non-contact, attrition, deterrence, and other unfashionable but effective ways of waging conflict. India needs to develop a robust noncontact conventional deterrence capability which can operate in punishment and denial modes. More importantly India needs to develop its Artillery to deliver punishment or deny the adversary any easy victories. Did some wise man say that “Renown awaits the commander who first restores Artillery to its prime importance on the battlefield”?Yes. It was Winston Churchill. While I acknowledge the efforts to rebuild Artillery capability, I also see a distinct lack of Artillery officers in the higher echelons of operational leadership of the Indian Army. I think it is time for the Government to step in and correct the situation. Otherwise, India will have brawn without brain!