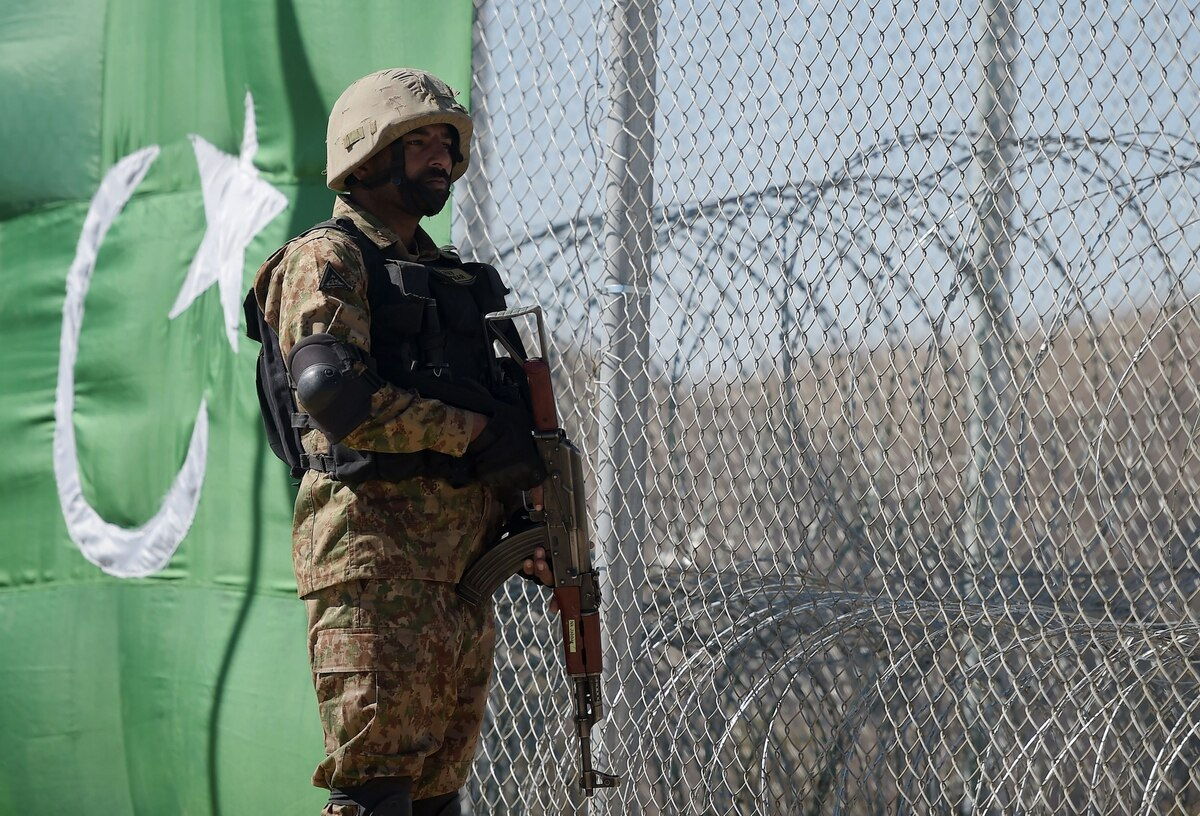 Pakistan has more Enemies than Friends along its Borders

Pakistan has commenced fencing both its volatile borders; Iran and Afghanistan. For this it spends money it had earmarked for China Pakistan Economic Corridor (CPEC) projects, forcing it to approach China again for another loan. Pakistan has been rattled by terrorist strikes from both borders as also increased military threats.

Pakistan and Afghan forces clashed along the Durand Line recently. Reports suggest Pakistan suffered casualties in the clash. This is neither the first clashes nor will they be the last. Afghanistan does not recognize the Durand Line and claims the area up to the Indus River based on historical data and spread of the Pashtun population. They have opposed the fencing of the border presently being undertaken by Pakistan, which could subsequently be used to legitimize the border.

In recent days, relations between Pakistan and Afghanistan have worsened to the level that the consular section of the Pakistan embassy in Kabul has ceased functioning. Pakistan has been displaying videos on social media of harassment of their embassy personnel in Kabul. In desperation, the Pakistan foreign office called in the Afghan Chargé d’affaires in Islamabad to protest the ‘harassment’ being meted out to its staff in its embassy and missions. Afghanistan has also been accusing Pakistan of similar harassment.

Both countries have been accusing the other of supporting terrorist groups operating on their soil. Every time there is a terrorist strike in Afghanistan the blame, and correctly so, is placed on ISI’s support to the Taliban. Pakistan support to the Taliban and Haqqani network is accepted globally. Their base in Quetta and backing provided by the ISI has been unofficially admitted by their own PM, Imran Khan. 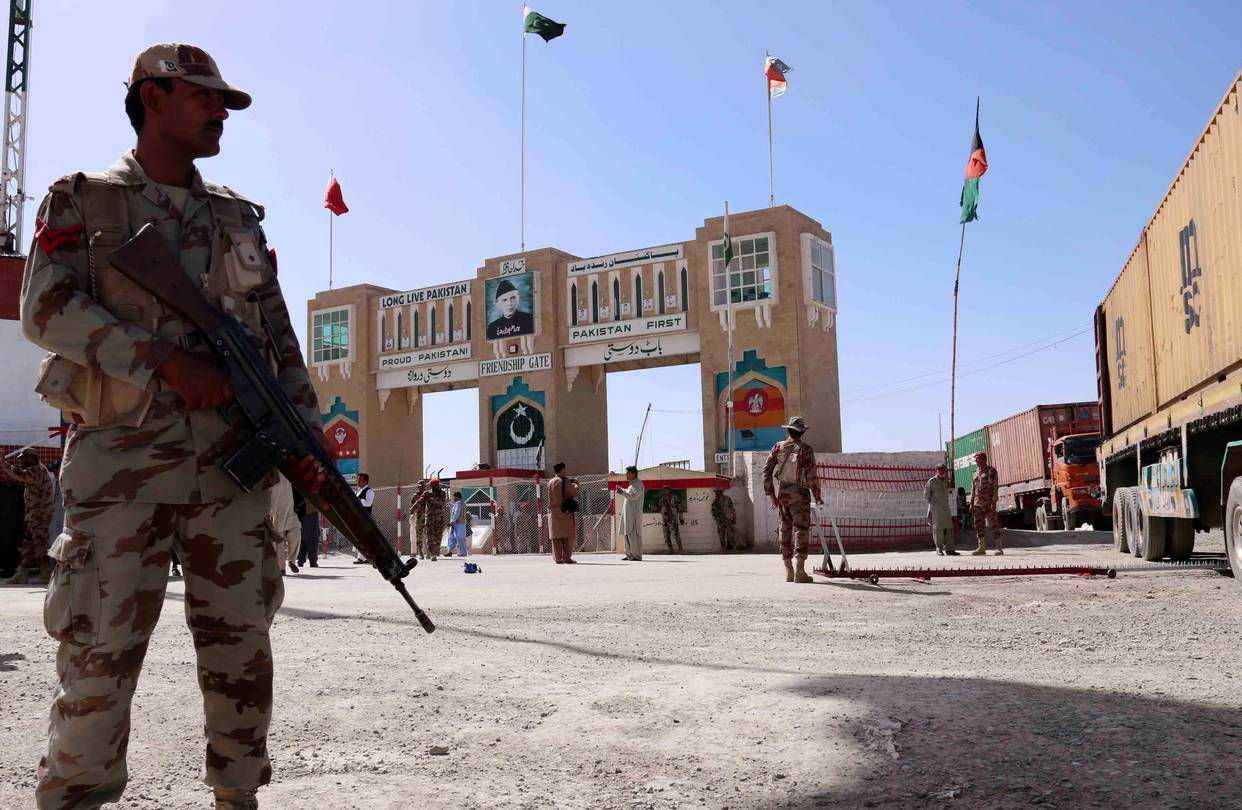 Similarly, Pakistan accuses Afghanistan of providing shelter and support to the Pakistan Taliban (TTP) and the Baluch separatist movements. It claims that both these groups are armed and supported by the Afghan National Directorate of Security and the Indian R&AW. It has never admitted that these groups rose because of the flawed actions of their own army.

The latest Baluch uprising commenced with the rape of a Baluchi doctor by Pakistan army personnel in 2005 and the TTP rose from the ashes of the attack on the Lal Masjid in 2007. The DG Inter Services Intelligence and Foreign Secretary of Pakistan visited Kabul last week, seeking to resolve differences. The outcome of the same would soon be known.

When the Pashtun Tahafuz Movement (PTM) was at its peak and was being brutally suppressed by the Pakistan army, all members of the Afghan government wore Pashtun caps in solidarity. The Pashtun community is divided on both sides of the Durand Line, with majority in Afghanistan.

The biggest fear of Pakistan is that a Pashtun dominated strong government in Kabul would not recognize the Durand Line and enhance tensions. This would imply both major borders being tense. Thus, it has continued to support the Taliban, hoping for a government in Kabul amenable to Pakistan, while simultaneously desiring a weak state of Afghanistan.

While Pakistan has also commenced the fencing of the Pakistan-Iran border it continues to fund the Sunni dominated anti-Iran terrorist group Jaish-ul-Adl. The group has been responsible for regular attacks on Iranian border guards. Iran has threatened retaliation in case there is another strike.

In April this year, while on a visit to Tehran, Imran stated in a press conference, “I know Iran has suffered from terrorism [perpetrated] by groups operating from Pakistan. …we [need to] have trust in each other that both countries will not allow any terrorist activity from their soil. We hope this will build confidence between us.” Iran is aware that anti-Iran terrorist groups are supported by Pakistan because of Saudi pressure.

On the contrary, Pakistan blames Iran for housing Baluch terrorist groups which seek freedom for Baluchistan. These groups have been targeting Pakistani forces. The lack of trust between the two countries was reflected in the joint statement issued at the end of Imran’s visit to Tehran. The statement merely read, “Bilaterally, the two sides exchanged views on issues related to Pakistan-Iran border security.” There was no mention of further discussions on the subject to resolve differing perceptions.

Imran visited Iran and Saudi Arabia, hoping to mediate and enhance his ties with Iran. He even claimed that the Saudis had asked him to mediate. The Saudi Foreign Minister, Adel al-Jubeir, denied such a request leading to his embarrassment in Iran.

Till recently, China had accused Pakistan of providing shelter to terrorists operating in Xinjiang. While relations between the two have improved, Chinese investment in the CPEC has increased and so has the suppression of its Uyghur population. China is aware that the East Turkestan Islamic Movement, comprising Uyghur jihadists continue being based in Pakistan.

Pakistan nationals have formed part of all terrorist groups which operate globally. Almost every international terrorist strike has a Pakistani link. Its migrants have been involved in terrorist strikes in every country which has sheltered them. 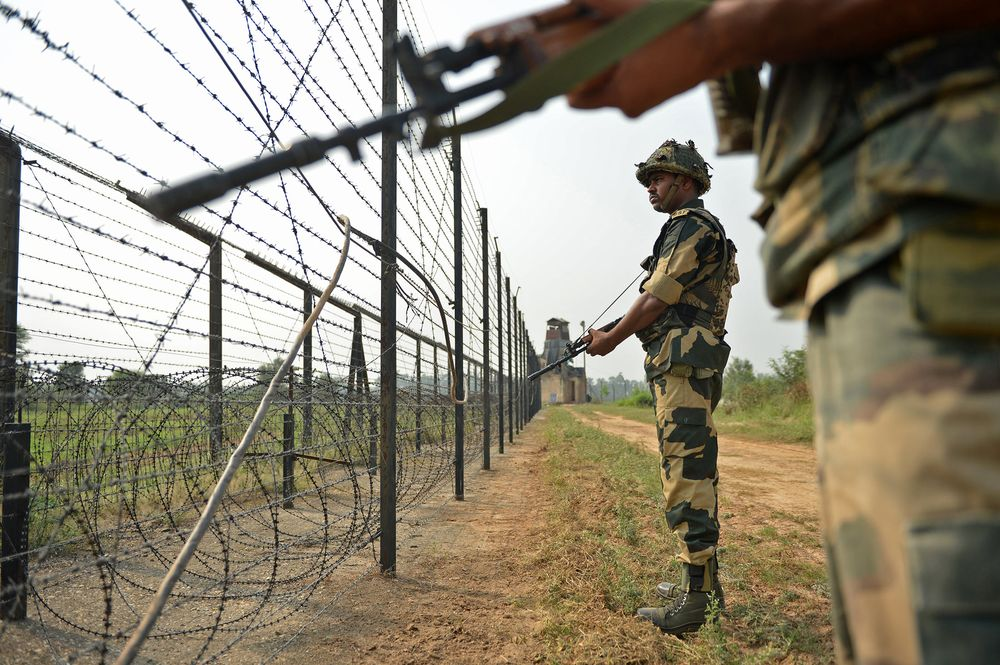 Relations between India and Pakistan have never been cordial. Pakistan’s continued support to terrorist groups which operate on Indian soil have been globally acknowledged. Thus, tensions on the Indo-Pakistan border have always remained and would continue being so.

Pakistan has rightly been criticised for supporting terrorism as an instrument of state policy, and hence finds itself on the FATF Grey List. Its claims to having lost thousands of lives in the fight against terrorism is fake as these casualties have been caused by Pakistan fighting terrorist groups created by to its own misadventures, mishandling of its own institutions and subduing peaceful protests by use of force.

It’s possibly the only nation, which has by its approach and policies, created enemies all along its borders. Other than China, no country in its neighbourhood is willing to support it.

All its neighbours cannot be wrong at the same time. On the contrary, there must be something wrong with Pakistan’s policies. The basic problem is that Pakistan has historically remained insecure on all its fronts. Pakistani leadership apparently believe or possibly have been made to believe by its deep state, that it is surrounded by enemies which seek to destabilize it. Hence it employs terrorism as an instrument of state policy. It has never looked inwards to determine why there is no neighbour, other than China, with whom its relations are secure.