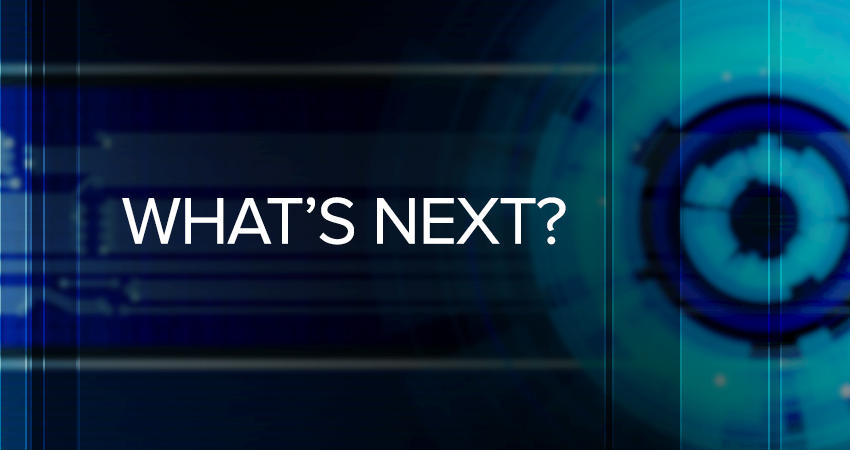 “From income inequality to climate change, technology will play a critical role in finding solutions to all the challenges our world faces today. This year’s emerging technologies demonstrate the rapid pace of human innovation and offer a glimpse into what a sustainable, inclusive future will look like.”

Technological changes are always fascinating. Changes in the Military Technological landscape are both a matter of awe and inadequacy. As the level of decision-making spirals hierarchically, the technological deficiency in the current inventory escalates the ineptitude of the practising military strategy. The Capital Acquisition processes the world over, inherently are outpaced by technologies appearing on the horizon that makes the contemporary inventory seem impoverished. Woebegone the fate of nations, who succumb to these rapid changes, without having the patience and foresight to let the technology mature and prove itself, before incorporating it in conformity to the existing war fighting country-specific dictums.

Technology has been touted as fundamental for social change. Is there a nexus between scientific discoveries, to use the term loosely and the end- users of such technological discoveries that discriminates between ‘Civil Use’ and ‘Military Application’? Obviously not! As the author has more than once, alluded to in his publications on disruptive technologies in the past, the pattern of research by the scientific community and adoption by the military and vice versa has been disrupted many times over and the military R&D has often tipped the civilian utility for adaptation; the civilian numbers making economic sense for adaptation notwithstanding.

Think Tanks the world over carry out technological reviews for emerging technologies and its impact on military strategy and christen their research as ‘Future Scenarios’ or ‘Alternate Future’ or ‘Key Trends’ to ‘Revolution in Military Technology (RMA).’ Whatever the semantics, one aspect that stands clear through the revolutionary approach methodology is that materials, medium and precincts of physics application have been pegged through the use of quantum computing and analytics. A fair kaleidoscope of how technologies will pan out soon has been has been drawn fairly accurately for countries to factor in the operational and strategic operating paradigms.

The challenges posed by the mosaic of technologies emerging on the horizon will need to converge the requirements for weapons, platforms for the primary and the support vectors, training and budgeting. In the Indian scenario, the monies have to be well balanced between the Capital, to incorporate emerging technologies and the Revenue heads, which sustains the inventory. The added challenge of modifying the existing operational plans and tactics to optimally exploit the onboard emerging technologies as well as mitigate the vulnerabilities by so incorporating will need to be addressed. The Perspective Planning Directorate part of the General Staff, while drawing out the PolicyStatement (GSPS) for the battlefield milieu up to 2040 can now factor the technological umbrella under which the Indian Army would be expected to operate. This would also facilitate the specific enablers likely to alter the Indian military capability radically.

Cyborg, Androids, Humanoids and mechanoids are phenomenons that the militaries need to exceedingly get used to Collision and collaboration between the digital and physical world are generating options that are altering the battlespace. Wearable devices with communicating, commuting and routing features generating the relevant operational picture to the practitioner using AI and ML is forming part of the battle fatigues, translating information superiority to combat power.

Platform-based ecosystems are known to be the new dimension of missions, using cloud computing, ISR and situational awareness that operate across military entities like the Infantry, Armoured Corps and Artillery and services like Army, Navy, Air Force, Cyber, Space and the Strategic Forces Command. Security of the enterprise across geographies and the medium is inbuilt for resilience against spoofing, cyber-attacks and viruses. Digitization as a platform has converged the requirements of operations and training on the same page. From the Common Operational Picture (CoP) to virtual, augmented and mixed reality for training, the renewed architecture for military operations converges on the digitized platform. The battle for control of the Electro-Magnetic (EM) spectrum is currently on to ride the wave of disruptive technologies, as they mature.

Amongst others, Sensor technology, referred to as the heart of any system, Robotics, Autonomous Vehicles, both ground and aerial, AI, Internet of Battlefield Things (IoBT), Nano and Biotechnology and Quantum Computing have all prompted the World Economic Forum to term these developments in the realm of the ‘Fourth Industrial Revolution.’ The revolution indeed has ramifications on the way nations will engage in the future, deterrence and how wars will be waged and fought in the times to come, cumulatively having a profound impact on global security. The challenge will lie on how quickly nations adapt to the changes, factor their environmental realities and make transformational changes to their structures.

Sensors in their manifestations provide exponential advantages to the military practitioners and provide solutions in terms of sensing, computing, control, monitoring and execution to the military commanders. Weapons, vehicles and armament in the land, air, maritime, space and cyber domains, all rely on a smart and intelligent array of sensors for ISR capable solutions.

Sensors vary from Active sensors, Smart sensors, Intelligent sensors, Camera sensors, IR sensors, Micro-Electro-Mechanical Systems (MEMS), Nano-sensors and Wearable sensors. The entire gamut of sensors as technology has provided incremental leverages to the military and is being used for observatories in advanced stations and as target designators. Sensors in Electro-Optical devices facilitating operation through fog and dust prove operationally valuable to the tank men operating in the deserts. 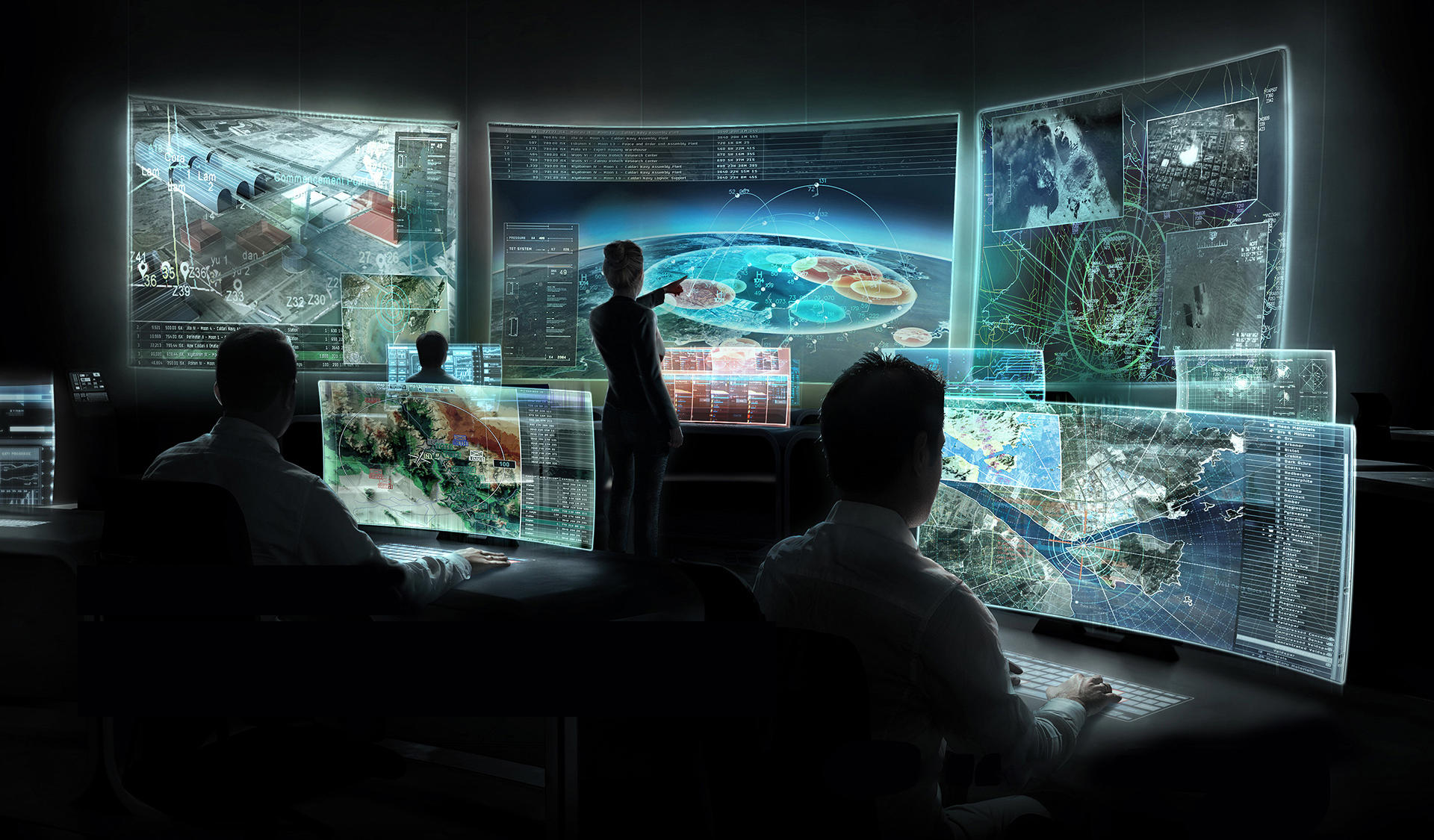 The next big military technology boost is in the field of Computers and Communication systems that transmit and receive data. Riding the EM spectrum for command and control systems and weapons communication have accentuated the vulnerabilities for exploitation by inimical elements, not necessarily military. Cyberspace is the new medium for waging wars where critical functions of the state are attacked without the necessity of crossing boundaries and even owning up the attack. Synchronization of domains, both cyber and Electronic Warfare (EW) will ensure future operating medium advantage to dislodge adversarial forces with exponential gains. This type of warfare can yield strategic results without kinetic engagements. Cyber vulnerabilities are not static and evolving dynamically in a measure-countermeasures scenario.

Major weapon platforms and key enabling technologies that provide the edge to these platforms appear to be the next revolutionary change. As per the Forecasting changes in Military Technology 2020-2040 report by Brookings, Offensive cyber capabilities, System of systems approach and Internet of Battlefield Things, AI, Robotics and Autonomous systems appear revolutionary for change; While, Laser communications, Quantum computing, Explosives, Battery Powered engines, Rockets, Armour, Stealth, Satellites, Non-lethal weapons, Electric and rail guns, Nanomaterials and Human enhancing devices and substances have experienced high advances and would be able to materially impact outcomes in battle-implying thereby, that the advancement is in mission mode.

Multi-spectral radars, developed to cope with development in stealth technology materials have an inherent disadvantage of shorter ranges and at the same time have been countered by miniaturized decoys and jammers with enhanced autonomous capability for dispensing. Improved computing power allows satellites and other sensors to have their data synthesized automatically using algorithms and AI. These kinds of multi-platform networks facilitate mitigating dangers associated with Anti-Satellite (ASAT) weapons attacking high-value targets.

Miniaturization of space assets, with payloads becoming smaller and small earth observation satellites with resolutions of up to 3 meters and 5 kg payload have enhanced the military use of space as a medium. A constellation of smaller satellites maps the entire surface of the earth to detect changes in troop and assets deployments in areas posing as potential flashpoints. Development of ASAT potential, when advance missile systems and space launch capabilities spiral in the landscape, is a given. The race between US, Russia and China is already on and all have at some point in time shot down low earth orbit satellites. There are reports of loitering satellites in the geosynchronous orbit with payloads laden with explosives to act as space mines.

Autonomous vehicles, an area where India too has embarked in the last decade has a parallel growth trajectory along with Robotics. ‘A’ vehicles for CBRNE reconnaissance, Minefield clearance, Step up stations for a communications hub, logistics resupply to the fighting echelon is some of the tasks envisaged. The US, as per programme report, is in the throes of developing an autonomous vehicle with a capability to decide when to shoot and whom to kill. Small robots operating in swarms, bearing capabilities of communicating within themselves, identifying weak spots in defences and relaying real-time information appear the ‘Hyper Attacks’ that may permeate the warfare landscape.

Hypersonic vehicles, operating at speeds greater than Mach 5 that place targets anywhere in the world within an hour’s striking range from the decision to launch are on the anvil. The boost-glide vehicle that glides towards its target in the attack mode even at high altitudes alters the attack methodology. Engine propensities have been enhanced for greater power to weight ratios facilitated by the adoption of exotic materials like ceramic and nanomaterials, metamaterials, composite artificial materials derived from constituent elements like metals and plastics and can attenuate returns from low-frequency radars facilitating stealth. Nanomaterials in explosives and use of Explosively Formed Projectiles (EFP) transferring the energy of attack for better effect have been developed.

Non Lethal Weapons attempted to promise a revolution a couple of decades ago, but in all military situations, the lethal option has been invoked and obviously considered the preferred option. Solid-state Lasers, High powered Microwaves under the ambit of DEW, all of which have tremendous use against high profile attacks like the swarms, satellites, UAVs are being improved for their limitations of range and power requirement.

In the CBRN domain, use of biological pathogens occurring naturally like the Ebola to weaponise its impact rather than develop specific biological warfare agents appear to be the preferred option. In the much-eulogized serial Tom Clancy’s Jack Ryan, an American political thriller spy web television series, smuggling of Ebola by non-state actors from the Congolese mainland as a vector to be used against the political dispensation in the US has been amply exhibited.

India’s place in the evolving world order, geo-strategically, is coming of age with Power Play Dynamics and Power Transition Theories being put to test. No one defining moment would possibly dictate the emerging World Order. The instruments at the altar of State Policy, pitched appropriately, synergized with tempered State Craft and balanced perspective could seamlessly transit India to the place it vies for. It is perhaps with assistance from the Digital Disrupters, factoring own geopolitical realities that the desired outcomes will be derived. Leveraging the technologies in the defined future timelines remains the only option.