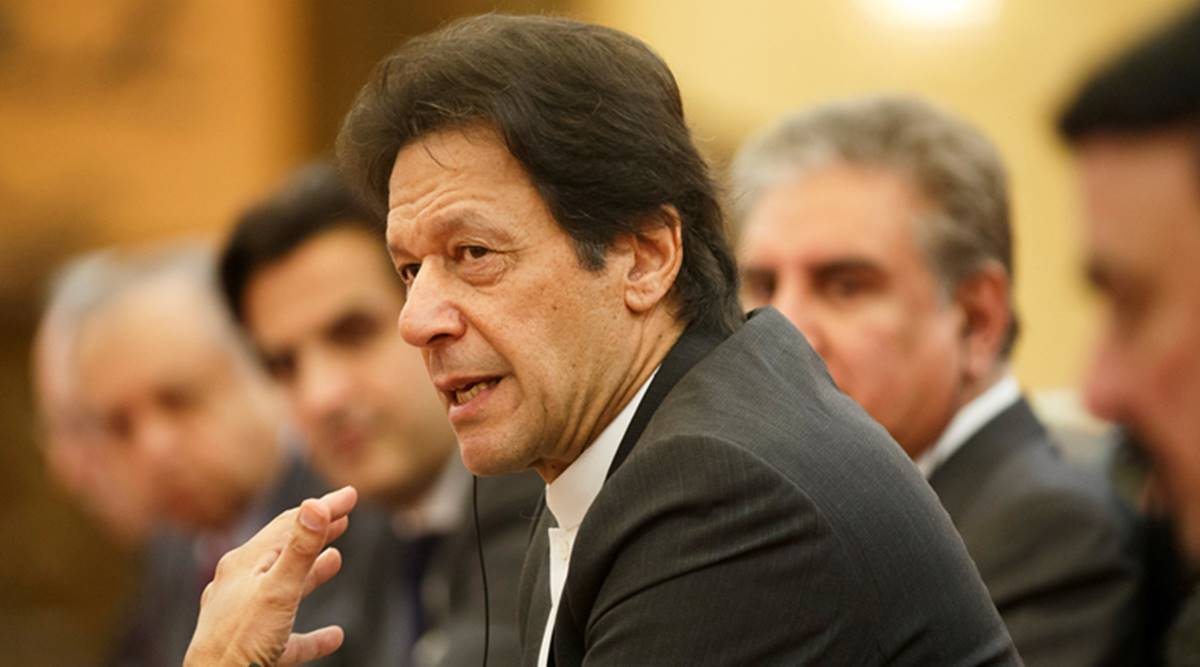 Pakistan: A State Progressing From Failing to Failed

India has a problem just beyond its borders that has abundant ramifications on our side of the divide. Even with the recent infusion of billions of dollar by a few countries, the Pakistani economy shows no signs of progress. The same goes for social cohesion, law and order and almost every other factor that could form a part of the matrix in identifying failing states. Imran’s chants and the Pakistani military driven governance is unable to stall Pakistan’s southwards skid. The author provides a no holds barred assessment.

In the early days, everyone from Churchill to the last Pakistani felt that a heterogenous India was unnatural, ready to disintegrate anytime. After cycles of seemingly chaotic electoral democracy, India is striding forward to take its natural place in the world order – stronger and cohesive despite its huge contradictions.

On the other hand, Pakistan was considered, a homogenous, natural and progressive state. They conferred frontline status to Pakistan as a medal of contrived honour. It went through cycles of failed democratic experiments, coups and dictatorships, got Balkanized, and what is left is an unnatural state, in a constant flux of failure.  It revelled at being a frontline pawn in other’s chess boards and suffered causalities as all front liners do. It is now staring down the barrel. Transiting from being a weak state in perpetual failure to a permanently failed state edging towards chaos, collapse and disintegration.

Pakistan, in its worst periods, has not been this fragile. I have deliberately used the terms Fragile, Weak and Failed. These need to be understood in the Pakistani context. 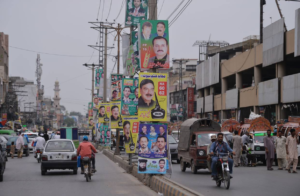 A fragile state has multiple fault lines. They could be due to political instability, competition over lack of resources, poor leadership and governance, corruption, the insufficient coping capacity of state systems, unresolved group grievances and ethnic and religious differences. Fragility could lead to violence, breakdown of systems, humanitarian crises or other emergencies. It leaves citizens constantly vulnerable. Fragility in Pakistan is neither complex nor unpredictable. Pakistan ranks 23rd in the Fragile States Index in which Yemen and Somalia take top honours (India ranks 74 and China 88).

A weak state is a nation whose government or institutions are unable or unwilling to provide a significant set of essential public services, including just and legitimate government, physical security, food and health and minimal economic development. Pakistan ranks 33rd in a list of weak states headed by Somalia and Afghanistan (India ranks 67 and China 74).

A failed state is one where the responsibilities of a sovereign government can no longer be executed. It includes loss of territory, a monopoly on the legitimate use of physical force, erosion of authority to make collective decisions, inability to provide public services and inability to interact with the international community as a legitimate member.  A state can also fail if the government loses its legitimacy despite functioning properly. When standards of living decline and total government breakdown sets in, then failure is imminent. Pakistan is one of the states in danger of failing as per the World Population Review. Another system puts it in the failed category. A collapsed state is an extreme version of a failed state.

Others use a variation of these metrics which generally overlap. An overview indicates that Pakistan is weak, fragile and in the danger of failing. However, it has not yet failed. It had improved in the recent past. Then what is the issue? Pakistan’s recent nosedive is not easy to recover from. Recovery is possible only if it takes drastic actions. If it does not, failure, if not collapse is almost certain. The scale and timing of the outcomes may be contestable. The fundamentals and the direction in which Pakistan is heading cannot be wished away. Let us look at them. 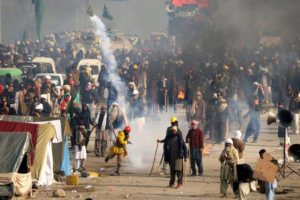 Political instability is endemic to Pakistan with governments alternating between legitimacy and illegitimacy. Imran Khan, propped by the Army, does not have a free hand. His government is unable to handle the economic crisis. There are talks of differences of opinion with the Army. There is also talk of a change of government. Pakistan cannot go back to its traditional parties who stand marginalised on proven corruption charges. The Army is reluctant to take over. It prefers the safety and unaccountability of backseat driving. When any country’s National Security Committee starts to meet for economic solutions then things are seriously wrong.  Political instability will endure in this duopoly. 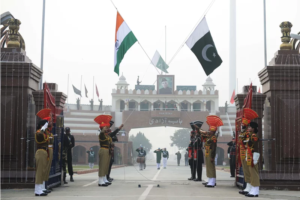 Pakistan has poor relations along all its borders. Indo-Pak relations are poor. Well known!  Pakistani meddling for strategic space is fundamental to the collapse of Afghanistan. Good Taliban, Bad Taliban, Afghan Taliban, Pakistani Taliban, State actors, Non-State actors (sponsored and non-sponsored), and Pashtun movements along and Durand Line will keep Pakistan on its toes and take a toll on its purse. A Shia Iran and a Sunni Pakistan will always be uneasy neighbours. Stoking transnational Baluch, Pashtun and Kashmiri population will ensure permanent border instability. Pakistan’s strategic attraction to Afghanistan is like a drug addict to poppy. Hostile and unsettled borders extract long term costs and promote Pakistani State failure.

Pakistan, as a state sponsor of terror, has spawned insurgencies internally and externally. The Pakistan Taliban is active and once again rearing its head. Baluch rebels are gaining strength and sophistication. A radicalised Punjab is a nursery for terror. Internal instability will endure.  Pakistan will have to invest more resources, than it can afford, to quell its internal problems.

Pakistani fixation to seek revenge against India by fomenting trouble in Kashmir will continue. After the Balakot episode, any evidence of meddling will surely result in heavy retribution from India. That will be very costly for Pakistan. 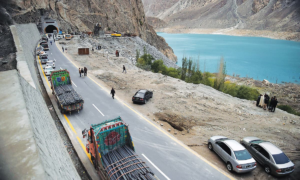 CPEC is a hydra-headed in changing Pakistan’s fortunes adversely. It is driving up Pakistan’s un-repayable external debts. Return on investment is unlikely. CPEC will be the third front vulnerable to any passing terrorist. Internal violence will increase. Pakistan will have to invest more to guard against it.  Thermal plants will suck up water and spew pollution. The import bill for coal will rise. Corruption has increased. Even the bride and women trafficking have commenced! Anti-Chinese sentiment will rise. The Gilgit and Baltistan will also be afflicted by internal issues. It will induce strains in Sino Pak relations. 1/3rd investment (Phase 1) has done so much. What will the rest of the investment do?

Water is Pakistan’s werewolf in an invisible cloak. In five years, Pakistan will be absolutely water scarce. Climate change will force-multiply scarcity. Agriculture employs 40 per cent of the population and is 20 per cent of GDP. It is going to take a massive hit. Already there are issues regarding wheat crop and its availability due to unseasonal rains. Further, Pakistan is rapidly urbanising. Its urban centres will lack clean drinking water. The result- unrest and water-borne health problems. Water pollution is increasing. The population is burgeoning. In sum, requirements are increasing and availability is reducing. The scary part is that solutions are paper-based. Water scarcity needs investments (like Singapore has done) for solutions. Water or lack of it might be the straw to break the Pakistani camel’s back.

Pakistan has entered an economic nightmare zone. Everything economic is spiking in Pakistan in the wrong direction. Inflation, WPI, CPI, food prices, petrol prices, interest rates, currency rates, external debt, overall debt, unemployed persons, productivity, population and FDI. The fact that after 70 years it has approached IMF for its 22nd bailout despite taking other loans of about 8.5 billion USD says it all. Growth rates will stagnate. The real problem is that unlike before, everyone is abandoning Pakistan. Uncle Sam has said goodbye. Uncle Chang doesn’t give aid. Sheikh Uncles are fed up. The debt trap is well set and will be sprung by water scarcity. 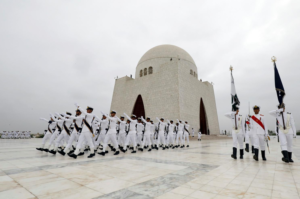 A factor, constantly growing is Pakistan’s military expenditure (4% of GDP and 18% annual increment) and the Military Businesses. Not to mention a growing nuclear arsenal. In 2011 it was estimated that Pakistan spent 2.2 billion USD on its nuclear arsenal. Fair to assume that it is now at least $ 4-5 billion?  Rich Army Poor Nation. Sounds like the title of a future best seller! The solution too many Pakistani problems lie in curtailing its defence expenditure. However, Pakistan will compulsively keep up with the Jones. The Jones being India. The Deep State will hasten the failure of Pakistan and keep it there. That is something which Pakistanis need to realise. They have a military they do not need.

A weak and fragile Pakistan is failing. Its descent is steady. Already, the USA has severely curtailed visas for Pakistanis. Others will follow suit. Its ability to maintain the status quo is itself going to be a herculean task; provided there is a Hercules around! The question therefore is, will Pakistan disintegrate? Firstly, the chances of its disintegration are low if the Army has the nation. It is too strong an institution to allow disintegration. Secondly, nothing unites Pakistanis better than their hatred of India. If the imaginary existential threat from India is kept alive, there will be unity in the Pakistani thought and action. Thirdly, the sentiment to secede is not strong in any part of the Nation except in Baluchistan. Even there, the sentiment is an undercurrent and the accompanying rebellion is incipient. The most likely is a Jasmine revolution kind of an outpouring. Then the shift will be tectonic.

India has some clear response options in this scenario. First, it should keep Pakistan at an arm’s length. No need for any peace overtures or concessions; which might give a way out to Pakistan. Secondly, increase our expenditure on our security and strengthen our armed forces. The next Pulwama kind of action should be responded to punitively. Thirdly, use our economic, diplomatic and military heft to ward off nations from further arming Pakistan. Let Pakistan stew in its own failure. Focus on Jammu and Kashmir. We need to normalise the state. Monitor Pakistan’s status to ensure the poison does not spill over.

From another point of view, I would like to reassure Pakistanis that India does not pose an existential threat to Pakistan as the Pakistan Army does to it. Let me elucidate. There is no part of Pakistan that India covets. From Chennai, it is very clear to me. Many South Indians are angst-ridden that they are subsidising our BIMARU states. Imagine subsidising an annexed Pakistan also! That will create different problems for India! Also, 230 million radicalised Pakistanis are not welcome in a secular India. Pakistanis, please be happy with where you are with what you have.  Exist the way you want – as Pakistan or Punjab or Sindh or Baluchistan or in whatever form you want to be. All the best! I repeat. The existential threat to Pakistan is not from India. It is from the Pakistani Army which is skimming the top and leaving the nation impoverished.