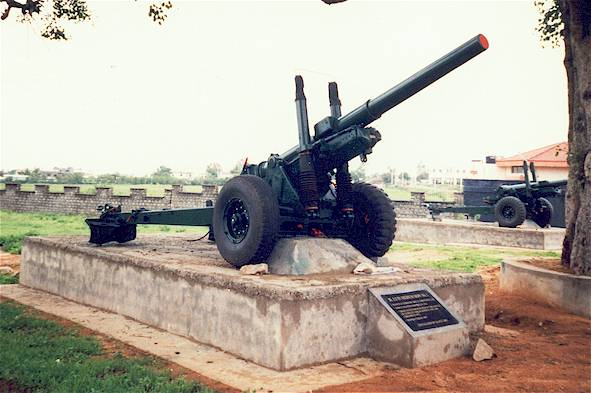 A proposal that’s been discussed for decades now, is the issue of appointing a Chief of Defence Staff (CDS) to head the three services. Our current structure of the three Chiefs commanding their respective domains does not give joint-manship the impetus it requires. There are various reasons for successive governments not reforming the apex defence management. Whatever be their logic, the battlefield today and definitely so tomorrow, needs synergised employment of all elements of the forces that can only be achieved if we adopt the model of a CDS at the helm and joint theatre commands for operational fielding of resources.

As early as 1967-68, Mr V Shankar, the Defence Secretary had stated, “In the absence of a single head at the top of defence forces organizations today, the ultimate burden of coordination, superior direction and working out of policies, of evolving weapon concepts suitable to defence policy and strategy and of settling inter-service rivalries or competing demands largely falls on the Defence Secretary and the Defence Minister. He (Defence Minister) does not have independent advice at the professional level. To expect that annually 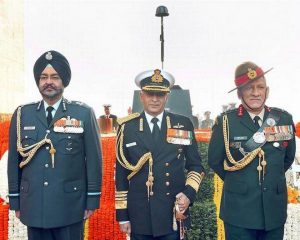 changing Chairman of the Chiefs of Staff Committee (COSC) would be able to fill the gap, is in my mind, asking for the impossible.”

Most committees that the government has nominated over the years to suggest measures to reform national security management at the apex level or to enhance combat potential of the armed forces has had near similarity in recommendations.

The Kargil committee headed by Mr K Subrahmanyam, post the Kargil war, had recommended that the entire gamut of national security management, apex decision making and the structure and interface between the Ministry of Defence (MoD) and the armed forces HQs be comprehensively studied and reorganised. Based on this advice, a task force on management of defence under Mr Arun Singh, then the RRM, was established. It recommended the appointment of a Chief of Defence Staff (CDS) and restructuring the MoD to include serving and civilian bureaucrats working together. The same was also recommended by the recent Shekatkar Committee. There are also recommendations on enhancing allocation of funds for enhancing defence preparedness.

Studies have stated that the Indian armed forces are designed to fight battles of the previous decades and not for operations of the future since they function in watertight compartments, lack joint planning and operational capacity. The gap is such that different Command HQs of the threes services earmarked to support each other in operations, are geographically vastly apart, making coordination difficult. The eastern commands of army and air force are located at Kolkata and Shillong, respectively. The air force western command which is responsible for the western and northern borders is located at Delhi, while the army commands are at Chandigarh and Udhampur. Similar status exists with others.

The recommendations of committees have continued to fall on deaf ears, despite the Prime Minister being aware that these are essential at the apex level. In his address to the combined commanders in Dec 2015, he stated that restructuring of higher defence management, joint planning and joint warfare are essential and it would be addressed by his government. Over two years have lapsed and the nation has witnessed no forward movement.

The answer emanating from the polity on the question of why it hesitates to take this crucial decision essential to enhance military preparedness, is that it is seeking consensus. Consensus implies that all the three branches of the armed forces agree to integration, and so do all political parties. Such consensus has never been witnessed in any nation across the globe, as history would indicate.

The branches of the armed forces would never agree easily, as the service chiefs, who presently function as force providers and force employers, would be relegated solely to the role of being force providers. The CDS, in conjunction with the MoD and the theatre commanders would be force employers. The US pushed the appointment of the CDS through the Goldwater Nichols Act, while in Canada it was implemented by a top down approach, which resulted in the sacking of seven top officers, aptly covered by Paul Hellyer, their then defence minister in his book, ‘Revolt of the Admirals’. 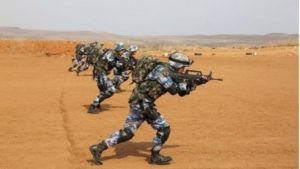 Even China has reorganized its forces with a CDS and theatre command structure, solely by a top down approach, under directions of its present President, Xi Jinping. India too would need a top down push for this major reform.

Political consensus for appointing a CDS is lacking because of two fears created by the bureaucracy and ill-informed politicians. The first fear is power flowing into the hands of one commander could enhance threats of a military coup, since nations in the neighbourhood have witnessed it. Secondly, is the protocol between the bureaucracy and the armed forces, when an additional and senior member is added atop the existing structure.

India, in seventy years, has never had an instance of even a threat of a coup. At the height of its standing, post 1971, there was no incident which led to such an apprehension creeping in. It even stood by the government during the emergency as its brief entails supporting the government in power. Thus, such fears are not only baseless but unwarranted. The polity fails to realise that the nation is more secure when the CDS and integrated commands are in place. A coup is generally conducted by the army alone and in the present environment the army chief is the force employer.

Under the CDS and integrated command system, the integrated force commanders would receive orders and directions from the defence minister, hence they would never act on illegal orders from the CDS. Further, commanders may belong to different services; thus, the supposed bonding and support would be lacking. In brief, if fears of a coup are the reason, then the polity is being misguided by elements who do not seek a strong and organised armed forces, mostly for selfish reasons.

The government has proven that it can select the individual it can work with to head an organization; the appointment of Bipin Rawat as the present army chief, superseding two others, being a case in point. Similarly, it could choose its own CDS and integrated force commanders.

The other issue is the protocol of the CDS, when appointed. The bureaucracy is worried that logically he would supersede the Cabinet secretary, which is unacceptable. The inter se seniority between appointments is issued by the Ministry of Home under its ‘Order of Precedence’, which is its protocol list. There is no compulsion on where it places the CDS viz-a-viz the cabinet secretary. The service chiefs are presently above the defence secretary and so would the CDS be. Thus, the appointment of a CDS would only enhance national security management at the apex level and not be a threat to the nation in any manner.

The next critical issue is reorganization of the MoD. It is an organization, which enjoys all perks and privileges of the military, without any responsibility and accountability. When George Fernandes as the defence minister moved unresponsive civilian staff from the ministry to Siachen for tours, there was hue and cry, simply because they hold power without accountability and responsibility.

Most senior civilian employees, including the defence secretary, are there for limited tenures. Others are a part of the Armed Forces HQ cadre. Their knowledge of matters military is pathetic, since they have had no service experience. Thus, military’s demands for equipment, ammunition and stores is as routine, without understanding criticalities for operational readiness aspects. Hence, the MoD is always under the fire from the CAG and the Standing Committee of Defence, for not ensuring military preparedness and shortfalls in critical stores. 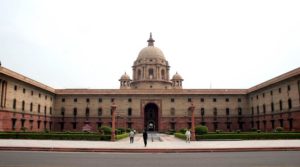 For the polity, interacting with stern looking military officers in uniform with a chest full of medals, indicating vast service and operational experience is anyway daunting. They always feel more comfortable with the civilian bureaucracy. However, if the ethos of the MoD are to change, it can only be by amalgamating it with service HQs. Consensus for such a reorganisation cannot be expected. It can only be implemented solely by a top down approach.

The fact that every committee formed by the government to recommend changes to enhance management of national security at the apex level has almost the same recommendations, implies that the proposals need implementation in our best interests. For a government seeking to ensure military preparedness, it is time to take these recommendations seriously and consider their implementation. Ignoring them would leave the armed forces unprepared for future battles. With all service chiefs commenting that India needs to be prepared for a two-front conflict, it is for the government to create requisite structures for the same. It is hoped that the present defence minister, Nirmala Sitharaman, has been given this mandate by the Prime Minister to execute the change.