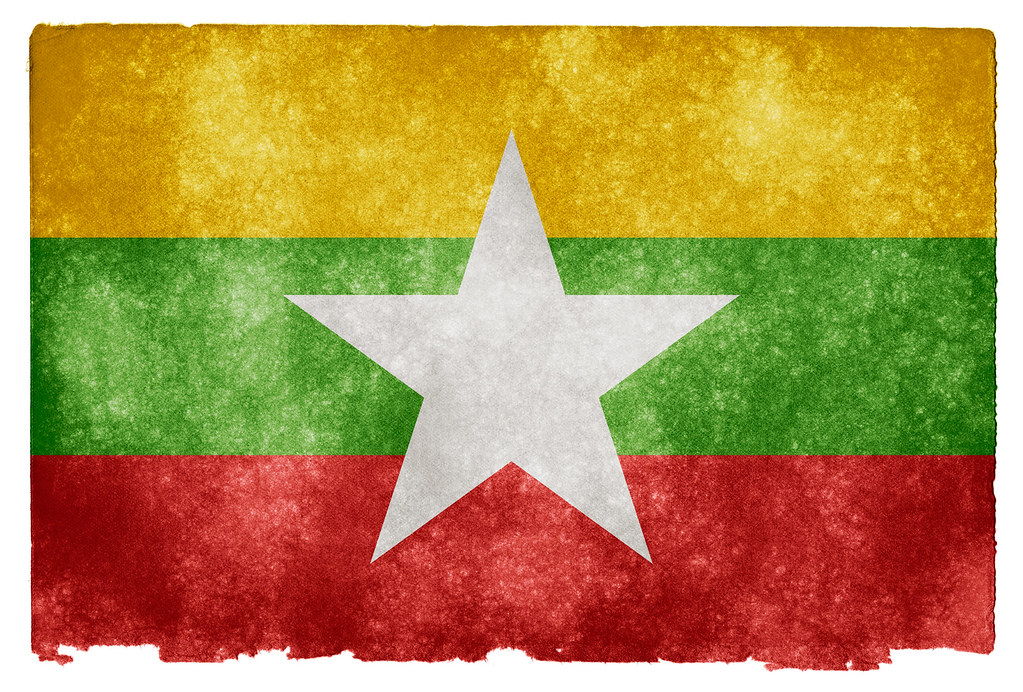 Myanmar’s tryst with democracy has hit a firewall. The images of peace and renunciation that a Buddhist country evokes has been torn to shreds by an ambitious military junta that is equally violent. The body count on the streets swings up, while resistance to the Army has led to diverse sections of the society congregating together. The author examines the situation and suggests an Indian response under circumstances defined by multiple pulls and pressures that New Delhi cannot wish away. 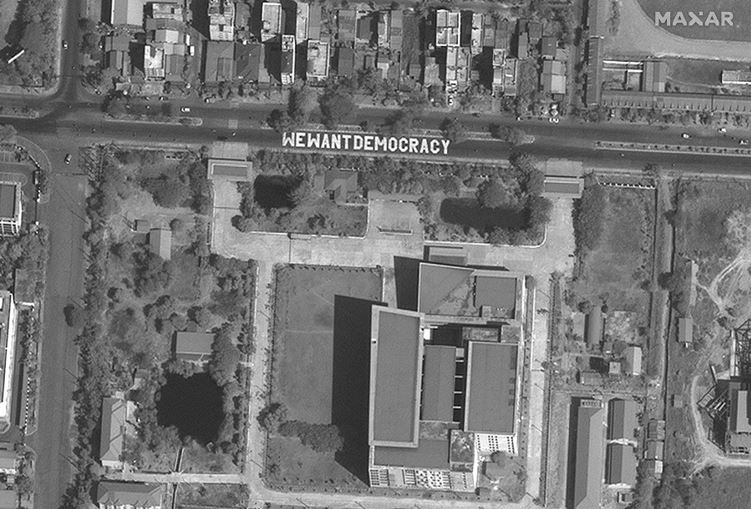 The Myanmar coup of 1 February was unexpected and caught the world by surprise. Equally unforeseen has been the rapid and sustained upsurge in country wide protests by all sections of Myanmarese society including government and law enforcement agencies. With no signs of the protests abating, the Tatmadaw’s initial soft approach towards the demonstrators has evaporated, to be replaced by its traditional hardline.

USA Today reports on 20 March that at least 235 people have been killed and more than 2,330, including some journalists, arrested. Civil servants have been sentenced to prison. A state of emergency has been declared, with martial law in certain districts. Opposition leaders have been arrested or have gone into hiding. While the US has already sanctioned certain individuals and entities in February itself, other nations have restricted themselves to putting out statements calling on all parties ‘to seek a peaceful solution through constructive dialogue’, while hoping for ‘a return to democracy at the earliest’. From the Vatican, Pope Francis has expressed his anguish appealing for the bloodshed to end and dialogue to prevail, and gave a powerful message that he ‘symbolically kneels in that country’s streets’.

Myanmar gained independence in 1948 and experienced its first coup in 1962.  While the coup of 1 February this year is its second, the military during its rule till 2011, had suppressed two major uprisings – the Democracy Uprising of 1988 which left three thousand dead and  the Saffron Revolt of the Buddhists in 2007. The outcome of the latter resulted in a new constitution in 2008. This was followed by the dissolution of the ruling military junta in 2011 and nationwide elections in 2015 where Aung San Suu Kyi was appointed State Counsellor. The apparent cause for the current coup is allegations of fraud in the November 2020 elections, thereby providing leverage for the military to take control in ‘any situation that could cause disintegration of the Union, the disintegration of national solidarity, and loss of sovereign power’ – as provided for in the Constitution.

Myanmar has an equally chequered history of ethnic instability. Since independence, over a dozen rebel armies have been fighting for either autonomy or secession from the Union. The aftermath of the 1962 coup witnessed a rise in communist and ethnic insurgencies in the eastern and northern parts of the country, which continue to fester to date. Despite an amnesty offered in 1980, the last four decades have witnessed the escalation of such conflicts. Of Myanmar’s total of 135 ethnicities, 17 are known to have well-armed cadres who have fought the Tatmadaw (Myanmar army), though unconfirmed reports take the figure closer to 50. In October 2015, the government was able to negotiate ceasefire agreements with eight such parties. These diverse groups are based in Kachin, Shan, Kayah and Kayin states bordering China, Laos and Thailand. Ethnic Chinese of Shan state in the North East of Myanmar (which include descendants of the remnants of two Kuomintang divisions which set up base there to battle the Red Army in neighbouring Yunnan) constitute the membership of the United Wa State Army, a well-armed group of approximately 30,000 men, reportedly harbouring allegiance to China.

Two groups of direct concern to India are the Arakan Army (AA) operating in the Rakhine and Chin states, and the Arakan Rohingya Salvation Army (ARSA), also known as the Harakah al-Yaqin) comprising Rohingyas. The AA comprising of 7000 to 8000 well-armed Rakhine Buddhist fighters has impacted Indian interests in the Kaladan Multi-Modal Transit Transport Project (KMTTP) on two earlier occasions. 15 local workers at a Paletwa river port site in southern Chin State were taken into custody in March 2019 in the first instance, and later kidnapping five Indians at Sittwe port in November the same year. The ARSAs capability to exponentially increase the scale of conflict between the government and the Rohingyas through terrorist activities with geopolitical and security fallouts for Myanmar, Bangladesh and India amongst others, needs no elaboration.

After over seven weeks of the coup, certain features of the current situation are clearly discernible. The first is the scale and intensity of the protests with thousands out on the streets, their all-encompassing nature and their continuously evolving forms – including pantomime, humour, satire and mass disobedience. The profile of the protesters includes all sections of society regardless of ethnicity, less the military – government servants, health workers, other professionals, students and law enforcement agencies, specifically the police. Even Myanmar’s powerful Buddhist monks association, the State Sangha Maha Nayaka Committee that works closely with the government, has come out with a statement urging the junta to end violence against protesters. Without mentioning the Tatmadaw, it has accused an “armed minority” involved in torture and killings of innocent civilians since last month’s coup, as reported on 17 March by Reuters. Overall, it appears that for now, ethnic minorities and pro-democracy protestors have closed ranks for a common cause. On the India Myanmar border, while there has traditionally been a movement of Myanmarese civilians into India’s Mizoram, this time the influx is significantly higher and includes security personnel as well. This has prompted the Myanmar government to write to the DC of Champai District of Mizoram to return some policemen ‘as a friendly gesture’. With the repatriation of such refugees strongly opposed by locals and the Mizoram government, Aizawl and Delhi are confronted with a humanitarian problem that remains unresolved to date.

It remains open to question if the reaction within the country was anticipated by the Tatmadaw, or whether staging the coup was a strategic miscalculation. Initial views that there could be a stepping up of insurgency in certain regions after the coup due to the Tatmadaw’s larger preoccupation with the ongoing law and order situation have been borne out somewhat as activities of the Kachin Independence Army, which has broken the pandemic inspired temporary truce, indicates.

The Tatmadaw however has been quick to extend an olive branch to the others; Arakan Army has been removed from the list of ‘Terrorist Groups’ on 11 March. The AA has welcomed the step. It has not displayed support for the protestors and there have been few protests in Rakhine. The Tatmadaw similarly is reaching out to the few Rohingyas still remaining in Myanmar. It is learnt that the Regional Military Commander of the Rakhine State interacted with Rohingya community leaders in the Aung Minglar Quarter of Sittwe, explaining the rationale behind the coup while assuring them that problems would be resolved ‘step by step. A similar meeting with Rohingyas at Maungdaw has been reported. Bangladesh while not expecting much, has seen this as a positive sign. To improve its image internationally, the junta has even hired a lobbying firm, Dickens & Madson from Montreal, Canada at the cost of $2 million, as per a Reuters report.

The protestors’ actions against China have laid bare the depth of historical anti-China sentiment embedded in Myanmar’s society.  Conflict with ethnic Chinese communities (as epitomised through the United Wa State Army), the impact of specific Chinese projects raising environmental concerns and forcible resettlement issues, fears of a debt trap through China Myanmar Economic Corridor projects (as per Reuters, in 2018 Myanmar successfully negotiated a 80 per cent cost reduction to the proposed Kyaukphu port project,  from over $ 7 billion to $ 1.3 billion), siphoning off precious natural resources illegally through arrangements with ethnic militias, and resentment over Myanmar’s overdependence on China because of Western sanctions are some reasons, fuelled further by China either recruiting local Chinese or bringing in Chinese workers for CMEC related work. China’s initially comparing the coup to a cabinet reshuffle only prompted the Myanmarese to see China’s hand behind it.

Reports of Chinese software being used to set up an internet firewall under government auspices are now being denied by the Chinese Ambassador, to little effect. According to the South China Morning Post, on 14 March, more than 32 Chinese owned factories in Yangon were put on fire by protestors. China’s Global Times has ‘strongly condemned such barbaric acts. Considering how vital Myanmar remains for China strategically, in what manner these fissures will be erased will be worth watching.

Myanmar shares a 1643 km long border with four Indian states with a Free Movement Regime in place in all of them. It’s a strategic partner and equal stakeholder for peace and progress in India’s North East. It is pivotal for our Act East policy. In pursuit of its strategic interest, India has always worked with the government of the day in Myanmar. Ongoing cooperation on security matters and border management has yielded tangible gains, with the reduction of insurgency and crime along the India Myanmar border. In trade and connectivity too, India’s footprint is clearly discernible in many infrastructure and developmental projects.

The India Myanmar relationship continues to display great potential while offering that country an alternative to China in a number of areas.

India’s approach to the current situation has been well encapsulated by our Foreign Secretary on 16 March when he intimated that India is working constructively in the UN Security Council to facilitate balanced outcomes to the crisis. He further clarified that India has been supportive of the democratic transition in Myanmar, and that gains in this direction should not be undermined, and that India is in conversation with all concerned to facilitate and address the situation. Importantly he stated that “We need to work constructively to ensure that we ultimately meet our objective of restoring democracy but at the same time we need to ensure that we do it without in any way impacting the well-being and welfare of the people of Myanmar”. Continuing to maintain mutual security cooperation, ensuring time-bound delivery in schemes benefitting the general populace while working with all parties in Myanmar to facilitate the best outcome to this crisis indeed appears the best road map for India to follow.