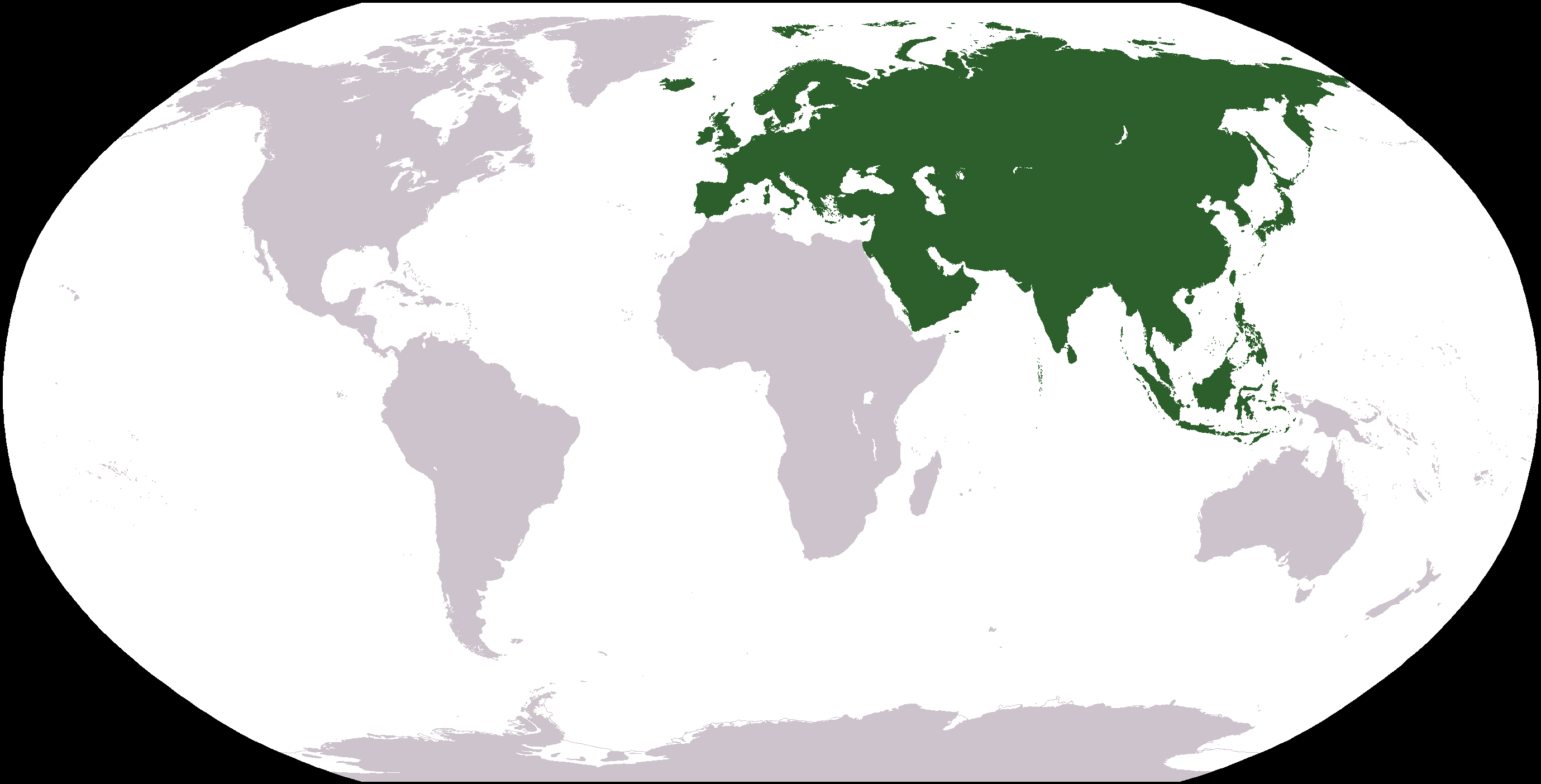 Rise of Eurasia And The New Great Game

Eurasia’s importance to global geopolitics is rapidly swinging on an ascendant graph. It gathers pace as the Shanghai Cooperation Organisation gains greater traction amongst a growing number of nations and is aided by such collective arrangements like Eurasian Economic Union (EAEU), Conference of Interaction and Confidence Building Measures (CICA) and possible positive accruals for the region from the Belt and Road Initiative (BRI).

As we go to the press, Iran has seized a third oil tanker, INF (Intermediate-Range Nuclear Forces Treaty between the US and USSR) is behind us, Japan has initiated sanctions on South Korea, North Korea has fired short-range missiles, Turkey has bought the S-400 Air Defence system, while China has already received the first consignment, the US is still on an escalatory ladder in terms of sanctions on China, and Hong Kong faces a seize within.

The world is in quite a turmoil, both on the military muscle-flexing and economic fruits. The author provides an in-depth Eurasia centric status report and graduates thereafter to some crystal gazing.

Zbigniew Brzezinski the American diplomat, Counselor to US President Lyndon B Johnson and NSA to Jimmy Carter had stated “Eurasia is critical. A power that dominates “Eurasia” would control two of the world’s three most advanced and economically productive regions”.

Eurasia, as encompassed by the Shanghai Cooperation Organization (SCO) has 42 per cent of the world’s population, 22 per cent of its land area and around 20 per cent of GDP.

The Eurasian block as envisaged by Russia, China, India and Turkey encompass a geographical area advocating fusion of Europe and Asia into a super continent. In its grandest form, it will stretch from Lisbon- Shanghai- Jakarta. Its present shape is dictated by the geographical entities of Eurasian Economic Union (EAEU) comprising of Russia, Belarus, Armenia, Kazakhstan and Kyrgyzstan and SCO members, its Dialogue Partners and Observers.

It plans to integrate Conference of Interaction and Confidence Building Measures in Asia (CICA) members, its Observer states and Observer organisations along with the Belt and Road Initiative (BRI) nations.

Even in its present form, the Eurasian Block is a formidable portion of the globe, stretching from Eastern Europe to Western Pacific and from the Arctic to Northern Africa.

The SCO, though not an alliance on the lines of NATO, is an effort to stitch together Eurasia, a historically interconnected region.

This Eurasia is on the rise. SCO meet at Bishkek held on 13-14 June 2019 was followed by the summit of the Conference on Interaction and Confidence-Building Measures in Asia “CICA” in Dushanbe, Tajikistan. Most SCO summit attendees participated. Russia stressed that all basic institutions of Eurasia should be integrated: BRI, EAEU, SCO, CICA and ASEAN.

Eurasian integration was on display in Astana on 25-26 April 2019, where Russia, Iran, Turkey along with Syria chartered a course to end the Syrian conflict.

Syria’s reconstruction too will be driven by the Eurasian States, namely India, Russia, China and Iran.

The litmus test of Eurasia is the developing war scenario between the US and Iran. The US, after the downing of its drone by Iran, nearly launched a retaliatory strike, despite advice to exercise restraint from all Eurasian nations. The US, on 23 June claimed to have effectively launched a cyber-attack on Iran’s weapon systems.

Iran is an important cog in the wheel of BRI. Iran too seeks integration into Eurasia, a region with which it has deep historical ties. As per some schools of thought, the US walkout from JCPOA (Joint Comprehensive Plan of Action, known commonly as the Iran nuclear deal or Iran deal) and the imposition of harsh sanctions and the debilitating effect of sanctions on Iran’s oil export is an attempt by the US to stymie the growth of this Eurasian bloc. It heralds the Eurasian Great Game.

India and Russia, along with Iran have launched the North-South Transportation corridor from the Chabahar seaport in Iran. India is co-developing Chabahar. This corridor seeks access for India to EAEU, Afghanistan and Eastern Europe. To show solidarity with Iran, India recently hosted the Iranian Foreign Minister and expressed its support to this beleaguered nation. This despite the US ‘Damocles sword” of the imposition of  Countering America’s Adversaries Through Sanctions Act on its purchase of very vital military equipment from Russia. India has virtually stopped oil import from Iran, its third-largest source of oil and a friend from ages.

War in this region and closure of Straits of Hormuz will skyrocket the prices of oil and gas. India’s oil budget and development will get skewed; one of the main reasons for India to advocate peace in this region.

Russia sees Iran as essential for strategic stability in Southwest Asia. On 13 July 2018, it committed to invest 50 billion dollars in developing Iran’s oil and gas industry. It has called the US walkout from JCPOA and the subsequent sanctions as a gross violation of the UNSC resolution 2231 and disregard of international norms and laws. China has echoed these sentiments as have most nations in Eurasia.

China sees Iran as a key node of the New Silk Roads (BRI). China, already in a trade war with the US, has disregarded the US sanctions on Iran and is importing Iranian oil in increased volumes. Unless China adheres to US sanctions, Iran will not wilt under US pressure. But if the Gulf of Hormuz is closed due to actions of the US and its allies, it will adversely affect Chinese oil imports and retard Chinese growth.

In the automotive industry, 50 per cent of the automotive spare parts in Iran are of Chinese origin. Withdrawal of Renault has given Chinese carmakers an opportunity in Iran. Iran is an important country on the BRI map for China. Recently, there has been a proposal by Iran to link Chabahar with Gwadar in Pakistan with a pipeline for transportation of oil and gas.

Turkey and Qatar’s dependency on Iran for food grains, use of civilian airspace and gas exploration in South Pars (the world’s largest gas field located in the Persian Gulf and shared by Oman and Iran) make them support Iran, unequivocally.

The Bishkek Declaration, adopted by SCO members, may not be a landmark document but it emphasised the security guarantees of Eurasia.  Eurasia holds promise.

In case this region adopts a single currency, along with its growing economic and military clout, it will severely test the dominance of the western world and usher in a new world order.

There is a concerted effort to bypass global financial transfer system, the Society for Worldwide Interbank Financial Telecommunication- ‘SWIFT’. In May 2018 Russian System for Transfer of Financial Messages (SPFS) and the Chinese Cross-Border Inter-Bank Payments System (CIPS) were launched. Sooner or later Russia-China will entice India to join. Moscow has excellent bilateral relations with both Beijing and New Delhi. It is decisively playing the role of privileged mediator between India and China.

Many nations within this bloc have also resorted to currency swap agreements to reduce dependency on the US dollar. China and Russia have agreed to a 50 per cent currency swap. India has offered to pay Russia in Euros for the S-400 Air Defence system.

To break the hegemony of the US dollar in oil trade, China has in March 2018 launched the Shanghai Crude Futures. Eurasia is an oil-rich region. Trading their oil in Shanghai Crude will further make them independent of the NYMEX and Brent Crude trading exchanges and therefore the interference of US dollar on their economies.

The Eurasian nations (SCO, EAEU, CICA, ASEAN and BRI) nations across the globe will benefit enormously by the availability of cutting edge technologies being developed under China’s “Make in China 2025” project. These will give a fillip to the development in the world and lead to Eurasian bloc being more prosperous and powerful.

The new “Eurasian Great Game” aims to prevent this bloc from developing into an advanced region, with a powerful say in the world, currently under the hegemony of the US and its allies.

In the recently concluded G-20 Summit at Osaka, the Russia- India- China power block held a closed-door meeting. The next meeting is set for the Eastern Economic Forum in Vladivostok in September.

European Union “EU” to is under sanctions and threats of more tariffs from the US. The US walkout from JCPOA in May 2018 and its sanctions on Iran has seen major European business deals with Iran, come to an abrupt halt. EU is deeply integrated with EAEU and to a certain extent in BRI. It is envisaged that soon EU too will become a part of Eurasia power block.

In the case of Iran, the Eurasian nations are strongly behind Iran, in its face-off with the US. They have reiterated that any attack on Iran will be considered as an attack on the Eurasian sphere. Many of these countries are active trade partners with not the only US but also with Israel, Saudi Arabia, Bahrain, UAE and UK, the countries which support the US against Iran. It is unlikely that these nations including the US will venture further against Iran, to turn Eurasian nations, namely Russia and China into lethal enemies.

War, after all, has very unplanned consequences.