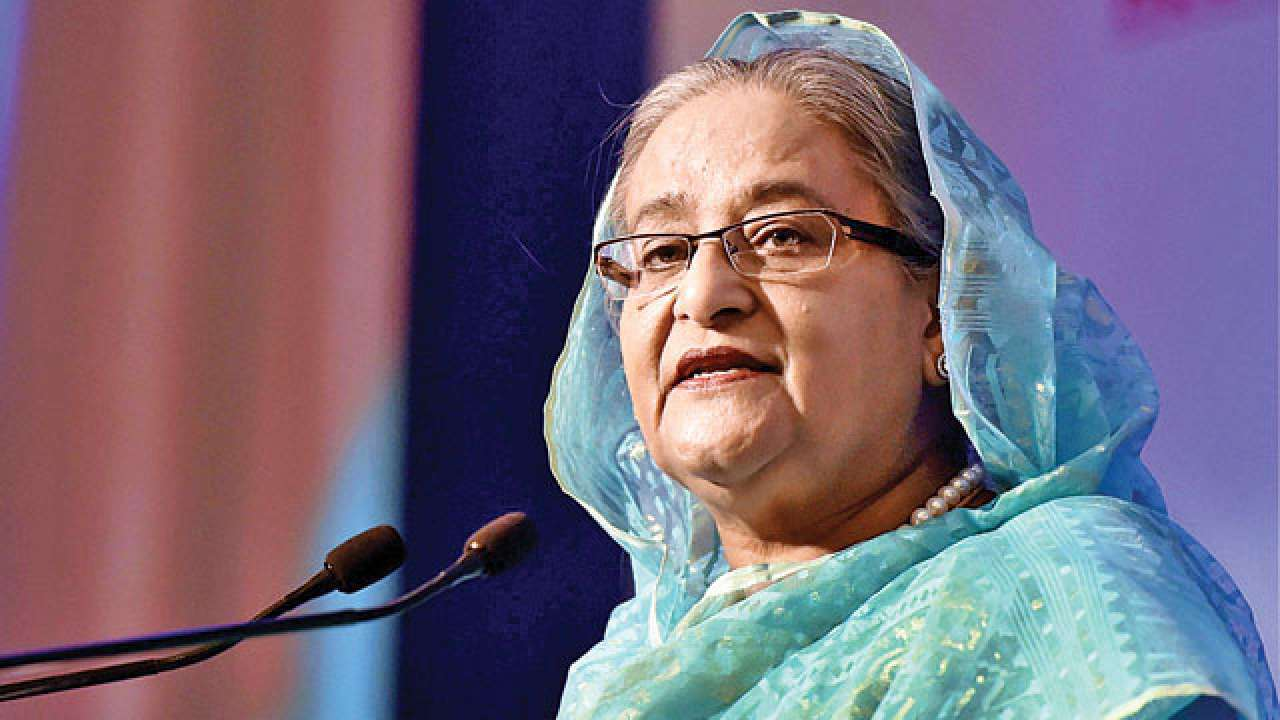 Bangladesh Prime Minister Sheikh Hasina is in New Delhi on a four-day official visit starting 3 to 6 October to boost bilateral ties. This is her maiden visit after the recent Parliamentary elections in Bangladesh and India. On 5 October, Hasina will hold a bilateral meeting with PM Narendra Modi and will jointly launch some projects, sign agreements and Memorandum of Understandings (MoUs) on several issues.

Recently, an agreement has been reached between the two countries for India to be joining Bangladesh to commemorate the birth centenary of ‘Bangabandhu’ Sheikh Mujibur Rehman, founder of the nation in 2020, and an International Fleet Review in 2021 to mark 50 years of Liberation of Bangladesh. To give final shape to the engagements, Indian Navy Chief Admiral Karambir Singh was in Bangladeshfrom21 to 24 September.

The issue of coastal radar chain network figured prominently during his visit to bring Bangladesh into India’s network in which several countries in the region have already joined. The issue may come up again during the high-level meeting. In 2018, Prime Minister Sheikh Hasina had expressed her country’s willingness to share the Indian Navy’s expertise in ensuring maritime and coastal security.

The Indian Navy has been imparting extensive training to Bangladesh Navy at all levels. India has offered its expertise in ship design and manufacturing as Bangladesh explores to expand its shipbuilding industry. Bangladesh’s Chittagong Dry Dock plans to build frigates, ships and small vessels. India has offered to build some of these under the $500 million Line of Credit that also serves to boost the ‘Make in India’ initiative. Indian shipyards are waiting to get orders from Bangladesh on this account. “Some development is expected in this regard”, revealed a source in the Defence Ministry. Further, the white shipping agreement is on the table which is yet to be signed and there can be a positive movement on the issue.

India and Bangladesh navies are likely to undertake their second coordinated patrol. The first-ever Coordinated Patrol (CORPAT) between Bangladesh and Indian navies were held on June 2018. The aim of the joint patrol was to reduce transnational maritime threats that affect maritime security.

Defence ties between India and Bangladesh may enable Dhaka to reduce its dependence on China which has so far remained the main supplier of defence equipment. In 2017, China had supplied two submarines to Bangladesh. India is keen to limit Chinese footprints in its periphery. This visit of Bangladesh Prime Minister Sheikh Hasina is very significant to address Indian concerns by deepening defence ties.