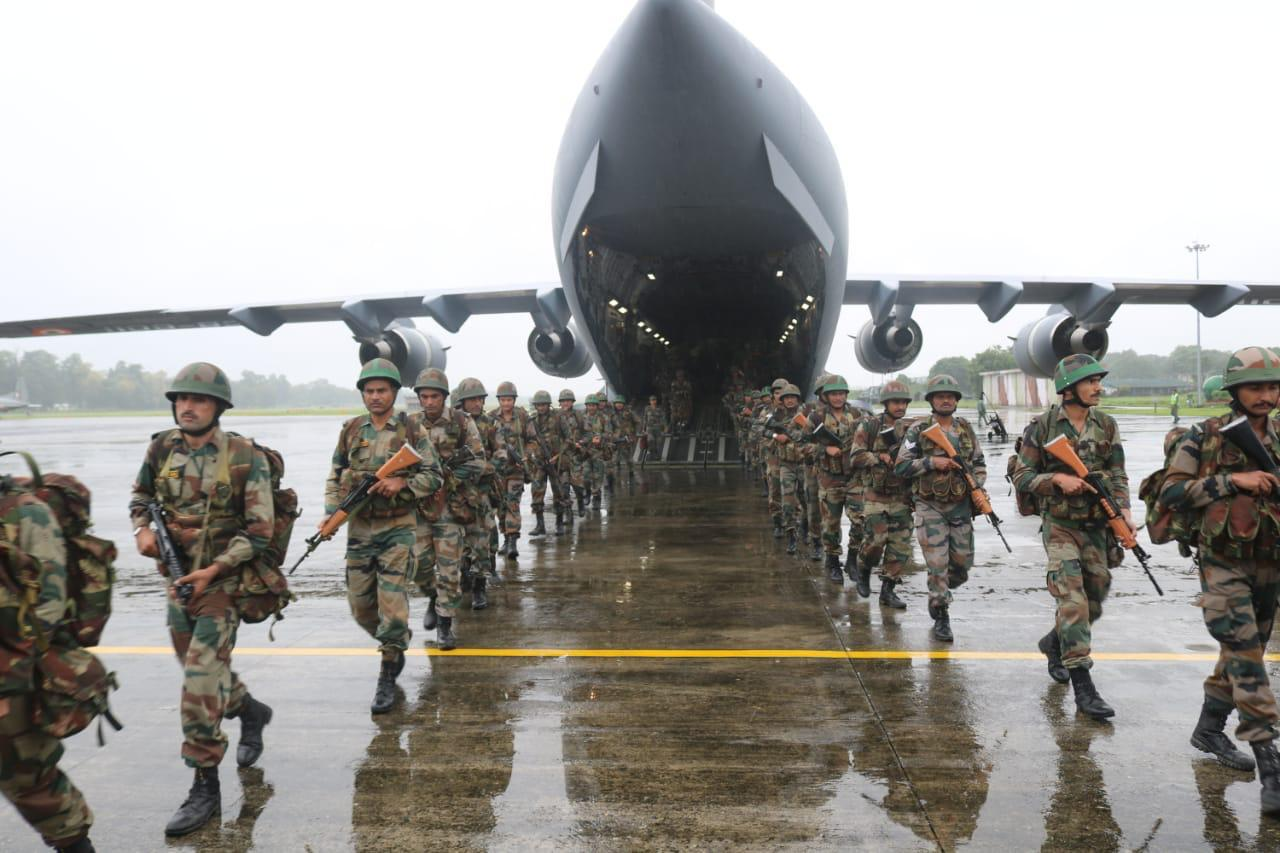 India’s 17 Mountain Strike Corps is currently engaged in an exercise to validate the concept of a swift offensive in the high Himalayas along the border with China. While an integrated exercise by the Indian Army and the Indian Air Force took place in Ladakh late last month, 17 Corps, headquartered at Panagarh in West Bengal, is in the middle of a month-long exercise ‘Him Vijay’ to test its ability to move, deploy and launch limited offensives in the mountains, much quicker than ever before, military sources have said.

This exercise comes on the back of the annual ‘Op Alert’ that both the 3 and 4 Corps—based in Tezpur and Rangapahar respectively, and looking after the entire stretch of Arunachal Pradesh border—carry out post-monsoon and before the onset of winter every year. Exercise ‘Him Vijay’ will pit three Integrated Battle Groups (IBGs) of the 17 Mountain Strike Corps against brigades from 3 and 4 Corps to test the new concept of IBG deployment, as reported earlier in July

Each IBG comprises a little over 4000 troops—slightly larger than conventional brigades—drawn from different combat arms. The battalions undergo acclimatisation after being air-lifted from their locations west of the Siliguri corridor. A major airlift effort by the Panagarh-based C-130 Squadron along with the newly-inducted Chinook heavy lift helicopters has allowed the Army and the IAF to also test interoperability of the two forces. Brigades drawn from 3 and 4 Corps will play the role of adversary. The exercise will get into its main stage after October 15.

The idea is to test the agility of the IBGs for a possible shallow offensive thrust into Tibet, depending on the requirement. It is because of the need for speed and ease of mobility that the 17 Corps is organised on a different pattern than conventional corps in the Indian Army. Now divided into three IBGs, the 17 Corps will depend on the ‘plug and play’ concept, meaning utilising combat support units like those of an Engineers brigade and elements of EME, Supply and Ordnance Corps already present in the zones that they get deployed in. Artillery units for 17 Corps would already be forward deployed. So, in case the 17 Corps IBGs are deployed in the 4 Corps zone in hot battle, only its combat units will move from their peace time locations and depend on other 4 Corps support elements for sustenance.

Each Integrated Battle Group will consist of four to six infantry/mech battalions or armoured/artillery battalions as required. But more importantly, each of these battle groups would be commanded by a Major General. There are detailed explanations and suggestions about how to merge and utilise Divisional Combat support, logistics and service units.

As mentioned, ‘Him Vijay’ is expected to move into top gear in the third week of October and its culmination is likely to be witnessed by the Army Chief, Gen. Bipin Rawat and other top commanders.

Interestingly, Chinese officials in India have been making enquiries from the Indian government on the exact nature of ‘Him Vijay’ and its objectives ahead of Chairman Xi Jinping’s visit to India between 11 and 13 October. They have apparently been told at the highest level that this is nothing but an extension of Op Alert that Indian Army carries out every year and is being held far from the Line of Actual Control (LAC), just as the PLA holds different exercises in Tibet round the year and therefore the Chinese need not be alarmed over it.