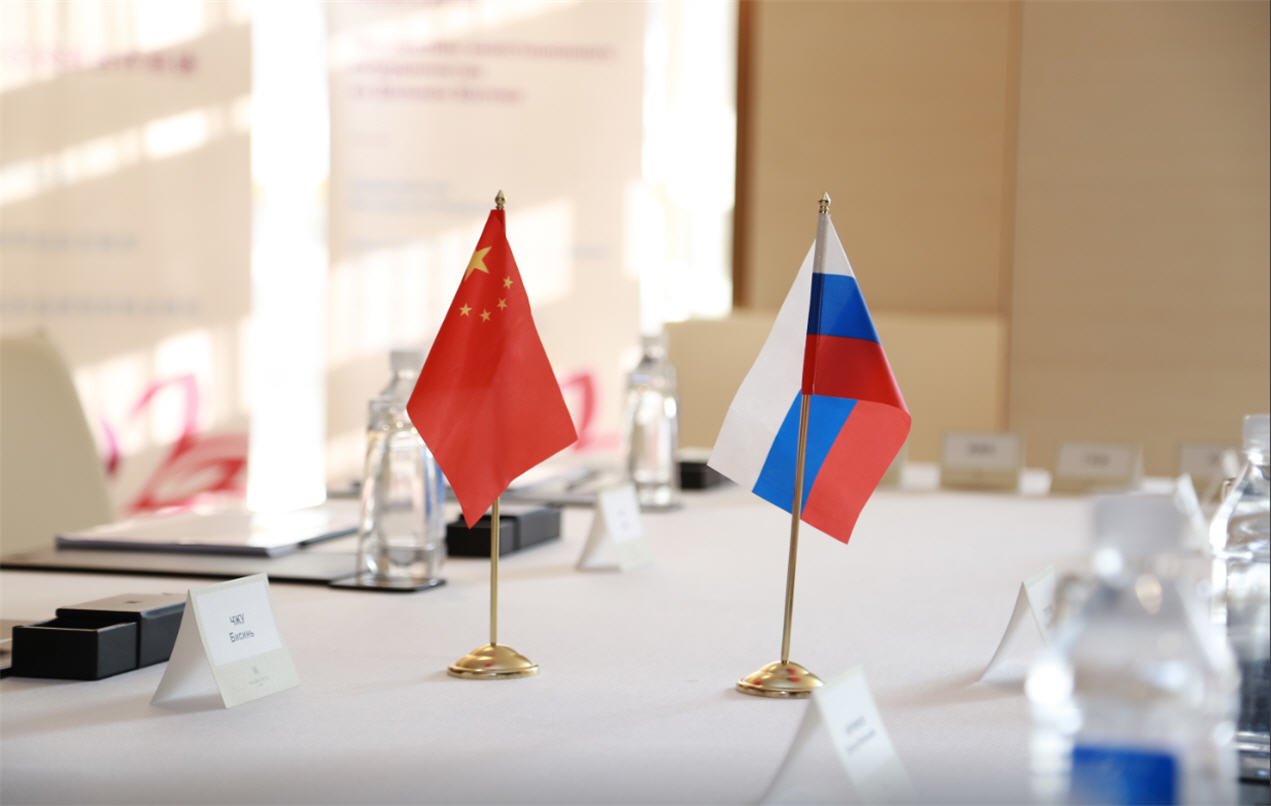 Writing in the Arthshastra, Kautilya the Indian strategic thinker of yore, stated “The king who is situated anywhere immediately on the circumference of the conqueror’s territory is termed the enemy. The king who is likewise situated close to the enemy, but separated from the conqueror only by the enemy, is termed the friend (of the conqueror). This has, oftentimes, been simplified into the adage – “an enemy of an enemy is a friend” – which is the best assessment of the triangular interplay of power between the USA, China, and the inheritor of the Soviet Union – Russia. At various junctures of time over the decades, two of the powers have played this game with the third. At present, it is the Dragon embracing the Bear, but they are both aware that, “It takes two (perfectly harmonised partners) to tango, or else, if you dance too long, implosion is inevitable”.

The historic baggage of China’s so called ‘Century of Humiliation’has been transformed into a driver for the Chinese Communist Party (CCP) and its citizens to strive to regain the country’s perceived status as the Middle Kingdom. To alleviate the burden of this baggage, the CCP has formulated a grand strategy which aims to consolidate their dream of attaining pre-eminence as a global power. The CCP’s dream is however turning into a nightmare due to the tremendous internal pressure after the deaths of thousands from the #CCP Virus, and, the ‘loss of face’ at the Galwan River to battle-hardened Indian ground forces.

The CCP has immediately turned to its age-old tactic of igniting old external embers to keep the focus away from internal fires. Even with settled international boundaries, the age old disputes from “unequal treaties” with its neighbours have been brought to the forefront of public discourse with the CCP propaganda machinery laying claim to the Russian city of Vladivostok. Notwithstanding Xi’s elevation of Putin as “my best friend” in the summer of 2019, the Russians did not take too kindly to this misrepresentation of facts.

This very palpable spat has led many to scour the history books to rediscover that right from the very beginning, in 1949, the relationship of the two giants of Communism, the Chinese Communist Party (CCP) and the Union of Soviet Socialist Republic(USSR)was never that of equals.  The CCP was always the junior partner, much to the chagrin of Mao.

This situation was further exacerbated by the then USSR not recognising Chairman Mao’s administration till a full four months had passed after Mao Zedong stood atop Beijing’s Gate of Heavenly Peace on 1st October 1949 and proclaimed the founding of the People’s Republic of China. The Sino-Soviet Treaty of Friendship, Alliance and Mutual Assistance, signed on 4th February 1950 was the subject of propaganda from all sides. It, however, did conceal the bitter negotiations in which Mao fought off attempts to cede more Chinese territory to the USSR.

The following decade saw better cooperation between the two powers in the Korean War. Here again, Stalin slapped Mao with a bill of $650 million which crippled Mao’s attempts at shoring up the tottering Chinese economy. Mao despised Stalin’s successor Khrushchev and called him a “mediocrite”.

Concurrently, the Soviets were disgruntled with Mao’s Great Leap Forward which led to the collapse of the Soviet-style agricultural and industrial communes. The famine of 1960-61 led to the deaths of millions of Chinese and the recall of all Soviet guests (engineers) who had tirelessly worked to set up the communes.

The Cuban Missile Crisis (October 1962) coincided with the Sino-Indian conflict in the Himalayas (October-November 1962).  These two near simultaneous crises in different parts of the world in the fall of 1962 led the CCP to believe that the Soviets had acted unreliably and had become “capitulators” of the worst kind. For the next few months, polemicists in Beijing and Moscow publicly engaged in barbed exchanges.

This was followed by Mao writing (in the summer of 1964) a document titled “On Khrushchev’s Phony Communism and Its Historical Lessons for the World”.The relations between the USSR and CCP remained frosty through the Cultural Revolutionwherein Mao oversaw the killing of a million and half of his own citizens and the imprisonment or torture of millions more.

In a scenario similar to the murderous altercation on the Galwan River, on 2nd March 1969, on the banks of a frozen Ussuri River, opposing soldiers of two nuclear powers (USSR and CCP) bled to death in the snow. Again, with macabre similarities to the incident with India, the PLA ambushed a Soviet patrol and killed all the soldiers. The Russian riposte was swift and led to the death of several hundred PLA cadres. The split exacerbated territorial disputes that had existed since Tsarist and Imperial times. Though CCP and the USSR never waged another open war, they clashed sabres in a multitude of proxy wars across Africa, South East Asia and beyond, through rebel groups and communist regimes.

Therefore, the Tweet of the Russian Embassy in Beijing on 2nd July 2020 comes as no surprise wherein the Russian Ambassador sent a subtle message to his hosts by releasing a Tweet on Weibo (a Chinese equivalent of Twitter). The Tweet stated, “The history of Vladivostok (literally ruler of the East) is from 1860 when Russia built a military harbour”. This quickly countered the CCP’s narrative of referring to Vladivostok by the supposed name of Haishenwai prior to Russian annexation under the earlier mentioned Unequal Treaties.

The history of the Chinese and Russian people indicates territorial disputes that have existed since Tsarist and Imperial times. These disputes often turned brutal with each side killing scores of each other’s soldiers. Such scars and the blood spilled takes years, and more importantly, a mature and willing approach to amend the public discourse.  The CCP continues to institutionalise the nurture of hate. At the War Memorial in Nanjing visiting school children are made to take an oath never to forget the atrocities unleashed on their forebears by foreign invaders.

Thus, notwithstanding their current economic inter-dependence, the CCPpropaganda machinery is certain to ensure that none of their hapless population forgets the humiliation of a century at the hands of foreign powers, including the Russians.