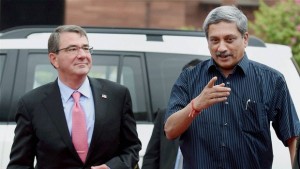 From 8th to 10th December, Manohar Parrikar made his first visit to the United States as the Indian Minister of Defence. While the visit had some value as a stock-taking exercise, and some modest new initiatives were announced, it also highlighted the major overriding challenge in developing a stronger defence partnership. India wants access to advanced American defence technology, while the United States wants a more clear articulation of India’s future security posture. Neither side is likely to feel assuaged by the summit, based on the announcements contained in the joint statement, though a modest approach to cooperation through the Defence Technology and Trade Initiative (DTTI) continues to make progress. This “jump start” approach to advanced defence technology cooperation is a remarkable medium-pace approach. But policymakers must remain mindful that China continues to develop its own capabilities through a mixture of research and theft. Proceeding at medium-pace, while an obvious improvement in our historical defence relationship, is insufficient to stay ahead of future challenges.

Minister Parrikar’s visit included a stop at the U.S. Pacific Command in Hawaii; interactions with industry, think tank leaders, and fellow alumni of the Indian Institute of Technology; meetings with key Congressional leaders; and most importantly, a bilateral summit with the U.S. Secretary of Defence Dr. Ashton Carter.   The December summit was the third meeting between Carter and Parrikar. In the last twelve months we have seen an important modernization of the two nations’ ideological and practical framework for defence cooperation. In particular, the January 2015 the “Joint Strategic Vision for the Asia Pacific and Indian Ocean Region,” announced during President Barack Obama’s visit to New Delhi, broke important new ground in expressing our shared principles for Asian security — something unthinkable just a decade ago.

In January 2015, the two governments also came to an agreement on the first DTTI programs to move forward for negotiations, resulting in a pair of project agreements a few months later. And in June 2015, the two Ministers signed the new ten-year “Framework for the U.S. India Defence Relationship.” The new Framework is largely a renewal of the 2005 version, but improves in a few potentially meaningful ways, particularly by pledging to share experiences using ‘common platforms’. 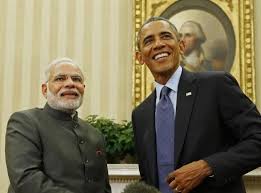 By comparison with the Obama-Modi summit in January put together with the Carter-Parrikar meet in June, the Carter-Parrikar interaction in December had relatively few novel announcements. The Department of Defence announced it had made internal policy changes necessary to deepen cooperation with India on gas turbine engine technology. The Indian Air Force will be welcomed back to the multilateral Red Flag Exercise after a gap of nearly a decade. And the two sides announced that a working group on humanitarian assistance-disaster relief (HA/DR) has been re-established. HA/DR represents the most likely near-term opportunity for our military services to work together in live events, as with the 2004 tsunami.

A number of India’s emerging defence firms went to Washington, DC to participate in meetings related to the Minister’s visit. It is rewarding to see a few rather ‘new’ defence firms start to produce world-class products, often in partnership with global defence firms. Many private Indian firms hope that their government’s engagement with the U.S. Department of Defence will result in relaxed technology export controls and more new deals with their mandatory offset requirements.

American defence firms still feel that the deal pipeline remains quite slow in India, and finding partners for easy discharge of offset obligations continues to be a challenge. With faster procurement decisions in Delhi, and a more accommodating offset policy, American firms would likely take the lead in helping shape Washington’s defence engagement with India.

While no new deals were announced, the U.S. Department of Defence did notify their Indian counterparts that export controls on gas turbine engines were relaxed, which will help allow the DTTI program on co-development of jet engine technology, noted earlier, to proceed apace.

For now, the delicate dance between defence officials of both countries continues. The U.S. government looks for guidance on how India envisions its regional security role and how that translates into potential new areas for cooperation. At the same time, the Indian government presses for faster release of critical technologies to achieve qualitative superiority over potential rivals, particularly China. On paper, both governments have outlined a fairly robust set of shared security principles for the region. Not long ago, it would have been unimaginable for the two countries to have released a document like the Joint Strategic Vision for the Asia Pacific and Indian Ocean Region due to reluctance at both capitals. Now, with both sides under pressure to find ways and means to transcribe these principles into actionable projects, we only have twelve months until the senior U.S. defence personnel change under the next administration.

Richard Rossow is a senior fellow and holds the Wadhwani Chair in U.S.-India Policy Studies at CSIS.