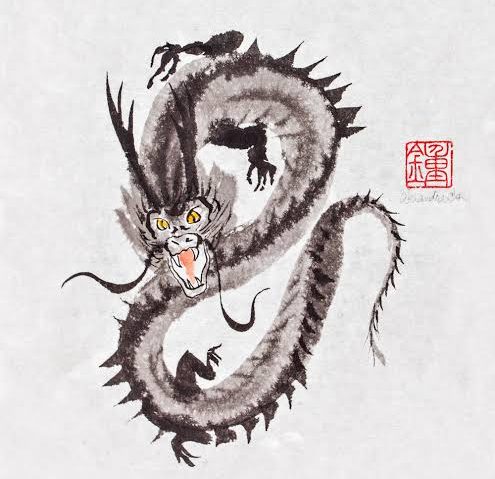 The Defiant Dragon: Hisses and Misses of the Chinese Dream

The article binds with a single thread decades of Chinese thinking and explores how a nation known for its long-term strategic approach, is now apparently in a race to beat the clock. The incalculable suffering that its people would have suffered so long, is perhaps more obvious to the world today as it updates its figures of the dead.

David Lai, in his seminal treatise‘Learning from the Stones: A Go Approach to Mastering China’s Strategic Concept – Shi’ –brings out that “…the Chinese way of war and diplomacy and its difference to that of the West is that the Chinese place heavy emphasis on strategy and stratagems whereas the West relies more on overwhelming force and advanced capability.” The article avers that the Chinese focus on the long strategic view and then pursue their goals relentlessly. It was Deng Xiaoping who famously said that China must “…hide her strength and bide her time”.

But now Xi Jinping – who by all accounts could be emperor for life and is a man in a hurry – has turned that dictum on its head. Xi seems to firmly believe that in the pursuance of his goal of international leadership “…a world war is a good thing…”, – as Mao once declared. The writing on the wall is clear: the combination of the long view and the impatience to dominate the international stage at any cost is levying great cost on the world and the Chinese people, and will be China’s undoing.

There are no ideal nations and utopian societies to speak of today. Every nation has problems, difficulties and strife of one nature or another. Governments sometimes have to take hard, unpopular decisions that may adversely affect some sections of their citizens – but are considered pragmatic in the larger interest of the nation. However, the Chinese paradigm of governance has taken this to an extreme that defies logic. In the pursuance of the ‘Chinese Dream’, a no holds barred approach – amply apparent in the recent past – has affected millions across the world. How many Chinese citizens it has affected may never be truly known.

The Chinese citizen is no stranger to incarceration, extermination, elimination, purge, re-education and subjugation. Curiously, a country with governance that calls itself the true reflection of the proletariat has shown scant regard and respect for what makes a nation – the people themselves. In the system where the ‘Party’ is supreme, people are dispensable, so long as it perpetuates the longevity of the Party – which is essentially no better than a cabal of individuals focussed on self-preservation.

This fundamental idea of self-preservation is rooted in the philosophies of Mao, and has been thereafter perpetuated by successive leaders for obvious reasons. The Great Leap Forward (1958-62) and the Cultural Revolution (1966-76)together caused the persecution, death and displacement of tens of millions of Chinese citizens. This is without taking into account the millions who perished in the Great Famine that was the result of the Great Leap Forward. And each time, the Party escaped accountability by invoking ‘nationalism’ and calling the citizens to ‘arms’ in remembrance of the great proletariat revolution.

This being the political foundation of the nation, one must not be surprised when Chinese policies and practices bring misery and death to millions repeatedly – in pursuit of ‘national goals’. Only this time they have put the citizens of other nations at grave risk. International scrutiny that the mishandling of COVID-19 has brought upon Xi Jinping and his style of leadership, is set to erode and possibly irreparably damage the well-crafted image of his being the next great leader after Mao. The danger for Xi Jinping is that as the virus spreads globally, the role that China’s system of governance played in delaying a timely response will face growing scrutiny and criticism from the international community.

In such a situation, one would expect any self-respecting nation to make amends and genuinely reach out to other nations with a helping hand and an apologetic stance. However, what one observes is that a defiant China has convinced itself that it is business as usual – at home and abroad.

One must once again turn to the political origins of the Communist Party of China(CCP) to understand this. In 1936, Mao had propounded his ‘16-character formula’: “The enemy advances, we retreat; the enemy camps, we harass; the enemy tires, we attack; the enemy retreats, we pursue.” This sums up the attitude and strategy of the CCP today. While the world is struggling with a pandemic and cooperation, compassion and human touch have once again resurfaced as the hallmark of international relations, China is unabashedly applying the tenets of the 16-character formula to push its hegemonistic agenda. This is amply reflected in its unacceptable and aggressive behaviour in the South China Sea, at the border with India, continuing disregard for human rights in Hong Kong and Uighur detention camps and suppression of the voices of the Tibetan people.

Today, the COVID-19 virus has affected around 8 million people worldwide and caused more than 4,30,000 deaths. No longer can China’s economic miracle and its reputation as a workhorse for the world economy help it sweep yet another crime under the carpet.

The Chinese honeymoon on the world stage is in decline and there are strong indications that the ‘Chinese Dream’ will remain just that – a dream. Nations governed by responsive and representative governments will deal with this crisis and emerge stronger and more resilient. But it is doubtful that the CCP will emerge from this unscathed as it has before – even after bringing untold misery and death upon its own citizens. The time is nigh for the citizens of China to demand accountability, answers and succour from the leader and the government who claim to be for, by and of the working class.