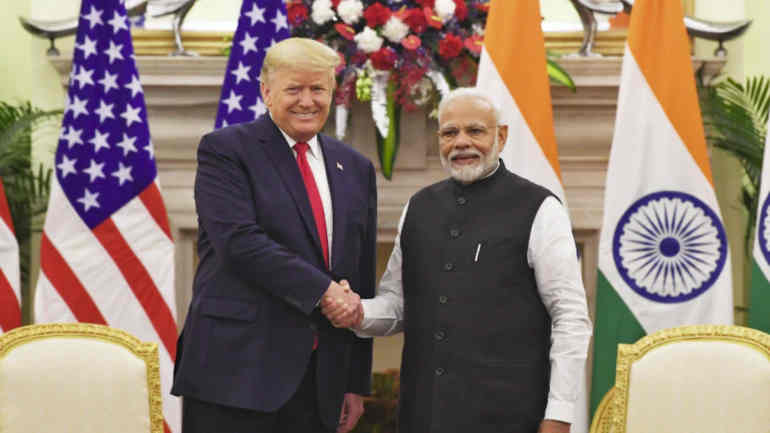 US President Donald Trump’s proposal of expanding the G-7 to include four new countries including India could reshape the global economic and security architecture if it materialises. First unveiled on May 30, it also figured in the telephonic conversation between Trump and Prime Minister Modi on June 1, with Modi welcoming the proposal, and accepting Trump’s invitation to attend the next G-7 summit in the US in September.

Trump’s idea of expanding the G-7 to include India, South Korea, Australia and Russia has its origins in the manner in which China handled the COVID-19 pandemic, and deliberately misled the rest of the world, causing untold death and destruction. But for China’s deceit, COVID-19 could easily have been contained inside the country’s borders, instead of becoming the worst pandemic in living memory. It is therefore important to understand what caused such intense anger amongst the international community, that the US has proposed expansion of G-7 to include India and three other countries.

According to a report dated March 13 in the South China Morning Post, the first case of COVID-19 could have been a 55-year old man, who contracted the disease on November 17 last year. Thereafter, one to five new cases were reported each day. By December 31, the number of confirmed cases had risen to 266. On that day, China informed the World Health Organization for the first time that 41 patients in Wuhan had contracted a new illness.

By then, doctors treating the patients in Wuhan, the epicentre of the outbreak, had privately started raising the alarm about mysterious new pneumonia, which was not responding to standard treatment. However, they were instructed by higher officials not to disclose information about the disease to the public. Eight doctors were punished for “rumour-mongering.” As a result, as late as January 11, Wuhan’s health authorities were claiming there were just 41 confirmed cases of the illness!

The Associated Press published a report on April 15 which stated that top Chinese officials secretly determined they were likely facing a pandemic from a new Coronavirus on 14 January. Even then, they kept the public in the dark for six more days till20 January, when President Xi Jinping broke the news to the nation. People were told that the virus could also spread through human-to-human transmission.

But during those six days, from 14 to 20 January, the city of Wuhan hosted a mass banquet for tens of thousands of people, and millions began travelling through it for Lunar New Year celebrations. Also, by 20 January, more than 3000 people had been infected.

This story of the pandemic’s early days in China shows missed opportunities to control the outbreak at every step. Party officials prevented early disclosure of information about the new virus, resulting in its rapid spread in Hubei province, of which Wuhan is the capital.

But after 20 January, Chinese authorities acted speedily. On 23 January, China imposed a complete lockdown, stopping all flights and other transportation in Wuhan. Major cities including Beijing and Shanghai were cordoned off, resulting in few infections and very few deaths.

However, one crucial decision taken by the Chinese authorities has not received adequate attention in the Indian media. While China locked down all domestic air traffic from Hubei to other cities, it pressed international carriers to maintain their flying schedules until end-March. As a result, while the spread of the virus within China was contained, there was an explosion of infections and deaths worldwide. Chinese authorities also protested against travel bans imposed by other countries, such as Italy and the US. This issue has been raised by many observers, including President Trump.

As a result of the measures taken by it, China succeeded in bringing the pandemic under control by mid-March. But by then, the number of cases of COVID-19 globally had grown thirteen-fold—more than 118,000 cases in 114 countries, with 4,291 deaths. The rest of the world woke up to the disaster almost two months after China announced it on 20 January.

By that time, the novel Coronavirus exported by China to other countries had killed thousands and caused economic damage of incalculable proportions. As of 10 June, the total number of deaths globally was 413,981 with the US alone accounting for more than 114,150 deaths. India has lost over 7,710 lives, and millions have been pushed below the poverty line.

By this act of treachery, China has lost the trust of the world, which it had built gradually after normalisation of its relations with the US in 1979. Since then, China had made enormous political and economic gains, thanks to the goodwill of the US and the international community. But the country’s success seems to have gone to its head, particularly after the 2008 Beijing Olympics. China began to harbour delusions of world domination. It is this Chinese behaviour–instead of showing any contrition or regret for the pandemic it has intentionally inflicted on the rest of the world, the country is blaming others with impunity--that is responsible for the global strategic shift underway.

In addition to what is stated above, lately, China has also engineered incidents at Naku La, Pangong Tso, and Galwan Valley, which lie on the Line of Actual Control (LAC) with India. Doing so amounts to stabbing India in the back at a time when the country is grappling with a pandemic unleashed by China, which has also been creating instability in Hong Kong, the Taiwan Straits, and the South China Sea.

It is against the above backdrop that President Trump’s proposal of expanding the G-7 should be seen. The world needs to come together to contain a China rampaging all over its periphery. China’s “Wolf-Warrior” diplomats are widening China’s trust deficit with the international community by going on the offensive.

Predictably, China reacted with anger to the US proposal. The English language newspaper Global Times, which is a mouthpiece of the Chinese Communist Party, said India would be playing with fire if it joined the expanded G-7, and India-China relations would “deteriorate.” The expansion was “not in India’s interest,” it said.

Russia’s reaction was more positive. A statement issued by the Russian foreign ministry said that expansion of the G-7 was “a step in the right direction.” However, without China’s participation, it “will not ensure universal representation.” China’s mention in Moscow’s reaction need not be taken too seriously; it was pro forma in nature. Russia is keen to join the forum again after it was excluded from it in 2014 in the aftermath of its annexation of Crimea. Trump’s invitation to Russia is designed to wean it away from China, to which it has been drawn in the last few years mainly due to the anti-Russia policies of the US and its allies.

India has excellent relations with all members of the G-7, and those which may join it in the future. India will, therefore, be warmly welcomed into it. Since no expansion of the UN Security Council is likely to place in the foreseeable future, the expanded G-7 will be one of the most influential groups in the world, from which China is excluded. If that happens, it would be a very important geostrategic shift, which will enhance India’s security vis-a-vis China. The reaction of the Global Times is proof of that.

It, therefore, comes as no surprise that on 1 June, PM Modi “commended President Trump’’ for his creative and far-sighted approach, acknowledging the fact that such an expanded forum would be in keeping with the emerging realities of the post-COVID world.” These emerging realities” include threats to international peace and security by a state that refuses to respect international norms of behaviour. As for China’s ambitions of global domination, they are unlikely to fructify. A state that deliberately harms other countries cannot lead the world.

The author is a former Ambassador