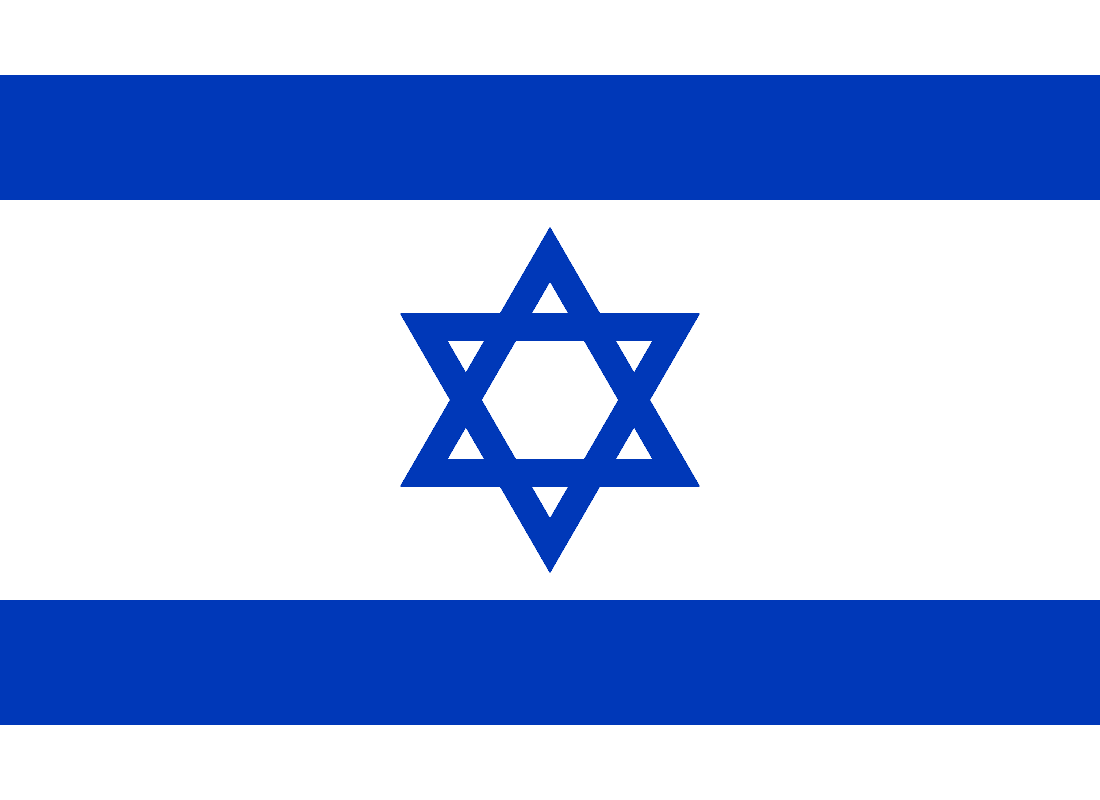 The Israel Factor in South Asia

Less than a decade back, the recognition of Israel by the UAE and Bahrain was perhaps unimaginable. Did all these happen without the House of Saud giving it a nod, albeit from a distance? Egypt and Jordan already have ties with Israel.  But how do the mint-fresh equations affect the Asian continent and especially, Pakistan? The author walks the ropes in his article.

On multiple occasions, Pakistan Prime Minister Imran Khan has stated that he is under pressure to recognise Israel. Though he has never mentioned the source of such pressures, everyone assumes that it originates from his erstwhile Middle East benefactors, Saudi Arabia and the UAE. However, it could also include the US, as Trump is pushing for the normalization of relations with Israel before he departs from the White House. Imran reaffirmed, at least for public consumption, that recognition of Israel would only be considered once Palestine is granted independence, echoing the words of the country’s founder, Muhammad Ali Jinnah. Simultaneously, there were debates on Pakistan TV channels on recognizing Israel. These debates were possibly testing waters within the country on whether the government can risk recognizing Israel.

For decades, Pakistan has taught its citizens that their nation has two eternal enemies, India and Israel, who are working in tandem against them. Pakistan sponsored terrorists specifically attacked Chabad House in Mumbai and killed six Jews during the Mumbai attacks in 2008. Jews were the nominated targets during the attacks. Such is the kind of hatred for Israelis within Pakistan that many believe that along with Abhinandan, an Israeli pilot was also captured following the Balakot air strike in 2019. Incidentally, Bangladesh, the other major Muslim nation in the subcontinent, has also not recognized Israel.

According to UK based journalist, Noor Dahri, a member of the Islamic Theology of Counterterrorism, UK, and a researcher in Islamic Terrorism, the Pakistan government nominated a close ally of Imran Khan, currently a UK citizen, to visit Tel Aviv in end November to meet officials of their foreign ministry. The individual was briefed in Islamabad and Rawalpindi before departing for Israel. The reason for selecting a UK citizen was that the Pakistan government could officially claim it was not directly involved. There have been no comments from Pakistan to the contrary.

The message he possibly conveyed was that Pakistan wanted Israeli support to reduce the cold treatment being meted out by the Middle East countries, backing in FATF and support in the US to counter Indian lobbying against Pakistan. In return, Pakistan would commence establishing political ties, albeit slowly, due to fear of the strong religious backlash within the country. The individual is also rumoured to have met the Mossad Chief, Yossi Cohen and conveyed a message from Pakistan’s Army Chief.

It is not the first time that Pakistan has attempted to establish diplomatic ties with Israel. The then Foreign Minister of Pakistan, Khursheed Kasuri met his Israeli counterpart, Silvan Shalome in Turkey in September 2005. Pakistan simultaneously refused direct aid from Israel in the aftermath of the earthquake in POK in October the same year, advising Israel to send their aid through international relief organizations. In November 2005, a 174-member non-official delegation from Pakistan, which included religious scholars, political figures, retired officers and businessmen visited Israel.

There were also rumours in global media of a high-level Israeli official flying into Islamabad from Tel Aviv in October 2018. The individual flew back after 10 hours. Avi Scharf, Editor of Haaretz, an Israeli English daily, tweeted last month that a Pakistani business jet, which is only used by their army for secret meetings, was believed to have landed in Amman for holding talks with Israeli officials. It returned after two days.

Currently, four Arab nations to include Egypt, Jordan, UAE and Bahrain, have recognized Israel. The UAE and Bahrain, which recently recognized Israel, would have done so with the prodding and support of Saudi Arabia. The House of Saud, on account of its position of being the custodian of the two Holy Mosques, leader of the Organization of Islamic Cooperation and ruled by a King unwilling to bend, is yet to formally recognize Israel. Unofficial contacts between them continue. The meeting between the Israeli Prime Minister Benjamin Netanyahu and Saudi Crown Prince, Mohamad Bin Salman, in end November, is the worst kept secret of the region.

Pakistan is aware of the benefits of recognizing Israel. These include better ties with the US as it would display a softening in its rigid foreign policy approach, open doors for procurement of Israeli weapons while attempting to limit Israel’s support to India. It could also recast its relationships with Middle East nations, which are currently moving downhill. Finally, it could ease pressure in the FATF.

However, it would have to give up its strong support to the Palestinian cause, which strengthens its attempt to position itself as a strong backer of the Muslim issues. This will also weaken its Kashmir stance as Pakistan has always linked Kashmir with Palestine. It would definitely impact its relations with Iran as both Iran and Israel are sworn, enemies. In this case, Pak would have to choose between Israel and Saudi Arabia on one side and Iran and Turkey on the other.

Relations with Turkey would also be impacted, as though Turkey maintains diplomatic ties with Israel, it currently seeks to challenge those recognizing it, especially as Turkey teams with Iran and Malaysia to counter the House of Saud. Ironically, last week, Turkey nominated its ambassador for Israel, an appointment vacant for almost two years since Trump declared Jerusalem as the capital of Israel. It’s possible that Turkey is doing so to win favour in the US. However, it is also argued that Israel and India could even pull Turkey, currently in deep financial trouble, away from Pakistan.

The belief within the ranks of Pakistan’s hard-line clerics is that India-Israel and the US are a joint threat to the country. Rabia Akhtar, a nuclear historian and foreign policy analyst stated in Strafasia, ‘In addition to India’s consistent arms build-up, and military modernisation, the Abraham Accord brokered by the US (recognition of Israel by Middle East nations) has direct implications for Pakistan, the biggest of which is that of the encirclement of Pakistan given the prospects of Indo-Israeli proximity near our waters.’ Thus, hard-liners are unlikely to accept early recognition of Israel.

The testing of the concept of recognizing Israel played out in Pakistan’s media houses in recent days, led to strong objections, especially from hardliners. Therefore, the Pakistan government despatched a UK based citizen to Tel Aviv, rather than an official from Islamabad. Israel, on the other hand, has never considered Pakistan as an enemy. Benjamin Netanyahu, on his visit to India in 2018 stated, ‘We [Israel] are not an enemy of Pakistan and Pakistan should not be our enemy either.’

Pakistan would possibly be seeking to engage Israel without establishing formal ties. Lt General Shafaat Ullah Shah, a former Pakistan ambassador to Jordan stated, ‘By engagement, we can serve the Palestinian cause better than by confrontation. This requires a bold initiative by our leadership and to shape environments, rather than be swayed by them.’ This implies Pakistan attempting to gain in every manner without officially committing to recognition. However, in return, it would need to tone down its rhetoric on Palestine.

Bangladesh and Israel emerged post near similar conditions of the holocaust. Interestingly, the Indian General behind the planning and execution of the 1971 war was Lt General JFR Jacob, a Jew. Israel offered to recognize Bangladesh as early as February 1972, which Bangladesh refused, seeking to win the favour of Arab states, rather than recognition by Israel. It has still not recognized Israel. With a change in the global scenario, it will benefit Bangladesh if it moves forward and establishes ties with Israel, as many Middle East nations are doing so. It would also open doors to Israeli investment and technology.

For Israel, recognition by Pakistan, the Muslim world’s only nuclear power, and maybe subsequently Bangladesh, would imply a major diplomatic victory. It would further isolate Iran, which is its ultimate aim. The Palestinian cause would also lose steam. If Pakistan adopts the approach of diplomatic parleys without recognition, then it may not lead to much change in Pakistan’s approach and possibly would not be acceptable to Israel.

For India, improved diplomatic ties between Israel and Pakistan would not change anything. India-Israel ties are at the strategic level and well established. The possibility of Pakistan procuring Israeli weapons is a remote possibility for a long time to come. However, dilution of Pakistan’s claims on Kashmir would be a benefit. It may reset Pakistan’s relationships with Gulf nations but enhance distance with Iran and Turkey, its current allies. Bangladesh recognizing Israel would bring India closer to them as India and Israel could cooperate in further investment and development in the country.