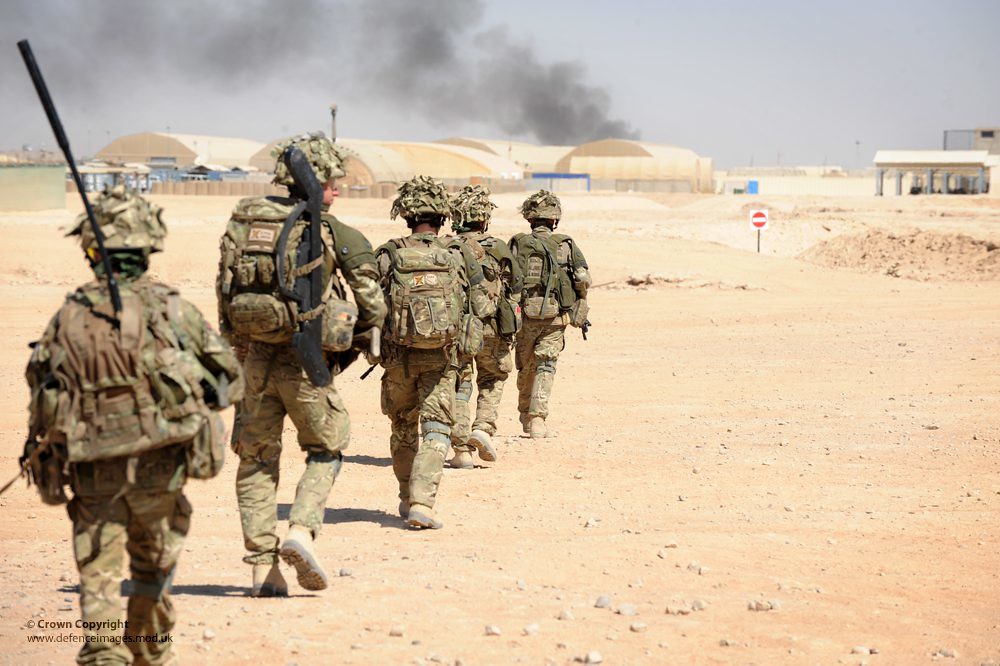 Another never-ending war has come to a halt in Afghanistan. To say, it has come to an end may not be a judicious prognosis. The author opts for soft power being the preferred means, rather than the prolific resorting to hard power, which in the case of the Americans, has led mostly to pyrrhic victories.

The US intervention in Afghanistan is being hailed as a Cadmean victory. In Greek mythology, it refers to Cadmus (Greek: Kadmos) the legendary founder of Thebes in Boeotia and the mythic bringer of the script to Greece. On seeking to establish the city, Cadmus required water from a spring guarded by a water dragon similar to the Lernean Hydra. He sent his companions to slay the dragon but they all perished. Although Cadmus eventually proved victorious, the victory cost the lives of those who were to benefit from the new settlement.

The US invasion of Afghanistan, initially to root out Al Qaeda and subsequently to establish the rule of law and democratic governance in Afghanistan has turned out to be the death knell for not only the people of Afghanistan but also a victory invoking the ruin of the United States of America. Why is it that a country that is most sought after the world over as a land of equal opportunities, a great democracy, the leading economic and military power, a country which invariably fares in the top rankings of freedom and development indices fail when it comes to replicating its model beyond its shores?

Joseph Nye coined the word ‘soft power’ in his 1990 book, ‘Bound to Lead: The Changing Nature of American Power.’ In this book, he wrote, “When one country gets other countries to do what it wants might be called co-optive or soft power in contrast with the hard or command power of ordering others to do what it wants.” The appeal of the United States lies in an open society, world-class education, excellence and innovation in the fields of STEM or Science, Technology, Engineering and Mathematics and in the medical field.

This is borne out from the long queues that are witnessed outside US embassies and consulates across the world, of people desperately trying to get the much sought after ‘US Visa’ for their passport to the golden land of opportunities. The Statue of Liberty, in New York harbour, serves as a beacon of freedom and hope and icon beckoning immigrants to the Promised Land, arriving by sea. The strength of the United States lies in its people who converged from all around the world, making the country their home and contributing to its success and glory.

The nature of conflict, the yearning for territory and influence as it existed in the last two centuries have seen a seismic and seminal shift in the recent past. Imperialist tendencies of the last century to conquer territory and rule have been replaced with the desire to influence trade and economic might more than muscle, which consisted of military might. This shift has come about with concurrent development and advancement of military capability across all domains.

Even though the United States never had territorial ambitions and aspirations like other imperial powers, it never hesitated in exploiting its military and diplomatic muscle towards intervention and regime change in countries across the world, whenever it felt its interests were being threatened whether in actuality or otherwise, did not matter. It is ironic that the world’s greatest superpower with the largest and most modern armed forces, having the capability to decimate nations and force regime change, has repeatedly failed in exerting its influence to replicate its own model and ensure peace and stability wherever it has intervened in the past.

The Korean War in the early 1950s was the first conflict after the end of the World Wars wherein the United States got into a protracted conflict with the Soviet Union, to limit the spread of communism. More than a couple of years into a bloody and frustrating war, with many casualties, the war resulted in a stalemate with the signing of the armistice agreement between the United States, China and North Korea. The war technically has not yet ended as South Korea did not agree to the armistice or sign the peace treaty as it continues to object to the division of Korea.

Soon after, in 1955, the United States got embroiled in Vietnam, into a conflict that lasted almost two decades with the Americans at home drumming up anti-war rhetoric to an extent that it became untenable for the United States to continue fighting in an alien country against a determined Viet Cong. The ignominious defeat of the United States left many scars on its homeland apart from the Post Traumatic Stress Disorder suffered by many soldiers who fought valiantly against an unknown and ingenious enemy in the Viet Cong.

After a brief hiatus of a few years, in October1983, after the simultaneous Beirut barracks bombing by Shia suicide attackers in which 241 US servicemen and 58 French paratroopers were killed, the United States once again got militarily involved in Lebanon. After a protracted conflict in which two US aircraft were shot down and the bombardier/navigator of the A-6 Lt Bobby Goodman who was captured by Syrian soldiers, released, Ronald Reagan the US President was pressured by the Congress to undertake a troop withdrawal from Lebanon.

In 1992 the United States led an UN-sanctioned effort to end the humanitarian crisis in Somalia where more than 4.5 million Somalis were on the brink of starvation following a civil war in the country. President Bush, in his last days in office, proposed to the United Nations that American troops be sent to protect the aid workers. After the ambush and killing of 24 Pakistani soldiers who were inspecting a weapons storage facility as a part of the UN-sanctioned force, the situation took a turn for the worse when two US Black Hawk helicopters were shot down in the streets of Mogadishu while making an attempt to capture the head of the militia, Aydid. In the ensuing fight which left 18 US soldiers dead and 84 wounded, the intervention was seen as a failure because of the high cost to American lives. The US withdrew all troops from Somalia, followed by the UN troops a year later, leaving Somalia to its fate, engulfed in clan warfare.

The present century has seen the unfolding of the wars in Iraq and Afghanistan, once again initiated by the United States, tuning out to be interminable and protracted conflicts, the former from 2003 to 2011 and in Afghanistan from 2001 to 2021; all to no avail. With innumerable lives lost, trillions of dollars spent, the only gains have been of the United States losing its goodwill and the arms industry flourishing. While nations look to maximize power and self-interest, in their quest for power and influence the use of hard power comes with its own cost of waning soft power. In the long term, to provide a simile to the adage, ‘The pen is mightier than the sword’ one can say with conviction that ‘the appeal of hard power is ephemeral while soft power is for posterity.’