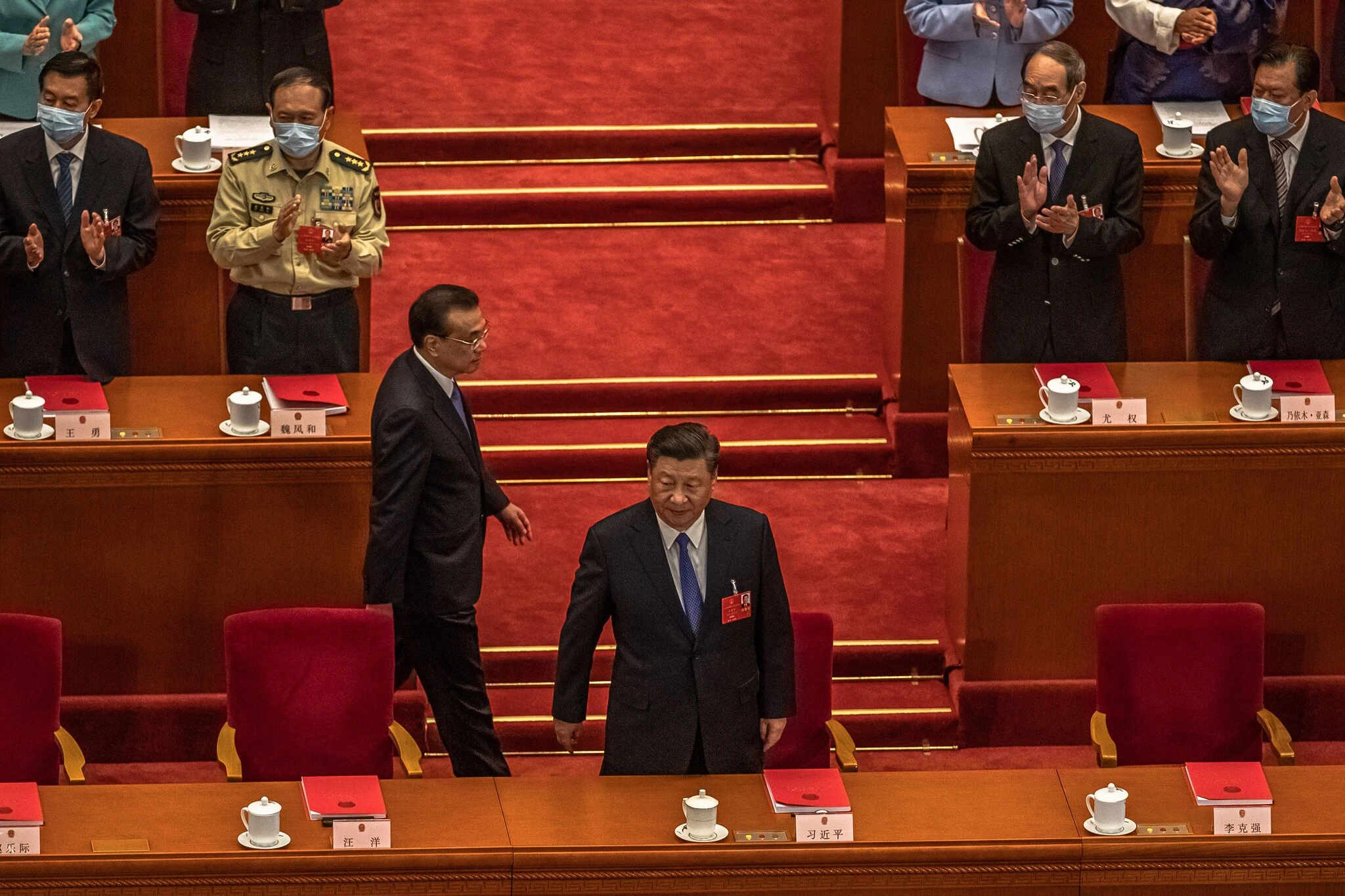 Time to Reflect on Our Strategic DNA

A full-fledged confrontation with China was barely considered as plausible till very recently. However, the scenario has changed rapidly. The illusion of peace and tranquillity along the Line of Actual Control has dissipated. The strategic consequences from the changed scenario require a more pro-active stance to be followed, however difficult be it in the COVID-19 affected environment. The author feels there is a need to evolve new strategies in diverse domains to cope with the emerging realities.

Two concurrent intellectual articulations in the media necessitate some deep introspection within India’s strategic community, particularly within politico-diplomatic-military-intelligence structures. The first is a recent piece by Chris Buckley in the New York Times titled ‘Clean Up this Mess’: The Chinese Thinkers Behind Xi’s Hard Line.’ Quoting a frontline Chinese scholar, Tian Feilong, who primarily addressed Western liberal constituencies, the article quotes him as arguing: “Back when I was weak, I had to totally play by your rules. Now I am strong and I have the confidence, so why can’t I lay down my own rules and values and ideas?”

Several such views have emerged over the last few years from a group of uncompromisingly anti-liberal and pro-authoritarian Chinese intellectuals who have been termed as ‘Statists.’ Essentially, Tiang is only invoking an old Thucydidian principle called the Melian Dialogue that emerged during the Peloponnesian War prior to the siege of the island of Melios by Athens that says: ‘the strong will do what they can and the weak suffer what they must.’

The second articulation is by none other than India’s Foreign Minister, Dr S Jaishankar. In a recent statement made during an interview with The Times of India, he has argued “Reaching an equilibrium with China is not going to be easy. We will be tested and we must stand our ground.” He also asserts that the state of the border and the future of bilateral ties cannot be separated. India at last maybe slowly realising at its own elephantine pace, the sub-optimal outcomes accrued so far from its existing China policy.

Coming as it does when the current crisis in Ladakh enters its fourth month offers some pointers that India may be finally coming to grips with a possible fait accompli and a new status quo that the Chinese are likely to offer it. Will it be a case of the Melian Dialogue playing all over again, or is time for India to emerge out of the cocoon of a post-independence strategic culture and DNA that has been for long wrapped in a cloak of diffidence, restraint and responsibility.

India’s preference over the years for reactive and overly restrained response strategies against belligerent adversaries can be perplexing to many. Like several liberal democracies, India has struggled to cope with the changing character of war and conflict in the twenty-first century. It has slowly understood the complexities of hybrid warfare and its effectiveness as the situation in Jammu &Kashmir has remained volatile despite the overwhelming presence of the Indian Army and the institution of several constitutional initiatives. Irrespective of the political dispensation of the time, India’s China strategy and policy have been overly dependent on diplomacy, Track-II dialogues and misplaced notions that it is possible to delink the boundary question from the larger relationship.

This assumed that the economies of the two nations are so intertwined that it would subsume the boundary question, which could be ‘managed’ through several protocols. Nothing could have been further from the truth as the Chinese assiduously have woven a diplomatic smokescreen around the nearly thirty years of Peace and Tranquillity along the LAC. Simultaneously, they have probed the Indians periodically before swiftly moving in strength against India’s most visible vulnerability during a period of global panic arising from the COVID-19 pandemic.

Among the most important elements of warfighting in the contemporary world of unstructured warfare is the Observe, Orient, Decide and Act (OODA) loop. So pervasive has its impact been that it is now discussed not only in war studies courses and military operational rooms across the world but also at apex governmental strategic decision making structures and in corporate boardrooms as part of business strategy.

The OODA Loop emerged as a key operational concept in modern warfare in the early 1980s, thanks to a maverick United States Air Force fighter pilot, Colonel John Boyd. Boyd argued that split-second decision making during air combat was dependent on four main sensory actions that he attractively packaged as the OODA Loop. Thus, a pilot who managed to observe the enemy first and analyse the combat environment in all its complexity – either with the help of radar or with his eyes – and orientated himself in time and space quicker than an adversary – gained a few seconds over the enemy to decide how to act. This lead of a few seconds invariably resulted in an action that marked the difference between victory and defeat, or even life and death.

Boyd argued that the OODA Loop could be made shorter by complementing human ingenuity and reflexes with training and rapid advances in technology. He also suggested that organisational lethargy and lack of imagination could slow down the loop and allow nimble adversaries to seize the advantage. The OODA loop has turned modern warfare on its head and offered a level playing field to decision-makers across the spectrum of conflict to operate inside each other’s loops and gain disproportionate advantages.

It is important to ponder over India’s strategic responses over the years against the OODA Loop.  Both China and Pakistan’s Deep State, India’s principal military adversaries, have managed to operate within India’s strategic OODA cycle on several occasions. The only time the Indian strategic establishment has acted inside an adversary’s OODA loop has been when the Indian Army, ably supported by the Indian Air Force, occupied several heights on the Saltoro Ridge in 1984, pre-empting an ongoing Pakistani attempt to do the same. The rest is history as India has exercised complete control over the Siachen Glacier since then.

The disruptive impact of the COVID-19 pandemic is likely to seriously impede capability building in the Indian military over the next five years, and the maxim of ‘do more with less’ and ‘manage all the emergent crises’ may well be the clarion call from the political establishment. It may also force India to adopt a cautious ‘wait and watch strategy’ against belligerent adversaries, rather than make the transition to more proactive and preventive strategies that seemed to be emerging after the cross-border strikes of 2016 and the Balakot strike of 2019.

The speed of change in the regional security environment has forced India’s security establishment to change its orientation from one that anticipated fewer instances of traditional conflict across the spectrum in the next few years, to a sudden possibility of full-spectrum conflict across multiple fronts. The Indian military will have to find the ways and means of keeping the traditional sharp end of the sword ready to be wielded whenever called upon to do so in less-than-war, limited conflict and full-spectrum contingencies in all three domains.

Least expected, however, is the reality that this capability could be called into action sooner than later in the wake of the ongoing border crisis with China. Concurrently, it will need to build intellectual capital, evolve strategies and train to cope with the new ways of war. Domains, as dispersed as space, cyber, social media, internal security and military diplomacy, will no longer be considered peripheral as India’s military must remain a critical instrument of statecraft as it continues its march towards becoming a leading power.

Air Vice Marshal Arjun Subramaniam is a retired fighter pilot from the IAF who has flown MiG-21s and Mirage-2000s. He is also a military historian, academic, strategic commentator and mentor. He has been a Visiting Fellow at Harvard and Oxford universities and Visiting Professor at the Fletcher School of Law and Diplomacy, Ashoka and Jindal Universities. He has lectured extensively at war colleges in India and the US and at a wide range of Universities and think tanks in the US and UK including Harvard, MIT, Georgetown University, Oxford, Carnegie Endowment, RUSI and IISS.