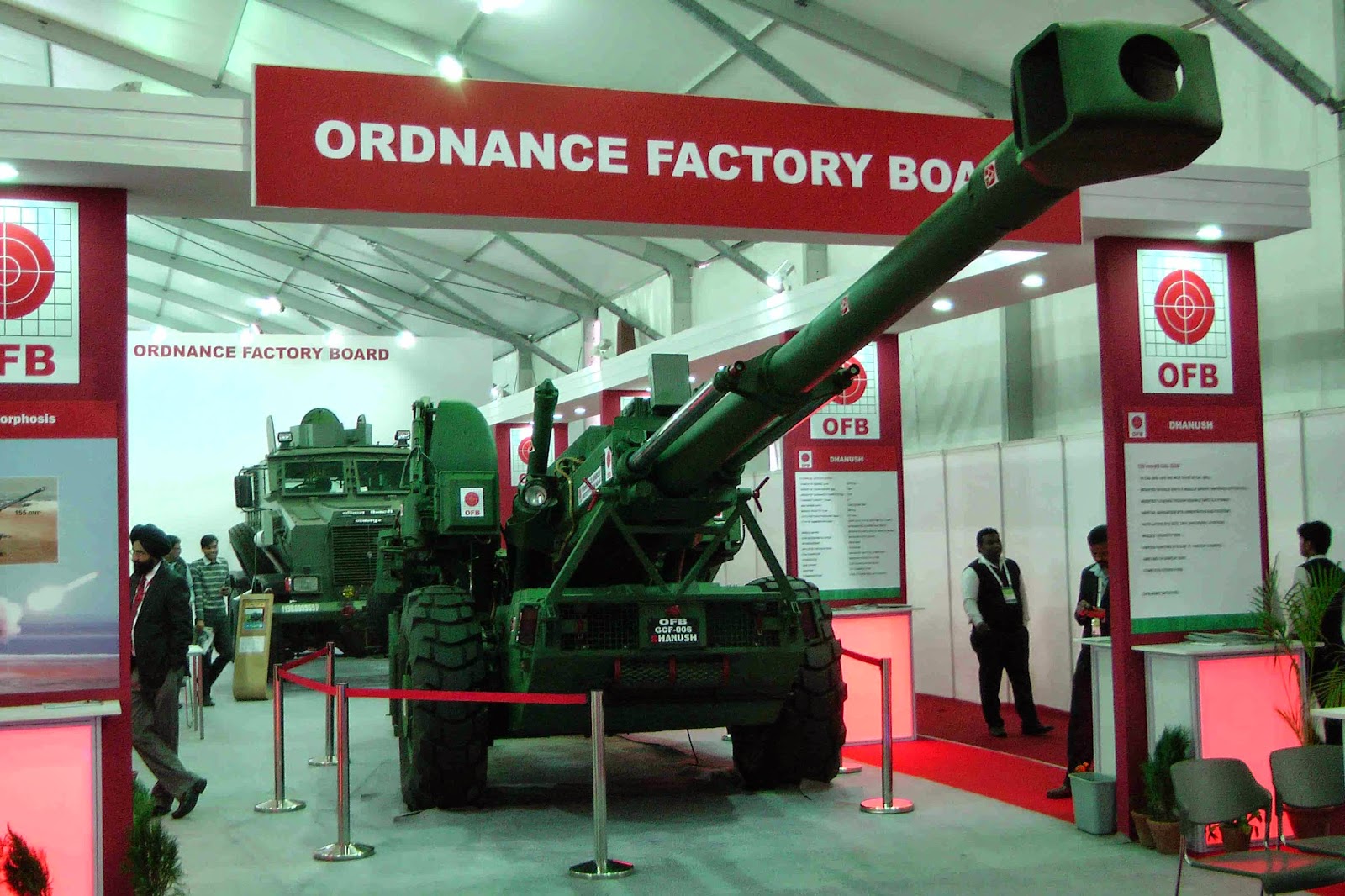 Unlocking the Legacy of the Ordnance Factories

Brig Suni Gokhale’s article examines the functioning of Ordnance Factories (OF) to arrive at the causes for shortcomings that have not been attended too adequately, in the past. He suggests that the Government abide by the recommendations of the Kelkar Committee, largely, and revitalize the OFs. The article flags a few reforms that need to be pursued and also suggests that the huge assets of some OFs, especially in terms of land holdings, be taken into account and utilsied for generating funds required for investments to modernize and build capacities. The author warns that the process of transformation will not be easy, with vested interest groups politicising the issue and established unions opposing the march forward.

UNLOCKING THE LEGACY OF THE ORDNANCE FACTORIES

On the eve of independence, this organisation, a legacy of the British Raj was the bedrock of India’s Defence Industry. Sadly, today, the OFs are one of the worst performing industrial units. Besides the 41 OFs, the OFB also has nine Training Institutes. The factories are divided into five operating divisions, depending upon the type of the major products/technologies employed:

Imperatives for Redeeming the Legacy

In 2005, the Vijay Kelkar committee report on “Revitalising Defence Public Sector Undertakings and Ordnance Factories” had recommended corporatising the OFs on the lines of BSNL.  More than 10 years later no major action has been taken to restructure the OFB and OFs. With the new DPP 2016 nearly finalised, the MoD needs to turn its attention towards not only implementing the recommendations of the Vijay Kelkar committee, but to even go beyond its recommendations, in order to unlock the dormant value of the OFs and unleash them to become a defence industrial powerhouse, in tune with the emerging concepts of industrial/commercial organizations and manufacturing technology. The following facts gleaned from recent CAG and Annual MoD reports on the performance of the DGOF only go to highlight the sense of urgency to set things right: 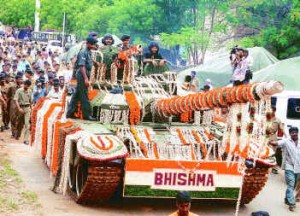 T-90 S tank ‘Bhishma’ rolls out of the assembly line of the Heavy Vehicles Factory at Avadi in Chennai
Image Courtesy: The Hindu

While it is easy to criticize the numerous shortcomings of the OFs and berate their management and workers, the fact is that the very concept under which the OFs were established by the British and later expanded after India’s independence has lost its relevance. With the advent of the Revolution in Military Affairs, riding on the back of an ever increasing pace of technological evolution, redundancies occur at a much faster pace, the concept of a factory or manufacturing plant solely dedicated for producing just one type of product for a single consumer, is neither technologically or financially a viable option. Faced with increasing lack of workload and redundancies in the Royal Ordnance (RO), the British Government in 1987 exited from its control of RO, while some units of RO were shut down or sold off, the remnants were consolidated and corporatised as RO Plc. Later even these remnants became a part of BAE Systems, an armaments MNC. 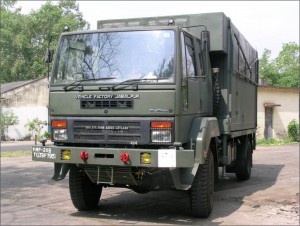 The trend of the State shedding its control over defence R&D and manufacturing entities is also evident in major arms producers such as Brazil, Israel, South Korea, Russia and Ukraine.  Unfortunately in India reform of the State owned defence industry is a mirage.

Restructuring and Right Sizing: As a hypothesis, take the case of HVF Avadi, an OF in the suburb of Chennai, the sole product of this factory is Battle Tanks. It produces at best about 100 tanks per year, similarly OF Medak in Telangana produces an approximate of 100 BMP II ICVs per year. A dedicated standalone OF (named EFA Avadi) to produce engines for tanks and ICVs was set up in Avadi which produces/overhauls only three types of engines; two for tanks and one for ICVs. Setting up an OF to meet a requirement of only 200 engines per year for new tanks and ICVs and maybe another 100 engines per year, as replacement engines cannot be a viable proposition. Such an engine manufacturing line could have been more viable in a dual use configuration, set up as a JV with an existing diesel engine manufacturer in the private or public sector.

Based on this hypothesis, consolidation, mergers, as also liquidation of redundant OFs is a must to reduce the high level of overheads and make the OFs a lean and mean organization. Surpluses of liquidated facilities can be most fruitfully utilised in an environment where land is a most scarce and costly commodity to push the setting up of vital defence and defence related industries in the “Make in India” Campaign, e.g., in the Electronic System, Design and Manufacturing sectors.

Realising the Value of Fixed Assets: Seen in the light of the fact that in 1984, OF Medak was built over 3000 acres of land, it maybe able to accommodate additional assembly plants to manufacture all types of fighting and transport vehicles required for the defence forces, as also meet commercial demands of dual use automobile products. Imagine the reduction in overheads in terms of manpower costs, establishment costs and optimum utilisation of machinery which could be achieved! No modern private sector engineering goods industry occupies such vast tracts of land. Majority of OFs are well endowed with land and administrative infrastructure. Urbanisation has resulted in some of the OFs being encircled in highly developed residential and commercial areas. In the process of restructuring, it would be worth considering the potential of these fixed assets to generate cash flows for the capital investments required to set up other state of the art manufacturing facilities, e.g., capitalising the long delayed Bi-Modular Charge System  plant could be one such venture.

Exploiting HR, Knowledge and Skills: Over the years the OFs have created a pool of skilled and experienced workers and managers, some of them can form the nucleus in the expanding defence manufacturing units in the private sector. The OFB has also established nine “Institutes of Learning”; these can become a valuable facility for skill and knowledge development of workers of new entrant companies in the defence sector.

Belling the Cat: An Approach to Restructuring the OFB

Strategic Planning: Based on the recommendations of the Kelkar committee, a well thought out strategy and plan with clear mile stones for the short, medium and long term will be the key for initiating the process of restructuring the OFs. The aim should be to liquidate redundancies, consolidate OFs as per technology and retain only strategically critical OFs from amongst the various Divisions e.g. some OFs from the Ammunition and Explosives, Armoured Vehicle and Weapons Divisions.

Consensus Building: Lobbies seeking to protect vested interest through political activists and entrenched unions are likely be the biggest obstacle. This needs to be preempted by announcing a fair compensation package to those whose employment may be terminated and an outreach campaign to disseminate the imperatives for restructuring among the citizens at large to generate consensus. Finally to conclude, for the benefit of the naysayers, there are two adages which need to be quoted: