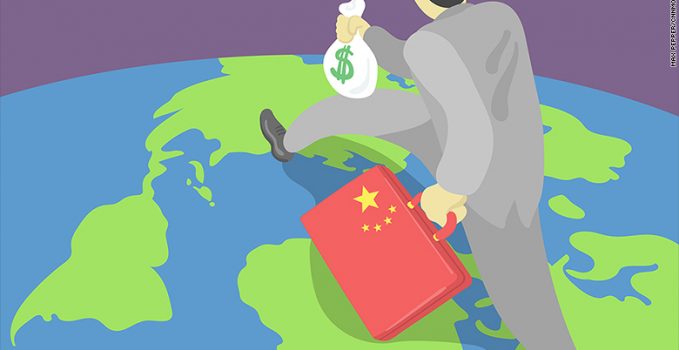 Why Do Nations Fall Into The Chinese Debt Trap?

There are several nations which are falling into the Chinese debt trap. In some cases, it is involvement with faulty projects with Chinese funding, while in others it is a case of being unable to clear loans linked to the Belt Road Initiative (BRI). Some of these nations are being compelled to part with strategic assets as they are unable to clear their dues. As the BRI expands, more nations are likely to follow suit. In India’s vicinity it’s Sri Lanka, Myanmar, Pakistan and the Maldives.

In the case of Sri Lanka, China offered billions of dollars of loan to the previous government of Mahinda Rajapaksa for new infrastructure projects, post the end of the civil war. The new government was stuck with unpaid loans of over USD 8 billion. Colombo ultimately took the decision to hand over the Hambantota port to China for 99 years.

In Myanmar, China had financed the Myitsone Dam, which was foreclosed by the government in 2011. It was a project doomed to fail as local inhabitants were against it since its commencement. Initially China offered to buy 90% of the electricity produced, changing the ratio once work commenced. While the project was to cost USD 3.6 Billion, at the time of foreclosing, Myanmar owed China USD 800 Million. China is now compelling Myanmar to hand over controlling rights to the strategic deep-sea port of Kyauk Pyu, which was initially planned for a 50:50 partnership. This port would form a major link to its BRI as also enhance security concerns for India.

The case of Pakistan is well known. Pakistan imports 60% of its military hardware from China. It also banks on China for the complete funding of the CPEC. It has recently taken two loans of USD 1 billion, at high interest rates from China, only to shore its foreign exchange reserves which fell below manageable levels.
To add to its problems, it had initially offered immense concessions to Chinese firms. Finally realising that it is heading for deep trouble, it has declined to sign Phase II of the Free Trade Agreement with China, as it could further jeopardise their economy. Gwadar port has been handed over to China for forty years and there are reports of China building a naval base close to it. Pakistan’s repayment of USD 5 billion a year to China would commence soon, which would be beyond its financial capability, forcing it to surrender greater assets.

The International Monetary Fund (IMF) Managing Director, Christine Lagarde, stated in the BRI conference in Beijing recently, that while it is showing signs of progress, it possesses potential debt risks for partner countries involved. She added that the initiative can provide much needed infrastructure financing to partner countries but should not be considered a free-lunch by those nations. BRI can lead to problematic increase in debt, which could create balance of payment problem.

According to a report issued last month by the Washington Centre for Global Development, eight countries on the BRI route may already have trouble servicing debt due to increased levels of borrowing from China. These include Pakistan, Djibouti, Kyrgyzstan, Mongolia, Tajikistan, Maldives, Montenegro and Laos. It also found 23 countries at risk of ‘debt distress today’ due to BRI borrowing.

The Chinese response to debtors has been inconsistent and not in terms with practices adopted by international lenders working with economically weaker nations. In a few cases debt has been forgiven, but in most, disputed territory or control of infrastructure has been demanded in lieu.

The Chinese approach of advancing loans is at variance with that adopted by the IMF. The Governor of the Peoples Bank of China, Yi Gang stated in the same BRI conference, ‘Ensuring debt sustainability (is) very important.” He added that it was just as important to consider ‘how to expand domestic infrastructure investment and how to improve public investment while taking advantage of external resources.’ Developing nations welcome the Chinese approach as the IMF places stringent conditions on debt management, implying delay in much needed infrastructure. The two approaches are almost the opposite.

Logically, it is not that national governments are unaware of the risk of taking high interest loans from China, which come with an interest rate of 4% and beyond, as compared to much lower interest rates from other international financial institutions. Further, labour involved in construction of infrastructure is Chinese, thereby not enhancing employment avenues in the recipient nation. 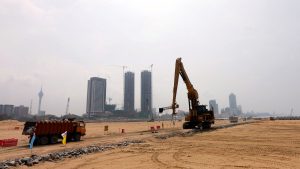 Governments are aware of long term risks but seeking to shore up the economy in their short term in power, ignoring long term impacts, results in placing nations under debt. Since funds come for infrastructure development, nations justify availing it by saying that the investments would boost the economy in the short term.
Rex Tillerson, the erstwhile US Secretary of State summed up the Chinese approach when he stated, ‘Beijing encourages dependency using opaque contracts, predatory loan practices and corrupt deals that mire nations in debt and undercut their sovereignty, deny them their long term self-sustaining growth’.

Others have termed it as ‘debt trap diplomacy’ implying offer of cheap infrastructure loans, with the sting of default coming if smaller economies cannot generate enough cash to pay their instalments. Many new governments have also ordered investigations into alleged Chinese bribery of their predecessors, which have led to the nation being shackled by loans they cannot pay.

Some nations have begun to realise the futility of taking loans from China; Nepal being an example by rejecting Chinese offers for a dam construction. However, most countries have fallen for the game, and failed to generate the desired funds for repayment.

In our own neighbourhood, Bangladesh, Myanmar, Sri Lanka and Pakistan have already taken huge Chinese loans. Nepal may soon be the next, as it has decided to join the BRI. As these nations fall into the debt trap, Indian security concerns rise. These nations lack internal stability and hence their army plays a stabilising role from behind the throne.

The government of India must either employ military diplomacy or openly engage with the powers behind the throne to convince them to wean away their governments from falling into Chinese debt traps, thus forcing them to surrender important military infrastructure to China. While governments may come and go, the army in these countries would continue to provide stability and dominate politics from the back seat and hence need to be engaged steadily.