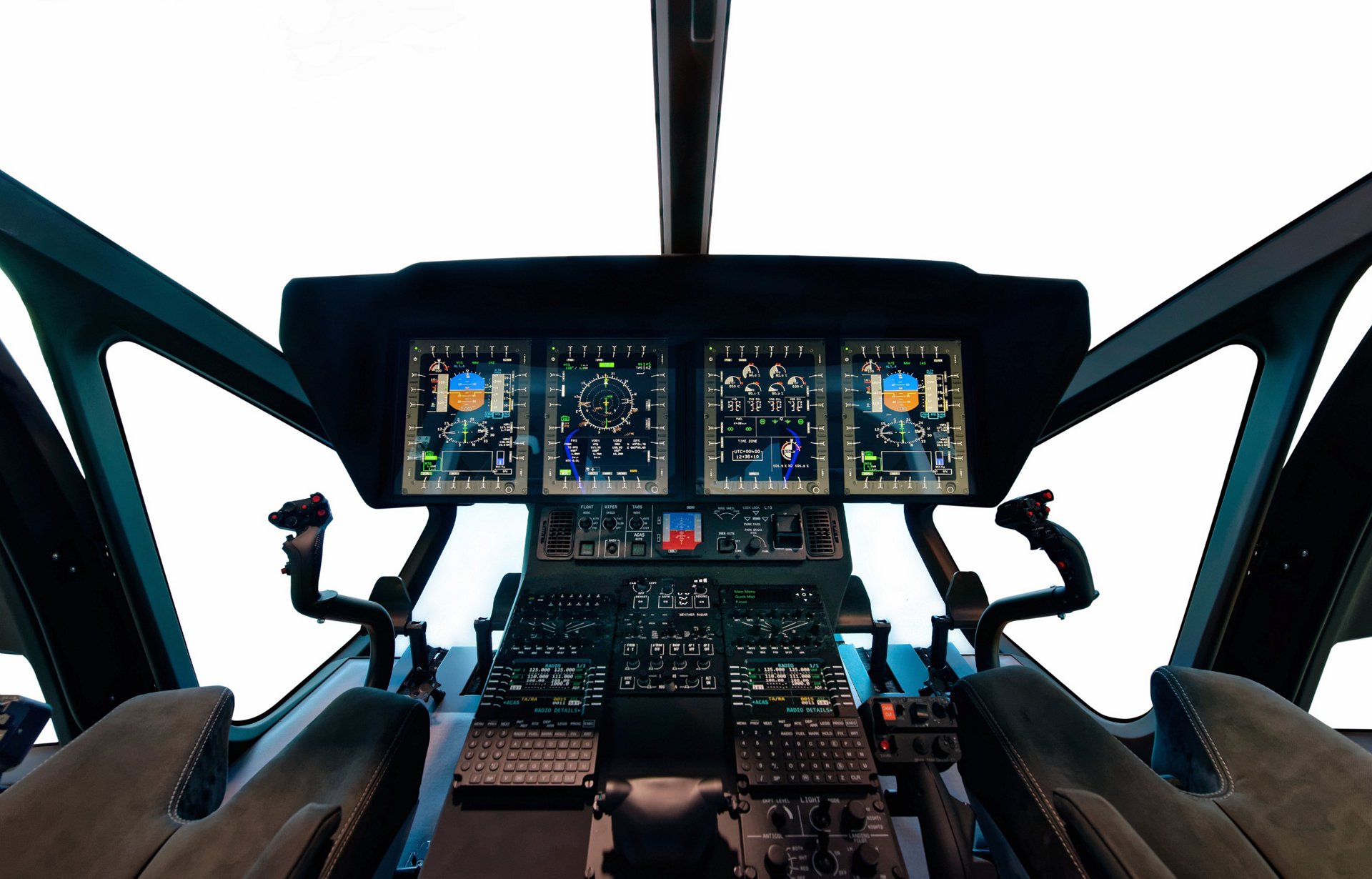 Why Helicopter Simulators are Becoming Essential?

Training on simulators is becoming more and more essential with the cost of the equipment rising steeply. In the case of helicopter pilots the training is extensive and calls for substantial number of hours on the aircrafts. The advantage of simulator training is it reduces the flying hours consumed of the helicopters, which is inevitably related to its maintenance also; again a costly proposition. The author discusses the use of helicopter training simulators that are available today and are sophisticated enough to make a serious dent in training costs.

Why Helicopter Simulators are Becoming Essential? 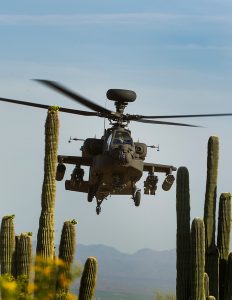 Helicopters are basically unstable machines and hence complex to handle, pilot and operate in critical civil and military operations. It is widely acknowledged by the helicopter industry world over that the current helicopter accident rate is far too excessive and needs to be addressed on a war footing. In this backdrop, simulation-based training is seen as a viable tool to significantly increase the safety of rotary wing aviation all around the world. Moreover, especially in the civil segment, helicopters are expensive to purchase, operate and maintain.

Presently India is poised in big way for a major growth in the helicopter industry both in the military and civil domains – in fact, the military by itself is looking at inducting over a 1000 plus helicopters of all types and sizes.

The civil sector in India, on the other hand, is currently experiencing negative growth due to various factors, mainly related to high cost of operations and unfriendly rules and regulations related to helicopter operations. However, this is expected to change in the next few years due to the recent regional connectivity scheme launched by the Government for the remote areas – in this scheme the helicopters will play a significant role in the last mile connectivity due to their unique characteristics.

More importantly, the new machines being manufactured and in operation today both in the civil and military, use advanced technology configured with integrated avionics, mission computer systems, sophisticated weapon systems and are expensive. Hence, the complexity of the helicopters being inducted will necessarily involve intense training for effective utilization of the capability of these machines.

Along with the initial cost of purchasing the helicopter, the cost per hour of operation will also increase, thereby increasing costs of training. Further, practicing some of the more critical emergencies on the actual helicopter is fraught with risks and sometimes just not possible without actually invoking the malfunction. This brings into sharp focus the importance of simulators for helicopter training.

Simulator training has been extensively used by commercial airlines for decades. However, helicopters due to their unique characteristics in areas like aerodynamics and vibration make high fidelity simulation a difficult task. Hence simulating rotary wing aircraft and designing a training program to meet training objectives is a major challenge, as helicopter simulators require a much more complex aerodynamic and terrain model than fixed-wing aircraft simulators.

It is only in the last decade or so that simulation technology has advanced to a stage where a helicopter and its flight, including malfunctions, can be represented with the requisite levels of fidelity. As the use of simulators for flight training increased, it began to be recognised that not only do flight simulators permit training in exercises that cannot always be done on the actual helicopter and reduce costs of training, but also permit training in a more effective manner.

The safety and effectiveness of helicopter operations can be greatly improved by providing pilots with regular training within difficult conditions and scenarios, which would otherwise be too difficult or dangerous to replicate in live training exercises. Developing and utilisation of high fidelity simulator systems is required to duplicate real-world environments that are necessary to help pilots prepare for their operational flying. 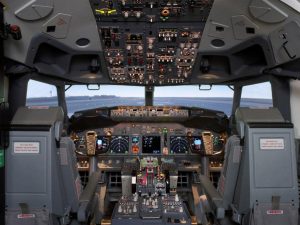 At present, there is no common military standard for simulators of various levels. However, in the civil aviation the Joint Aviation Authority (JAA) of Europe and Federal Aviation Administrator (FAA) of USA have well-developed standards and accordingly, the Simulators/FSTD are classified into the following categories:-

The military aviation fraternity normally refers to the above standards for defining the specifications. However, the emphasis is on suitability of the device for training for various tasks and missions. In addition to the specifications of a particular level of FSTD, several additional training tools such as computer generated and programmable battlefield environment and weapon delivery systems are also added. Such a simulator then becomes a Full Mission Simulator ( FMS). An FMS is usually of Level D standard, the highest level in the field of simulators. 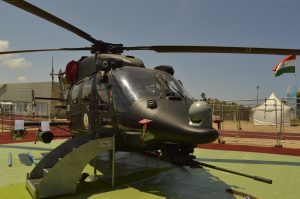 Simulation capability offers unprecedented realism for helicopter-specific mission training and improves safety of operations by enhancing pilot proficiency and eliminating risks of training in aircraft. The simulation environment enables risk-free exposure to events not possible for training on actual helicopters including critical emergencies like Tail Rotor and engine failures.

Helicopters often flying in marginal weather conditions have resulted in a spate of accidents due to lack of training in flying under such conditions – however, IMC flying can be very realistically practiced in a simulator. Aspects such as recovery from unusual attitudes, potential controlled flight into terrain (CFIT) conditions and use of available navigational aids for instrument approach procedures can be practiced simulators till proficiency is maintained.

In addition to contributing to mission accomplishment, simulator training plays a major role in enhancing flight safety for both military and civil operators by improving crew proficiency in handling emergencies, adverse weather conditions and efficient cockpit resource management (CRM). Training imparted regularly on simulators for handling malfunctions keeps the pilot’s skills current and updated. Also, should an emergency occur on the helicopter, the pilot has a huge psychological advantage if he has handled it before, albeit on a simulator. The confidence derived from having been trained for handling such an emergency prevents panic, which is really half the battle won.

In the defence forces, concepts/doctrines of operations are regularly refined. Validation of these with respect to the role played by a helicopter in determining outcomes is not always possible in an actual military exercise. Networked simulators can play a very useful role in validation of such concepts/doctrines. 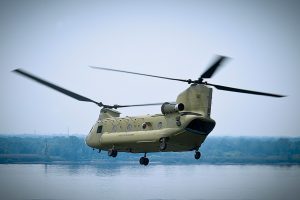 Besides training effectiveness, it is universally acknowledged that training carried out using simulators results in cost savings. In a detailed and well-researched paper by Bruce Angier and Earl Alluisi on ‘Simulators and Enhanced Training’, prepared for Defence Department in US, the authors came to a conclusion that more extensive and intensive use of simulators and training devices are cost-effective and accrue large financial savings.

The cost saving by usage of simulators results primary due to the following:-

(a)      Cost per hour. Training done on a level D- FFS for a highly advanced helicopter costs approximately 45-55 percent of the actual per hour cost of operating a helicopter, considering all fixed and variable costs.

(b)     Weapon Training. With munitions becoming prohibitively expensive, particularly for guided weapons. It’s near impossible to provide sufficient weapon firing practice to aircrew. In a Full Mission Simulator (FMS) aircrew can practice detection, acquisition and delivery of weapons in a highly realistic manner.

(c)      Training in Battlefield Scenarios.         Training in a FMS permits detection, acquisition and engagement of targets in a realistic environment, with appropriate battlefield entities also engaging the helicopter. In the real world, such training would require expensive mobilization of formations, which may not be possible at the frequency required for maintaining these skills and updating the same.

(d)     Saving Helicopter Hours. Training done on appropriate simulators reduces the actual training required on the helicopter. This results in increasing helicopter availability for operations, thereby saving precious flying hours. This not only has a direct cost saving benefit, but also a long-term saving in spares, man hours etc.

(e)      Time taken for Training.  Simulator training is unaffected by usual factors such as weather, day/night, range availability, air traffic constraints etc. Thus, training can be completed in a time-bound manner, reducing the time a trainee pilot has to stay away from his unit and operations. It is difficult to accurately estimate the cost-saving benefit of bringing a new pilot to operational status, but it definitely does make a difference as units would have fewer non operational pilots on their strength at a given time. 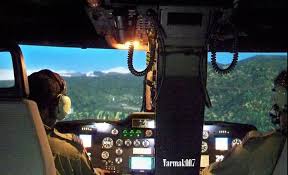 Given the anticipated growth of the helicopter industry in India and the need to support the new helicopter inductions with state of the art training, there is an urgent need for the establishment of state of the art simulator facilities in India. The few simulators available with the armed forces are basic and rudimentary and do not subscribe to the modern helicopters.

A modest beginning has been made with the establishment of a modern state of art helicopter simulator facility at Bangalore – a joint venture between Hindustan Aeronautical Limited (HAL) and Canada based company the CAE, a world leader in high-end simulation solutions. This world-class facility for simulated helicopter training has been appropriately named HATSOFF-(Helicopter Academy to Train by Simulation of Flying).

The facility consists of a Full Motion Helicopter Simulator that features the revolutionary Roll On/Roll Off cockpit design, which enables cockpits representing various helicopter types to be used.  The facility became operational in June 2010 with due certification by DGCA as a level D simulator. Today, it carries out training of pilots on Bell-412, Dauphin and the civil version of the Dhruv helicopters. The cockpit for the military version of the Dhruv is presently under development. While the Bell-412 and Dauphin cockpits are being extensively utilised by the civil operators, the Dhruv cockpit is being used for training by the Army, Airforce, Coast Guard, Border Security Force and Pawan Hans Ltd. Once the military version of the Dhruv helicopter cockpit is ready it will also facilitate the training with respect to the weapon systems, thereby accruing large savings.

With advances in simulator technology to support needs of helicopter training, simulators have now become an indispensable tool for training.  Increasing costs of training and complexity of helicopters have made it necessary for both civil and military helicopter industry to look to simulators for effective training.

Simulators are not only a very effective training tool for emergency handling, instrument flying and mission accomplishment, but are also cost-effective. Simulators are also ideal tools for training which requires cognitive skills to be maintained. With high fidelity simulators for across the board training from basic to mission training, state of art simulator facilities are the need of the hour.