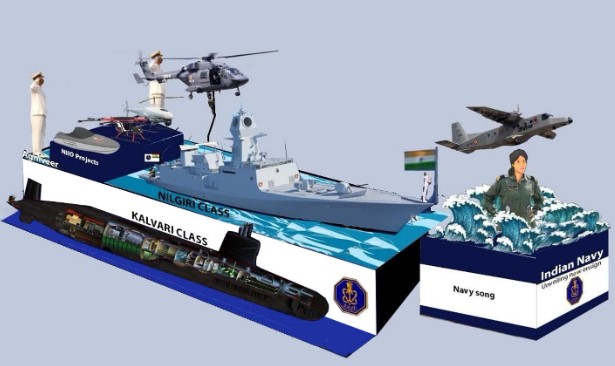 Indian Navy’s Republic Day parade marching contingent of 144 sailors will be led by Lt Commander Disha Amrith, an observer with the Navy’s Dornier 228 maritime patrol aircraft, at the Kartavya Path on 26 January. The contingent will also include three women and five men undergoing training as ‘Agniveers’, while another woman officer Sub-Lt Valli Meena S, will be one of three platoon commanders, informed Indian Navy in a press conference held on Friday in the capital.

There are around 30 women officers deployed on front-line warships, with the Navy inducting them as aircraft and helicopter pilots and air operations officers.  Addressing the media, the woman officer Lt. Cdr Amrith said it was a proud moment for her to lead the naval contingent and that it was her dream to do so since she was a National Corps Cadet (NCC). 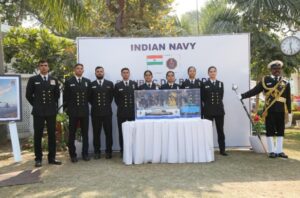 The theme of the naval tableau would be “Indian Navy – Combat Ready, Credible, Cohesive and Future Proof”. The forward part of the tableau will showcase a woman aircrew of Dornier aircraft (flying overhead), highlighting the all-women crew of a surveillance sortie undertaken last year.

The main section of the tableau will illustrate the ‘Make in India’ initiatives of the Navy, and the model of the new indigenous Nilgiri class ship with a Dhruv helicopter deploying marine commandos will take centre stage. On the sides of the main section, cut-out models of indigenous Kalvari Class submarines will be depicted. In the rear section of the tableau, three models of autonomous unmanned systems being developed indigenously under the IDEX-Sprint Challenge will be displayed.