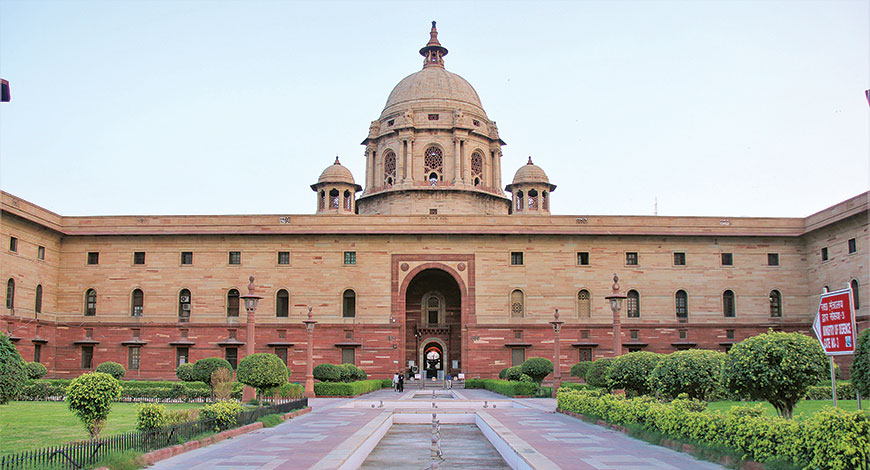 Big Time Changes in the Production Policy Can Wait

During the current government’s tenure, we have witnessed extensive efforts at streamlining defence procurement procedures. DPP 2016 has been flowed by the Strategic Partnership chapter. We have also got a new Make Procedure. Further, a draft Defence Production Policy has also been worked out. However, the deliverables at the production lines have been elusive. The author analyses the problems and opines in favour of ordering a few big ticket contracts for the process of change to transform into actual production of much needed high value equipment.

Big Time Changes in the Production Policy Can Wait

The Ministry of Defence (MoD) has been making frenetic efforts since the beginning of this year to stimulate defence production but its unlikely that these efforts will start showing results anytime soon. If the intention is to lay the ground for a long term solution to the problem besetting defence production, the timing is certainly odd, given that the government is virtually in the last year of its five-year term.

The year started with the Defence Acquisition Council (DAC) deciding in the month of January to let the Indian industry, including the start-ups, make suo-motu proposals for development of equipment for the armed forces and making it obligatory for the latter to entertain such proposals. Three months after the decision was taken by the DAC, formal amendment is yet to be made to the Defence Procurement Procedure 2016. There is no telling how this decision will pan out and, more importantly, whether it is financially sustainable.

Later in the month of January, a leading advisory firm was engaged to flesh out the Strategic Partnership (SP) scheme for production of aircraft, helicopters, submarines and armoured vehicles in India. Under this model, the Indian industry would be required to manufacture the platforms in India with technology-transfer by the foreign vendors selected by the MoD. Considering that the red flags about implementation of the scheme were raised when the scheme was introduced in 2017, the belated effort to smoothen out the rough edges in the scheme is inexplicable. 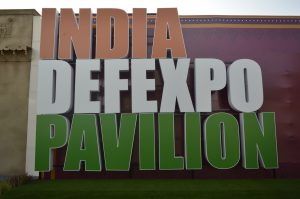 The latest to make the headlines this month is the recently concluded DefExpo 2018 held near Chennai from 11th to 14th April to project India as a defence manufacturing hub and showcase its export potential, notwithstanding the fact that it is currently the largest importer of arms and the total value of its defence exports stood at Rs 2,059 crore in 2015-16. Not to mention the paucity of funds, highlighted by the Standing Committee on Defence for the nth time which has a far more debilitating impact on defence production than any other factor.

The timing of these initiatives is odd because none of these is likely to produce any immediate results. If, however, the intention is to lay the foundation for a long haul, the right time to take these steps was when in 2014 ‘Make in India’ became the new mantra for promoting industrial manufacturing in India.

In these circumstances, the promptitude with which MoD has come up with the draft Defence Production Policy 2018 is surprising. The draft is full of promises that will require a long time to fulfil. It is difficult to understand this urgency as there is no evidence that the existing production policy constrains the MoD from doing whatever it takes to stimulate manufacturing of defence products by the Indian companies.

Despite whatever flaws there may be in the existing production policy and the procurement procedure, many opportunities have arisen in the past one decade to rejuvenate the India industry but a number of these opportunities have been allowed to slip away. Here are some random examples of the projects which could have helped India make significant strides in defence manufacturing by now, had some of them actually taken off: 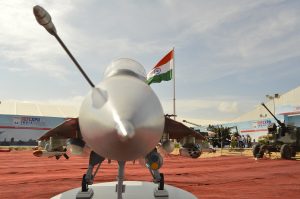 The only thing that can rejuvenate the defence industry is award of a few contracts to the Indian companies for manufacturing of major platforms but there the ministry has tied itself down into knots by adopting the SP scheme. The fact that an advisory firm has now been engaged to work out the modalities of implementing this scheme is a pointer to its being adopted in 2017 without thinking it through and tying up all its loose ends.

The biggest challenge in the SP model is the selection of the Indian companies which could participate in the tender. This process is yet to begin. Meanwhile, by tying up with the Indian companies on their own, some foreign manufacturers have pre-empted the need for MoD to select the potential strategic partners. This could pose a challenge even in the context of the RFI for fighter aircraft issued earlier this month.

But this challenge can be met easily by permitting the foreign vendors to choose the Indian companies of their choice, as was done in the Avro-replacement programme, rather than the MoD taking upon itself the responsibility of down selecting the Indian companies as potential strategic partners. It requires flexibility in thinking more than change in policy and procedure or setting up of industrial corridors.

Considering that the time is running out, it might be more gratifying if the MoD were to concentrate on the projects which are hovering near the finishing line and award just a couple of big ticket contracts before the curtain falls in 2019. That the existing policies and procedures do not pose any insurmountable problem may come as a pleasant surprise for MoD, provided it is prepared to take pragmatic decisions, including on the question of finances. The move to bring about macro level changes in policies and procedures, however desirable, can wait.