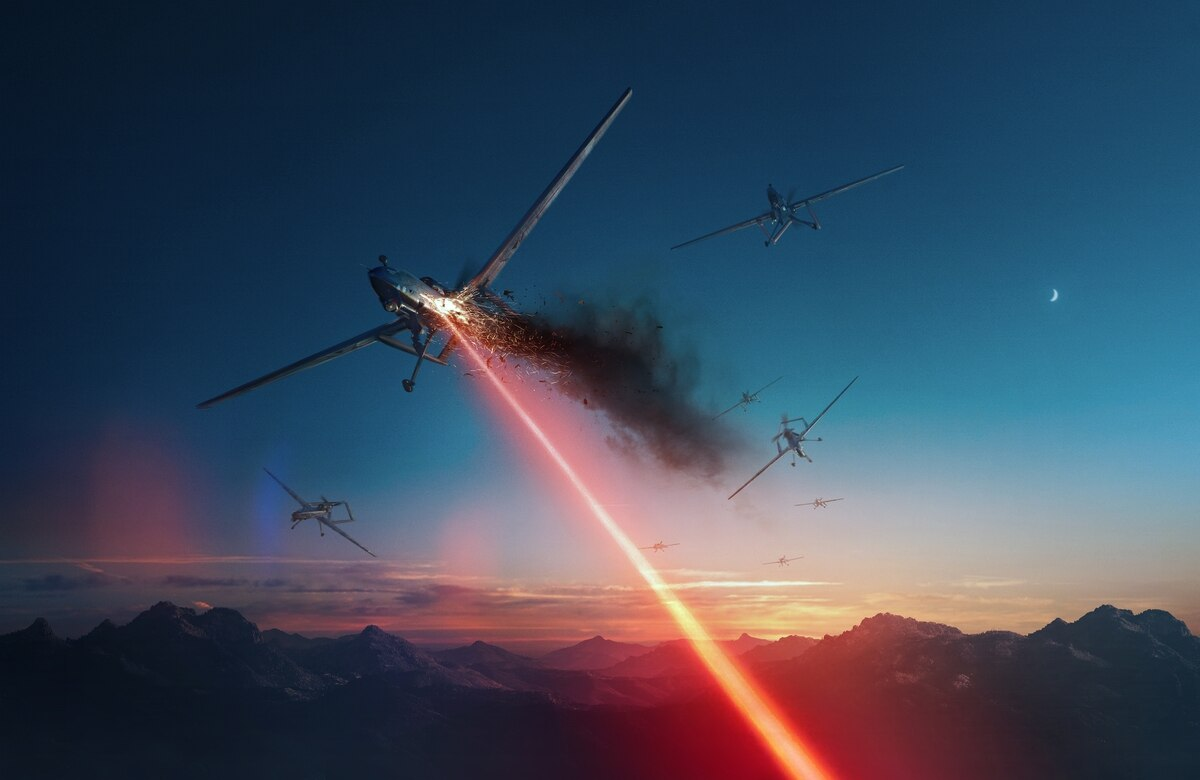 ‘Dew’ Finally Accorded Its Due as Battlefield Resource

“Dew drops gather as the night sky fades, running as morning comes.
Dreams escape with the rising of the sun. Hope is cautious to return.
Heat grazes the seeds of a sunflower and thorns of a rose;
Petals begging for a gust of wind.
Leaves fall and lose their might,
But rest among the brush – eternal slumber.
Earth never seemed so far away.”

Extract from a poem by BryseBishoff

Dew, nature’s bounty that has enamoured poets and philosophers for centuries and who harbour in its glistening glory to meaningfully derive life’s message has now been reduced to a mere spectre of its original. Only, the attribution of the word takes different connotation when applied to different domains. To the chagrin of the amorist, Dew is being unfortunately flagged to have a reverberating connotation that military professionals all too well understand.

Directed Energy Weapons (DEW) is not the codicil to describe the isochronous drops that accompany it, but the cusp of development and destruction that accompanies DEW in the context of military applications.

Abound for many years as a technology demonstrator, there is sufficient evidence to prove that the weapon has moved beyond the concept stage and promises to provide governments with the leverage over their adversaries.

By definition, DEW, it can be inferred, “is a concentrated beam of minuscule mass of Electromagnetic (EM) energy/atomic/subatomic particles, other than sonic/ultrasonic sources used as a direct means to either incapacitate, maim or kill people, or to incapacitate, degrade, damage or destroy objects.”DEW is attractive for its speed of light engagement, deep shot magazine, ‘stealth-like’ performance, precision targeting and low cost per shot.

DEW could manifest in the form of Lasers, EM Waves and Particle Beams; Where Lasers have the capability of downing planes and missiles and the bright light emanating to dazzle and disorient people; EM Waves including Millimeter Wave (mmW) and Microwaves can be directed against both humans and hardware targets as Electro Magnetic Pulse (EMP) and finally, Particle Beams to damage a target’s molecular or atomic structure itself. The scope offers myriad application avenues. 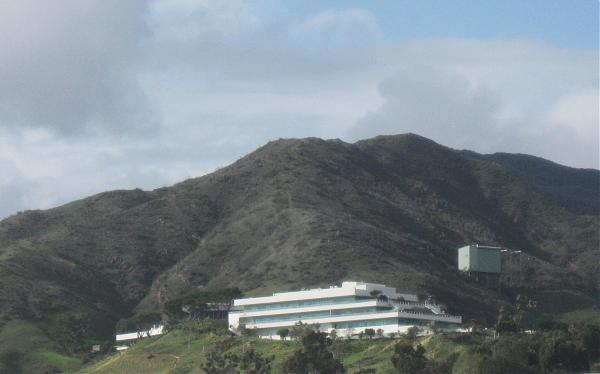 Application of Lasers was first demonstrated in 1960 at Hughes Research Laboratories and has since witnessed application in industrial, medical, scientific and military fields. In the military, Lasers have been proliferating with Optronic devices for application in range finding, target designation, target acquisition and tracking and precision-guided munitions. In the last decade or so, development of DEW by use of Lasers, High-powered MW and High Energy Particle Beams, referred to as Particle Beam Weapons (PBW), laser-induced plasma channel (LIPC) weapons, generating precise streams of desired electromagnetic energy directed over long distances to disable or destroy intended targets, has seen a fillip.

The current attractiveness of the weapon stems from the renewed prescription of intrigues that had in the past subdued its rampant development. The aspect of power sources, beam control concepts and pointing and tracking techniques, have all been addressed to provide a weapon that uses lethal energy from a high-power Laser/high-power microwaves/high-energy particle beam to the target for either causing neutralization of onboard electro-optic sensors or structural damage to the target itself.

Kinetic Energy Weapons (KEW), like DEW, are known to have similar effects on their targets, though they travel at sub-sonic or super-sonic speeds through the atmosphere, whereas, DEW travels at the speed of light! As a concept, therefore, militarily, DEW is an extension of KEW, whereby large amounts of stored energy is delivered from weapon to target to produce incendiary or structural damage effects. One transfers High Energy Propellant/explosives and the other- radiation and particle beam, but that alone does not qualify to make a weapon a DEW. Three important constituents of a DEW that differentiate it from other weapons are the high-energy sources influencing operational range; target-tracking and beam-pointing technology determining the probability of hitting target and interaction of high-energy beams with matter determining lethality. Therein lies the appeal of these weapons.

DEW can be classified based on their source of energy. It is also been tipped as a repartee to the Hypersonic Weapons, the reason why the Pentagon has ascribed the highest classification to its development. DEW can take the following forms:

Where are the World Powers on this Development?

The appeal for these weapons stems from their Non-Lethal use. Russia, the US, the UK, Israel, China, Japan, South Korea, the UAE and even India will increase their demand for these weapons, owing to the onset of hybrid nature of warfare. Further, enhanced attack capabilities such as accuracy and undetectable characteristics become the key drivers for the market. Countries have earmarked revenue for the development of both High Powered Microwave (HPM) and High Powered Laser (HPL) weapon development programmes.

As per The DefenceMinistry’s 2013 Technology Perspective and Capability Roadmap document, two DRDO laboratories, Centre for High Energy Systems and Sciences (CHESS) and Laser Science & Technology Centre (LASTEC) are currently working on developing the source for generating the laser, regarded as the heart of the system and presently being imported from Germany. The other crucial aspect being worked on is the cooling mechanism. Information on Microwave weapon development is scant in the open sources. 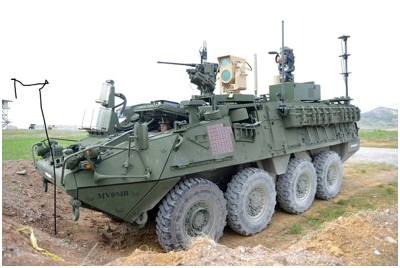 The 1980s Strategic Defence Initiative (SDI) by the then US President, Ronald Reagan is historic after the programme was nicknamed ‘Stars Wars.’ Targeted at ICBMs and space-based applications, the programme now is more within the realm of application in earth-based utility. At a media briefing in Pentagon in June 2019, the Project Director of Hypersonics, Directed Energy, Space and rapid acquisition, stated that “the office will deliver a battery of combat-capable long-range hypersonic weapons to soldiers by 2023, and will field a battery of Stryker combat vehicles with 50-kilowatt lasers by late 2022.”

The ongoing flirtation with DEW post the shelving of the Stars Wars programme, was when Northrop Grumman with Israelis developed the Tactical High Energy Laser weapons (THEL), shelved and migrated to Mobile THEL (MTHEL) to again shift its focus from bulky and logistics-intensive chemical lasers to solid-state lasers which could be powered by electricity-producing diesel generators. Raytheon developed the Active Denial System (ADS) that projects a focused millimetre wave energy beam inducing a painful heating sensation on an adversary’s skin with the intent of repelling individuals without injury. HPM systems as Counter IED have been developed mounted on the wheeled vehicle to operate in Afghanistan. Some of the other mounts include the High Mobility Trucks, Attack Helicopters, UAVs and next-generation combat vehicles.

History aside, currently, Russia is reportedly developing DEW mounted on vehicles, ships, and aircraft, capable of destroying guidance and navigation systems in manned and unmanned aircraft and precision-guided missiles, disrupting Global Positioning System (GPS) navigation signals and destroying radio communications equipment and satellites. Russia currently is known to have laser systems for aircraft and helicopter defence to mount Lasers with greater attack capabilities on their sixth-generation aircraft, likely to be operational by late 2030s. The development is targeted towards networked systems and precision weapons of the US.

China, in a book,  ‘Light War or Light Warfare,’ published in 2015 by PLA emphasized the concept of “Informatization,” suggesting the next generation warfare to be characterized by ‘Big Data’ and reliance on AI, with DEW at its core. Emphasis is placed on autonomous space-based Laser weapons in keeping with its evolving space program and airborne Lasers. A 30 KW Low-Altitude Laser Defending System (LASS) with a claimed range of 4 km has been developed. It is reported that China used ground-based lasers to dazzle/ blind U.S. surveillance satellites. Since 2017, news of successfully testing Laser-based Air Defence weapons, designed to defeat UASand HPM developed as ship-borne ‘anti-missile system’ have appeared intermittently. This potentially threatens the US Long Range Anti-Ship Missiles development programme and places China in the league for its use as an anti-Satellite Weapon (ASAT) and would contribute to China’s anti-access/area-denial (A2/AD) capabilities.

Israel basically started with Lasers for designation and range finders, until a collaboration with the US had it weaponise it for shooting down Katyusha rockets, artillery, and mortar shells.  The ‘Iron Dome’ programme for the protection of Israel against incoming missile attacks and on detection destroy the incoming attack by firing missiles, has been replaced by ‘Iron Beam’ program, designed against short-range rockets and other attacks. Ultimately, it is reported that Israel intends juxtaposing the Iron Beam with the Iron Dome for optimum results.

Countermeasures are often concurrent with thesis development of niche technologies when protection of strategic arsenal becomes paramount in the developmental quest. Likewise, DEW has attendant antidotes.

Whilst, DEW offers distinct advantages over KEW, there are basic constraints, such as beam attenuation, limited range, and inability to be employed against Non-Line-of-Sight targets. This will need to be addressed to make the weapon effective across the entire spectrum of conflict.

Use of DEW raises some ethical questions. Use of DEW has national security connotations and has the potential of altering International Relations. In a Discussion Paper, Article 36, on DEW for the Convention on Certain Conventional Weapons (CCW), at Geneva in November 2017, Protocol IV of CCW ‘Protocol on Blinding Lasers’ was quoted to state, “It is prohibited to employ laser weapons specifically designed, as their sole combat function or as one of their combat functions, to cause permanent blindness whether to naked eye or devices used for vision.” This entails illegality to the development of Lasers for weapon purposes.

The pinpoint accuracy, reduced collateral damage and lower-power Non-Lethal uses for HELs and HPMs reflects the promise these weapons hold. Ever since H.G. Wells published ‘War of the Worlds’ in 1898, DEW a recurring theme in science fiction literature and subsequently in the movies, is now very much part and parcel of our battlefield resource.