While the Chandrayaan missions have displayed to the whole world the heights that Indian Research and Development establishments can surpass, the DRDO has also notched a few successful benchmarks that we can be proud of. The author provides glimpses of such areas; especially the aerial platforms and their associated fields.

India’s dedicated efforts in scientific research and development have started maturing and giving excellent dividends. The ability to reach Mars in the very first attempt at the cheapest cost, the achievements of Chandrayaan I & II missions and the extremely precise anti-satellite missile test to successfully intercept and interdict a satellite in low earth orbit at around 300 km altitude are few paths breaking accomplishments achieved through totally indigenously developed technologies.

There are many other fields, especially in the aerospace segment, where scientific research and development has started maturing and helping the nation acquire capabilities possessed and closely guarded by only a handful of developed countries. The article highlights some of the significant advances made by the Defence Research & Development Organisation (DRDO) in the aerospace segment. 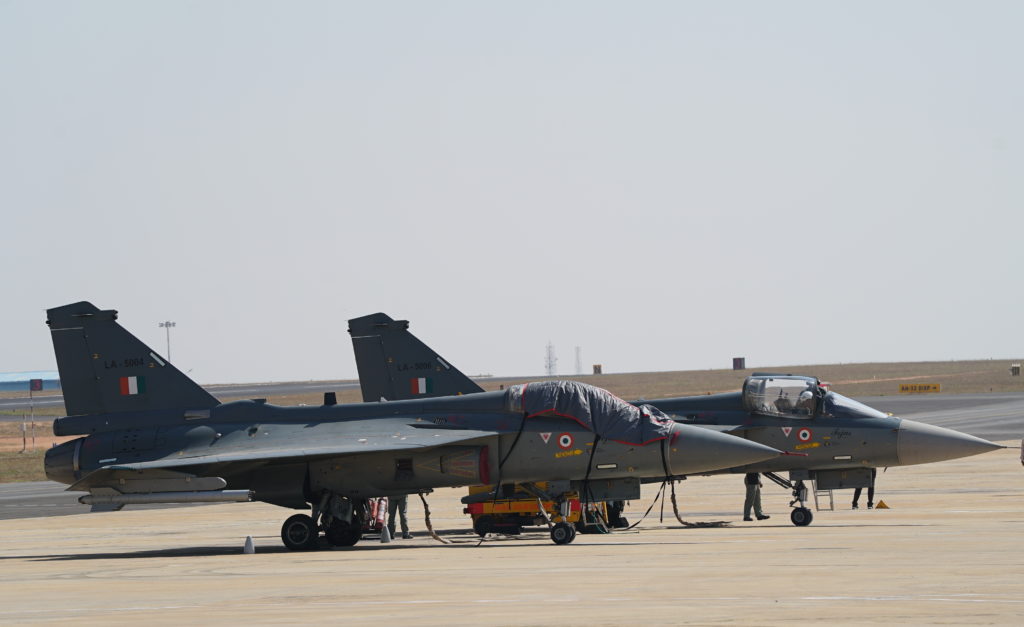 Most importantly, India today has a very robust flight-testing process to flight test modern prototype aircraft, certification methodology to certify 4th generation aircraft and test facilities to support design and qualification of all the earlier mentioned technologies. The very fact that Tejas has flown over 4,400 flight test sorties without any major incident highlights the robustness of our design and development process. These matured technologies will form the baseline in the development of all future aircraft and shorten their development period. In the process of developing and maturing these technologies, DRDO has also carried along the Indian industry to reach a level of manufacturing that adheres to the very stringent quality assurance requirements so essential for aviation equipment.

Indian Air Force (IAF) is the best judge of Tejas aircraft as a large number of IAF test pilots and flight test engineers including Air Marshal RKS Bhadauria, new Chief of the Air Staff, Air Marshal R Nambiar, Air Officer Commanding-in-Chief of Western Air Command, and many other senior IAF officers have been closely associated in the evolution, development, testing and certification of the Tejas aircraft while being posted in National Flight Test Centre (NFTC) over a couple of decades. Tejas programme is a testimony of synergy between air warriors of IAF, DRDO scientists and engineers of manufacturing agencies.

The association of IAF test pilots and flight test engineers has not only enriched the design of the Tejas but also provided immensely crucial operational inputs to the DRDO scientists and engineers of manufacturing agencies. After a sortie in Tejas, Air Chief Marshal BS Dhanoa, Chief of the Air Staff, was very happy with its performance. The Tejas programme is reviewed regularly by IAF at various levels. Based on the assessment of the performance and capabilities of Tejas aircraft and the ongoing pace of the Tejas programme, IAF has decided to induct 83 Tejas Mk 1A and six squadrons of Tejas Mk II over and above the 40 Tejas Mk 1 in the initial and final operational configurations already in the process of being inducted.

There have been delays in the production of Tejas aircraft in the past due to capacity constraints, which is now being overcome by private sector companies partnering with HAL to accelerate the production through joint capacity enhancement. IAF formed the first Tejas squadron on 01 July 2016. The squadron has 16 fighters and has flown over 2,500 sorties. Tejas has demonstrated excellent accuracies for air-to-ground bombs and laser-guided bombs and it has successfully launched both close combat and beyond visual range air-to-air missiles. In fact, Tejas demonstrated its swing-role capability in Exercise ‘Vayu Shakti’ by firing a laser-guided bomb in the air-to-ground role followed by firing a close combat air-to-air missile in the same mission. 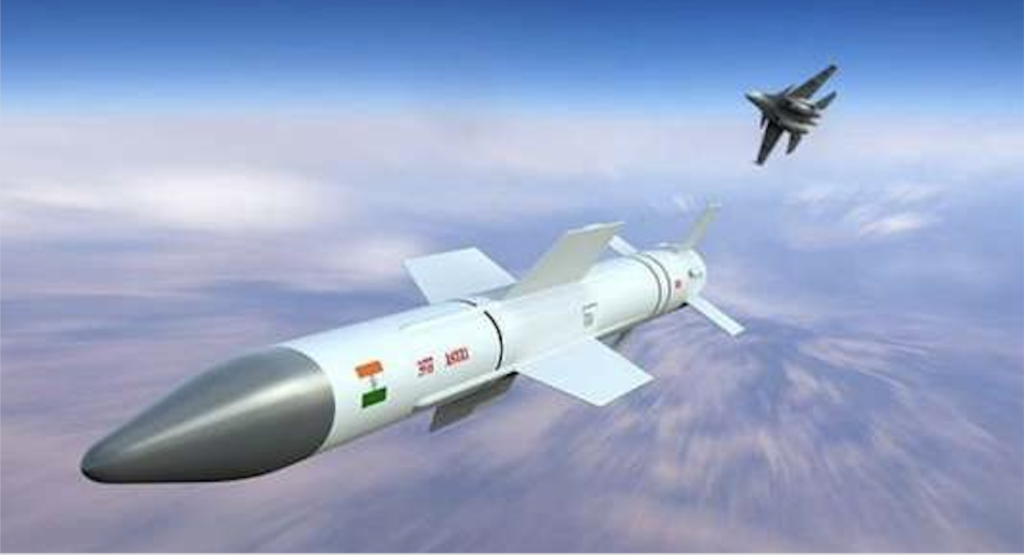 DRDO has successfully developed ‘Astra’, India’s first indigenous beyond visual range air-to-air missile and India now joins a group of very few nations that manufacture weapon of this capability and performance. Astra missile carries 15 kg high explosive pre-fragmented warhead that is activated by a radio frequency proximity fuse. Astra missile initially uses ‘inertial mid-course guidance’ through a secure data-link from the mother aircraft followed by ‘active radar homing’ by its seeker for terminal guidance. IAF has recently completed the user trials of Astra missile wherein its kill range has been successfully validated up to a distance of 86 Km against target drones. The closure speed between a head-on attacking aircraft and the target aircraft will be many times higher, which in turn will enable the Astra to be easily launched on hostile fighter aircraft beyond a range of 100 km in head-on engagements.

Enemy airfields need to be put out of action to help create a favourable air situation for the successful conduct of both air and land operations. An enemy airfield is not just a target but a target system housing numerous vital targets to be attacked and destroyed simultaneously to put it out of action. A large number of targets on an airfield require a larger number of weapons and an equally larger number of aircraft to launch them. DRDO has successfully developed Smart Anti-Airfield Weapon (SAAW), which is a 120 Kg smart, deep-penetration and high explosive glide bomb designed to target runways, aircraft shelters and reinforced structures on an airfield from a large stand-off distance of up to 100 km with great precision.

The lightweight SAAW can be carried in more numbers by each strike aircraft to simultaneously attack and destroy many targets on the enemy airfields with minimal air effort and thereby greatly reduce the risks to striking aircraft during attacks against heavily defended enemy airfields. SAAW has been integrated and fired from Jaguar and Su-30MKI aircraft and would be integrated on other fighters.

In addition to these cutting-edge technologies, DRDO is in an advanced stage of development and evaluation of Active Electronically Scanned Array (AESA) radar for fighter aircraft and advanced electronic warfare equipment to enhance the survivability of our aircraft and helicopters. DRDO is also engaged in developing 5th generation aircraft technologies for use in Advanced Medium Combat Aircraft (AMCA), the Indian 5th generation fighter aircraft. In the next two decades, India will be proud to have some of the most modern and capable indigenously developed fighter aircraft with the majority of their onboard systems and weapons indigenously designed and developed.