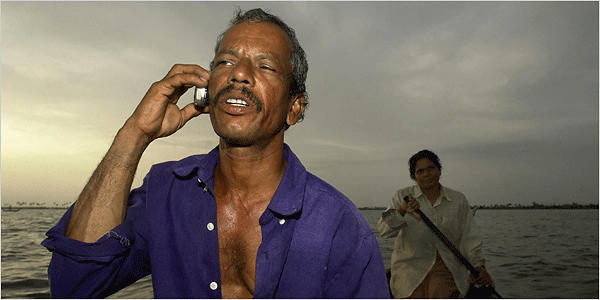 The Waning Maoist Insurgency: Transforming from Bullets to Bultoo

Is the insurgency in Chhattisgarh and adjoining states at a tipping point?  In the last four years, the movement has suffered many setbacks at the hands of the state and central police forces resulting in the deaths of key leaders. Others have passed away due to age and illness, notably Ramanna who headed the Dandakaranya zone.

With the movement at a low ebb, there is a growing sense that the time for peace may have come. Shubhranshu Choudhary who runs the well-known NGO CGNet in Raipur believes that a small window exists for achieving peace. “This window could last five years or less and we, meaning government and civil society, must work together to achieve that.”

The alternative, he warns could be a revival of the insurgency with further bloodletting.  “The Maoist leaders are getting old, increased power is devolving to a younger generation of military commanders who may lack the same ideological commitment and integrity.  In the quest for dominance they could turn on each other, splitting and dividing the movement,” he argues.

It is a view shared at various levels of the government in Chhattisgarh including the police and intelligence agencies.  The prospect of a divided Maoist movement could be seen as a positive development, but barring the Mizoram Accord, insurgencies in the Northeast have gone on and on because there are too many leaders heading too many armed factions.

In that sense, Choudhary says, the Maoists in Chhattisgarh still remain united. Also, after so many years of armed conflict which has achieved so little, the Maoist leadership may be inclined to strike a peace deal.

There could even be pressure from below, from the Adivasis who have also realised that the path with the gun has not brought resolution of their grievances.  The Adivasis want full implementation of the Scheduled Tribes & Other Forest Dwellers (Recognition of Forest Rights) Act including the Habitat Rights provision which applies to particularly vulnerable tribal groups such as the Adivasis of Abujmarh, home to indigenous tribes of India.

Habitat Rights is important as it recognises and preserves the rights of primitive tribal groups and pre-agricultural communities living in reserved and protected forests.  The rules for this provision have not been framed despite the legislation being 13 years old.  It is presumed that contractors, businessmen and industrialists who exploit the forests for their own gain, have colluded with politicians cutting across party lines to block tribal rights.  The same legislation provides for ‘in situ’ rehabilitation of displaced tribals.

This is where the central government could help. Choudhary recalls meeting Prime Minister Narendra Modi in Delhi some years ago where he showed interest in the “bultoo” broadcast of CGNet(https://timesofindia.indiatimes.com/india/PM-sees-in-Chhattisgarhs-Radio-Bultoo-an-example-worth-emulating-for farmers/articleshow/50702160.cms).  Bultoo is the local corruption of Bluetooth, and it is the only communication the Adivasis in the Abujmarh forest have with the rest of the world.

Bultoo, therefore, serves an important function. Enterprising Adivasis who have been able to invest in a mobile phone (nothing fancy), use bultoo to record their stories in their language Gondi; stories of their villages including their grievances.  They then move to the “Yellow” area bordering the forest where there are limited phone and internet, load their stories which are then sent through the CGnet for broadcast.  The phones are recharged, movies etc., downloaded and it’s back to the forest.

Bultoo, it is argued, could serve as a vital communication tool to get the Adivasis and government on the same platform.  Currently, the bultoo broadcast is limited to a small area since the CGnet has only limited resources to work from.  But if the government steps in, it could broaden the network and become a two-way channel to get the Maoists on the peace wagon.

As has been mentioned earlier that the Adivasis don’t want much, just the implementation of the forest rights act.  They would also like the implementation of the 5th Schedule of the Constitution, which provides for tribal advisory councils and the provisions of the Panchayat Extension to Scheduled Areas Act 1996.  They want their language and culture to be protected so that it can grow, which is also recognised by the Constitution.

So peace is possible but as mentioned earlier, the window is small and there is a need to act quickly. This is the last Maoist insurgency in the world (the left-wing insurgency led by FARC in Colombia ended a few years ago).  The time for closure is at hand.