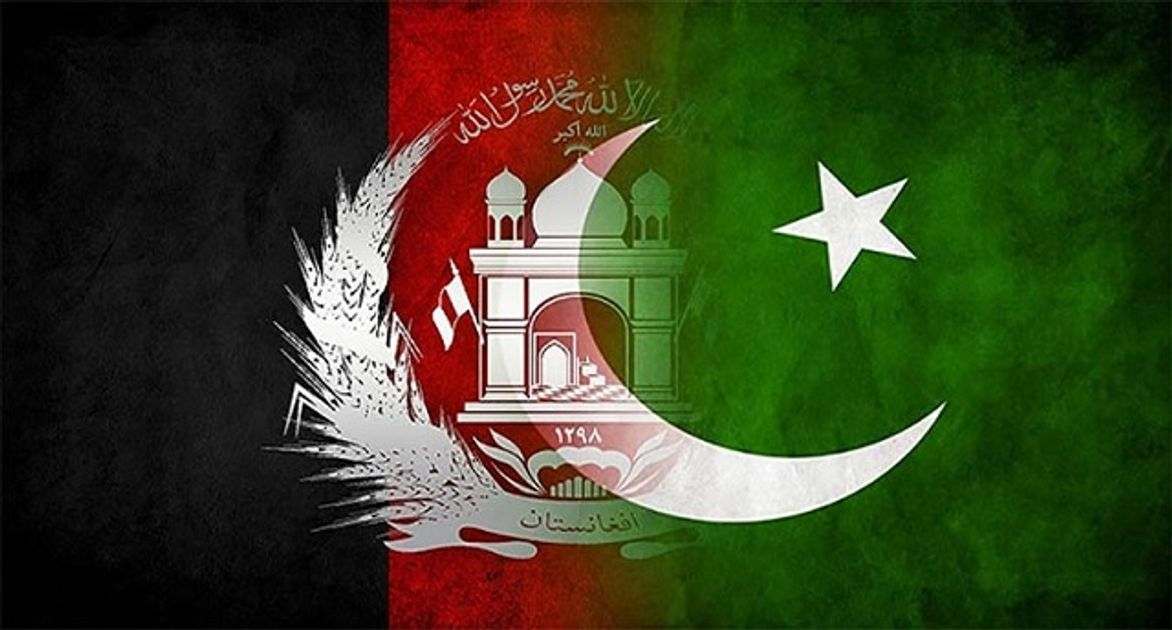 Why Is Pakistan So Concerned About Afghanistan?

In an interview with Tolo News of Afghanistan last week, Pakistani Foreign Minister SM Qureshi stated, ‘if you try and create this impression that violence is high (in Afghanistan) because of the Taliban…again, that would be an exaggeration. Why do I say that? Aren’t there other elements over there who are playing the role of a spoiler?’ He accused other groups including ISIS of the violence. In addition, Qureshi blamed India for having a larger presence than required in the country and carrying out terrorist activities.

Pakistani politician Afrasiab Khattak tweeted on Qureshi’s statement and questioned if the Taliban truly needs another foreign minister as they already have Qureshi. Qureshi was possibly playing to his domestic audiences, ignoring the fact that the global view is vastly different. Hamdullah Mohib, the Afghan NSA stated, “Qureshi is either ignorant, uninformed or an accomplice”.

Within Pakistan, there is a fear of civil war post-US withdrawal from Afghanistan. During a debate in the Senate on 25 May, Qureshi said, “what we were fearing, and we still fear and are concerned that a vacuum created in Afghanistan can drag or suck the country back into the decade of 1990s. There could be anarchy and God forbid a civil war”. For Pakistan, the US withdrawing from Afghanistan is not a sign of victory but possibly trouble. US airpower had partially subdued the Taliban. Their withdrawal would open doors for enhanced confrontation between the Afghan armed forces and the Taliban.

The Pakistan army has been attacked by terrorist groups from across the Afghan border. There are also reports of regrouping anti-Pakistan terrorists belonging to the Baluch freedom movement and Tehreek-e-Taliban, Pakistan (TTP). Credit for the attack on the hotel in Quetta in April, targeting the Chinese Ambassador, and killing five security personnel, was taken by the TTP. Pakistanis fear that if civil war breaks out in Afghanistan, the CPEC could become a major target. It cannot let this happen.

Similarly, the same day as Qureshi spoke in the Senate, a Corps Commanders Conference was held in Rawalpindi. Reports in Pakistan media stated that senior military commanders took “serious note of recent cross-border firing incidents emanating from Afghanistan and regrouping of terrorist leadership and outfits across the border”.

The collegium of corps commanders, as per a press release, requested Afghanistan to ensure its soil “will not be used against Pakistan”. In the same breadth they “reaffirmed Pakistan’s support for regional peace and stability”. The military hierarchy is aware that it’s now essential for Pakistan to secure its western flank before it spirals out of control.

On another front, the Afghan government and the Taliban do not appear willing to move forward with the talks and the differences between them remain as vast as ever. Currently, heavy fighting continues in multiple provinces. The Pakistan foreign office in a statement of early June also mentioned that Pakistan was worried about a security vacuum in Afghanistan after the US pullout as the already dim prospects of successful reconciliation between warring Afghan groups were growing dimmer with every passing day.

President Ashraf Ghani, in an article, titled ‘Afghanistan’s moment of risk and opportunity,’ stated that the US decision (to withdraw) has surprised “the Taliban and their patrons in Pakistan and has forced them to make a choice. Will they become credible stakeholders, or will they foster more chaos and violence? If the Taliban choose the latter path, the Afghan National Defence and Security Forces (ANDSF) will fight them. And if the Taliban still refuse to negotiate, they will be choosing the peace of the grave”. He thus hinted at a civil war engulfing the country weighing that Afghan forces will not back down before the Taliban.

Challenging Pakistan, Hamid Karzai, the ex-President of Afghanistan, stated in an interview to German website, Der Spiegel that Pakistan must realise that it cannot win by force as dominating Afghanistan from outside has never worked. The Afghan government is confident of keeping the Taliban at bay. This despite reports flowing of few Afghan army outposts and bases in some provinces being surrendered to the Taliban.

A report in The Dawn states, “50 per cent of the area of Afghanistan is currently under the control of the government, 30 per cent under Taliban control and the remaining 20 per cent is hotly contested between the two”. However, it is unlikely that the Taliban will find an easy road to Kabul.

Zalmay Khalilzad, the US special envoy for Afghanistan, stated in an interview to the German website, Der Spiegel, “if this peace effort doesn’t succeed, and if there is no agreement between Pakistan and Afghanistan, Pakistan will suffer. Pakistan will be blamed because so much of the Taliban’s leadership live in Pakistan”. The Pakistan NSA also commented on similar lines when he stated, “the US has assured us that Pakistan will not be made a scapegoat amidst the withdrawal from Afghanistan but only time will tell whether (they stay true to their word) as history suggests otherwise”.

Pakistan is equally concerned that China would add pressure as the East Turkestan Islamic Movement (ETIM), comprising of Uyghur militants, which targets China, would gain space and enhance its cadre in case, Afghanistan descends into turmoil. China also seeks to expand the China Pakistan Economic Corridor (CPEC) into Afghanistan. Hence, stability in Afghanistan, despite any group ruling the country, is essential for the country. The Chinese interests in the area are so vital that its Foreign Minister has even requested the UN to play a larger role in the matter. There were also reports that China was volunteering to deploy peacekeeping troops in Afghanistan, in case, the situation demands.

Moreover, that’s not all to it. To divert attention from itself, Pakistan seeks to push the blame on India for the ensuing violence. India has always backed calls for a ceasefire and talks involving all stakeholders. It, however, has never backed a Taliban ruled state, though it has opened channels of communication with the Taliban. The Indian Foreign Secretary, Harsh Shringla stated over that, “we have always called for a ceasefire, we have always advocated that there should be talks between the government and the Taliban and others that are involved in this process, involving all the neighbouring countries”. He added, “I think the levels of violence and the fact that despite talks going on in Qatar and other places, their (Taliban) relentless pursuit of power through violence has made it an uncertain environment in any sense”.

Currently, India should do nothing, except observing the situation as it unfolds. It supports the Ghani government as well as trains the Afghan army and police forces. There is no doubt that Indian assets, goodwill and close bonding with the Afghan educated elite have provided it with sufficient leverage, even if there is a regime change. Its relations with multiple warlords and militias are at a satisfactory level which any future head of state would be compelled to consider. Its re-opening doors to the Taliban reaffirms its role in the region. However, this has irked Pakistan to no end and as ex-President, Hamid Karzai stated, “Pakistan actually would like Afghanistan to break off relations with India”.

India is aware that as the US withdraws, with both sides maintaining strong unrelenting positions, a civil war is inevitable. If the Afghan army, with a nascent air force, can hold the Taliban for a reasonable amount of time, the world will push Pakistan to act and stop support to the Taliban, whose leadership it hosts and ensure peace in the country. It could add to Pakistan’s woes as the Taliban would not succumb to its pressures.

Furthermore, as long as violence rages, there would undoubtedly be a massive influx of refugees into cash strapped Pakistan, as also increased violence in its western provinces. The CPEC will also become a target. Pakistan’s clergy will begin protesting to pressurize the government to support the Taliban. In such a scenario, Pakistan would prefer a peaceful Eastern border with India. Hence, Kashmir will not be high on Pakistan’s agenda, except being occasionally raised for the satisfaction of domestic audiences or in international forums, where it has little value. The Jihadis that Pakistan reared in its backyard to ensure its strategic depth in Afghanistan are now its cause for worry and tensions. The US decision to withdraw has hurt Pakistan the most.