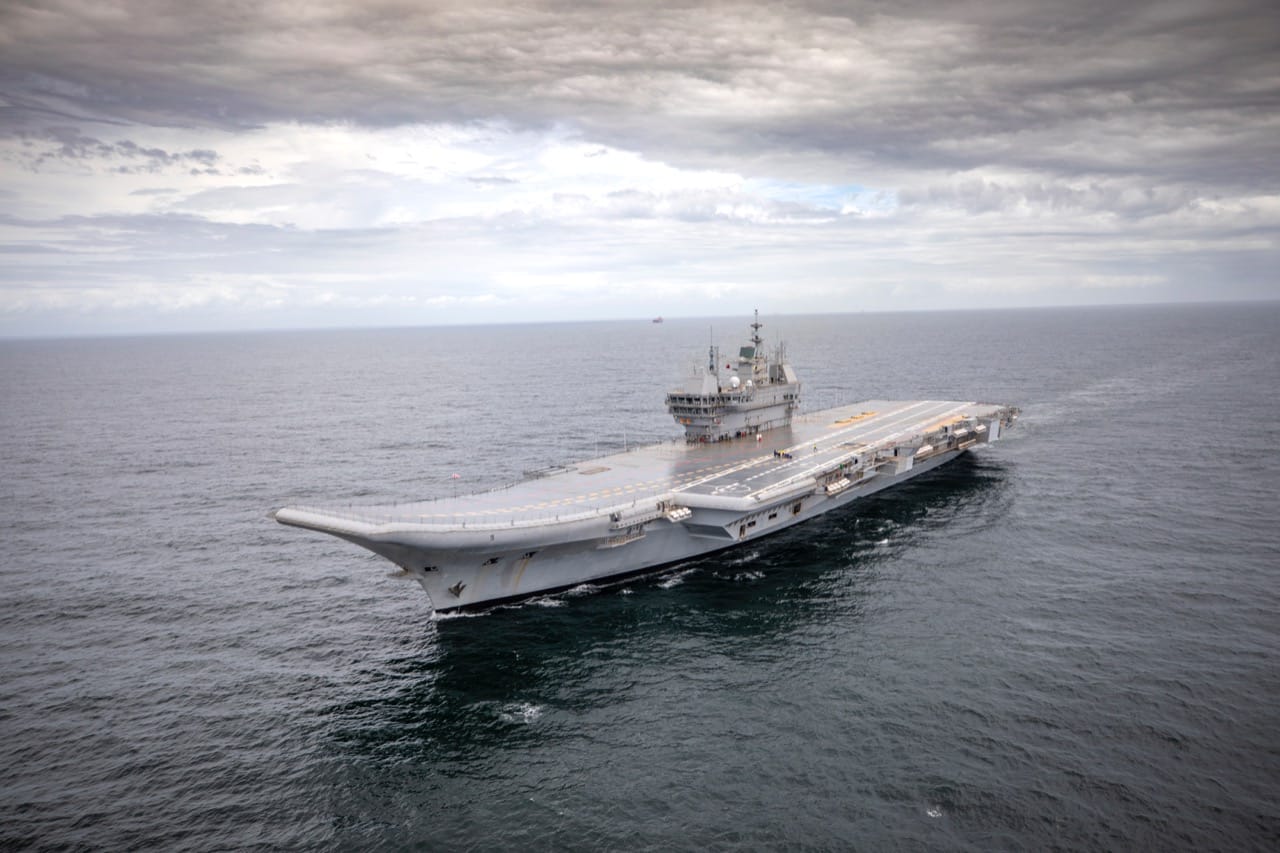 At the dawn of 15 August 1947, when India got its well-deserved independence from the British Crown, the Indian Navy prepared for its future as a blue water navy – a formidable, multidimensional force equipped with state-of-the-art technology and an armada that responds to the needs of the nation. Just ten years later, India acquired its first aircraft carrier (first in Asia).

Years passed, and the Indian Navy demonstrated its valour in multifaceted roles. Progressing swiftly with India’s mission toward Aatmanirbhar Bharat (Self-reliant India), the Indian Navy constructed its first indigenous aircraft carrier with a capacity to carry 36 fighter planes on its deck. As we welcome INS Vikrant (IAC-1) under the aegis of the Indian Navy, let us revisit the glorious years of the pioneer Indian Naval aircraft carrier.

An aircraft carrier is a warship that has a flight deck or a runway for take-off and landing for its military aircraft. Measuring well over 200 meters in length, the aircraft carrier is the largest vessel in the naval fleet. The main concern during a war was getting a secured runway, which involved time and tremendous logistical support. With a floating airfield, it’s easy for the plane to land on the sea instead of finding a land base. With its might in protecting the maritime frontiers, the aircraft carrier is a grand symbol of strength for fleets around the globe.

Aircraft carriers have become a valuable military asset as territorial disputes have increased internationally. These floating airbases are outfitted with a flight deck that can carry armament, deploy personnel, and operate aircraft. They provide command and control over the naval force during war and peace. With India’s strategic location within the Indian Ocean and the expanse of water surrounding it,  aircraft carriers are an essential requirement.

Post-independence, the Indian Armed Forces braced to protect us on all frontiers. Meanwhile, in England, the construction of an aircraft carrier was in progress. Christened as HMS Hercules, the aircraft carrier never served the Royal Navy. India acquired the aircraft carrier from Britain in 1957. It was rechristened as INS Vikrant (Vikrant meaning courageous) by the then Indian High Commissioner in the United Kingdom, Vijaya Lakshmi Pandit. The ship’s keel had been laid on 14 October 1943 in Newcastle, England. After the procurement decision, the hull was towed to Belfast at M/s Harland and Wolff Ltd, where the ship was completed and modernised. Captain Pritam Singh Mahindroo became its first Commanding Officer. The first Hawk landed on its deck on 18 May 1961, and the Alizes on 23 May 1961. The ship finally sailed for home waters on 4 August, 1961 and was received by the Prime Minister Pandit Jawaharlal Nehru. 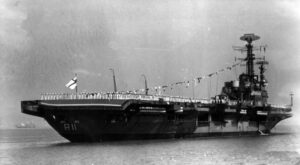 During her service of 36 years, INS Vikrant participated in several military operations. In 1961, INS Vikrant was deployed during the Liberation of Goa from the Portuguese – ‘Operation Vijay’. The Navy undertook a four-fold approach – establishing effective control over the seaward approaches to Mormugao Bay, Aguada, Daman and Diu, capturing the Anjadiv Island, neutralising enemy coastal batteries, and sinking or immobilising units of the Portuguese Navy in and around Goa. INS Vikrant was a part of the Carrier Task Group, including INS Delhi, INS Kuthar, INS Kirpan, INS Khukri, and INS Rajput. INS Vikrant did not participate in the action but patrolled along the coast to deter foreign interference.

In 1965, INS Vikrant was instructed to play a defensive role during the ‘Kutch Operations’. With the launch of ‘Operation Desert Hawk’ by the Pakistan Navy, INS Vikrant and other ships were deployed off the coast of Saurashtra. During this period, Indonesia apparently chose to side with the Pakistani side and made statements that the Andaman and Nicobar Islands were a natural extension of Indonesia. Vikrant was deployed to protect these islands and played a vital role in the country’s security.

She was active and crucial in establishing a naval blockade during the India-Pakistan War in 1971. She was sent to the Eastern Naval Command and was deployed with the Eastern fleet. The Eastern Fleet was strengthened to oppose the Pakistani marine forces stationed in East Bengal.

The Pakistani Navy deployed their Tench Class submarine, PNS Ghazi, to sink INS Vikrant. While PNS Ghazi sank off the coast of Vishakhapatnam, Vikrant was relocated to Chittagong when hostilities started to arise. On 4 December, the Sea Hawks on Vikrant attacked the maritime activities in Chittagong and Cox’s Bazar ports, sinking or crippling most of the Pakistani ships located there. Strikes continued to target Khulna and the Port of Mongla till 10 December 1971. Several Pakistani army facilities were destroyed as the Sea Hawks launched an attack on the cantonment area in Chittagong on 14 December. During this strike, the medium anti-aircraft fire was encountered. The Alizés continued their simultaneous attacks on Cox’s Bazar. 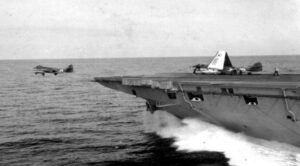 Being posted onboard, INS Vikrant has been an unforgettable experience for the naval personnel. The functioning of the aircraft carrier, especially being India’s first, was a matter of great pride. Landing an aircraft on a moving runway is the most crucial function on an aircraft carrier. The veterans lovingly refer to Vikrant as ‘mother’. She was indeed a mother to the other vessels – both in size, capacity, and functioning. As Cdr H S Rawat, the last Commanding Officer onboard INS Vikrant fondly said in an interview, ‘When the aircraft lands on the deck, it was almost like a child coming into its mother’s arms’.

” In a few hours from now, I will come to rest,

but in these thirty-six years, I think I did my best,

for my fleet and navy, I earned the great name,

that’s why they call me “Lady of Khulna fame.”

Now I am going I bid adieu,

And with all good wishes coming from you,

though I will be striking down the pennant from main,

I do hope Vikrant will be with you soon again.”

The ship was docked in Mumbai and was opened as a museum for the public till it finally met its fate and was sold to a scrapyard. A memorial dedicated to the aircraft carrier was erected in 2016 outside Lion Gate (Kalaghoda) Mumbai.

As they say, an old ship never dies; they reincarnate. In 2009, the Indian Navy began constructing the first indigenously built aircraft carrier – INS Vikrant (IAC – 1). The ship is the biggest vessel made in India. With a ski jump, the aircraft carrier was constructed indigenously at the Cochin Shipyard Limited. It is currently undergoing sea trials and will be commissioned into the Indian Navy on 2 September.