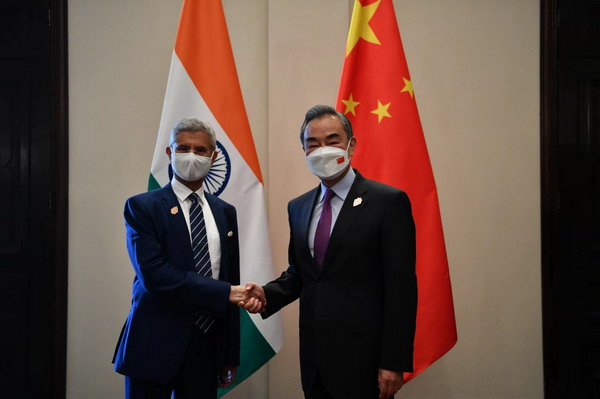 The Indian Foreign Minister, S Jaishankar met his Chinese counterpart, Wang Yi, on the sidelines of a G20 meeting in Bali, Indonesia, recently. Jaishankar tweeted, ‘focused on specific outstanding issues in our bilateral relationship pertaining to the border situation.’ Of course, as expected, there were other subjects also discussed. The MEA stated, ‘the External Affairs Minister called for an early resolution of all the outstanding issues along the LAC in Eastern Ladakh.’ This meeting, like others before, appears to have had no positive outcome.

The Global Times quoted the Chinese foreign office and informed, ‘As important neighbours, India and China are capable of and willing to safeguard the peace and stability of the Indo-China border together.’ It added, ‘the overall situation on the China-India border is stable and the two sides agreed to resolve issues related to its western section, in line with the consensus reached by the two countries leaders and the agreement they signed.’ ‘Consensus reached between leaders’ is a standard phrase, often parroted by China. While India seeks to resolve the LAC issue, China procrastinates.

Wang Yi, projecting the Chinese approach, has repeatedly stated that both sides ‘should put their border differences at a proper position in their bilateral relations and stick to the right direction of China-India ties.’ He has been insisting that resolving the LAC issue should not be allowed to affect bilateral relations. India has continuously harped that unless the LAC is restored to pre-April 2020 positions, relations will not be considered normal. Meanwhile, notwithstanding the difference in the stance adopted by the two countries, trade continues between them, albeit favouring China.

While addressing the Shangri-la Dialogue in June this year, Chinese Defence Minister General Wei Fenghe, accused India of the Ladakh standoff. He stated, ‘I personally experienced the start and end of the frictions (LAC) as Defence Minister. We have found a lot of weapons owned by the Indian side. They have also sent people to the Chinese side of the territory.’ India has, on the contrary, accused China of ingress. The world also accepts the Indian viewpoint.

Fenghe added, ‘We have had 15 rounds of talks at commanders level with the Indians and we are working together for peace in this area.’ No date has been agreed to for the 16th round (The date has since been decided). This has been the longest period when no talks have been held.

India is of the view that China is delaying, hoping to convert its present position as the LAC. Both nations have deployed over 50,000 troops each in Ladakh while enhancing infrastructure to counter the offensive designs of the other. While India has always maintained troops in Ladakh, China is compelled to build infrastructure to house its own, aware that India possesses the capabilities to launch an offensive to embarrass it. The myth of the PLA ended in Galwan.

India has also not been silent diplomatically. It has made its intentions clear. The unannounced visit of Wang Yi, the Chinese Foreign Minister to India in March 2022, was aimed at requesting the Indian PM to attend an in-person meeting of BRICS leaders in China. With India firm in its stance, China was compelled to shift the conference to an online mode. The non-attendance of India would have damaged the Chinese reputation as the current chairperson of BRICS.

The Chinese ambassador to India, Sun Weidong, while writing in a full-page advertisement in a popular Indian daily less than a month ago, mentioned that the presence of the Indian PM, at the summit, implied India supported China’s chairmanship. In a rebuff, India blocked the participation of China’s key ally, Pakistan, in the ‘High-level Dialogue on Global Develop­ment,’ held on the sidelines of the BRICS summit. It hurt Pakistan’s sentiments. Simultaneously, India refused to include Chinese accusations of the west ‘utilizing sanctions as a tool of war’ in the joint statement.

PM Modi, for the second consecutive year, wished the Dalai Lama on his birthday. After speaking to him on the phone, he tweeted, ‘conveyed 87th birthday greetings to His Holiness the Dalai Lama over the phone earlier today. We pray for his long life and good health.’

This displays India ignoring its ‘One China policy’. The Chinese Spokesperson, Zhao Lijian stated, ‘the Indian side also needs to fully understand the anti-China and separatist nature of the 14th Dalai Lama.’ While China considers the Dalai Lama as a ‘splittist’, India looks upon him as a religious leader. Post-Doklam and prior to Ladakh, the Modi government had restricted BJP members from attending Tibetan events.

Simultaneous with the diplomatic tussles, the Enforcement Directorate raided almost all Indian offices of VIVO, the Chinese mobile company. The company is accused of money laundering. Two senior members of the company have fled India, fearing arrest. Earlier the enforcement directorate had seized assets worth Rs 5551 crores of another Chinese smartphone giant, Xiaomi, under the foreign exchange management act.

India further pushed its diplomatic aggression button by announcing J and K as a contender for preliminary meetings of the G 20, whose presidency it assumes in December. China-backed Pakistan in the latter’s objections and its foreign office spokesperson stated, ‘We call on relevant sides to focus on economic recovery and avoid politicising the relevant issue (J and K).’ He added, ‘whether we attend the meeting, we will look into that.’

Simultaneously, China defended its China-Pakistan Economic Corridor transiting through the disputed POK by claiming it to be an economic program, not linked to military or diplomatic activities. India proposes to hold 190 preliminary meetings for the G 20 summit. It has announced that J and K and Ladakh would have their fair share. China has not responded to this announcement, aware that it could be snubbed.

While the military standoff continues with no end in sight, India is exploiting its diplomatic clout to counter China. Avenues which India had earlier feared to tread considering Chinese sensibilities are being crossed at will. India is aware that it possesses greater diplomatic leverage than China. It also stems from the confidence that the Indian military will hold the Chinese at bay in Ladakh as also along the LAC.