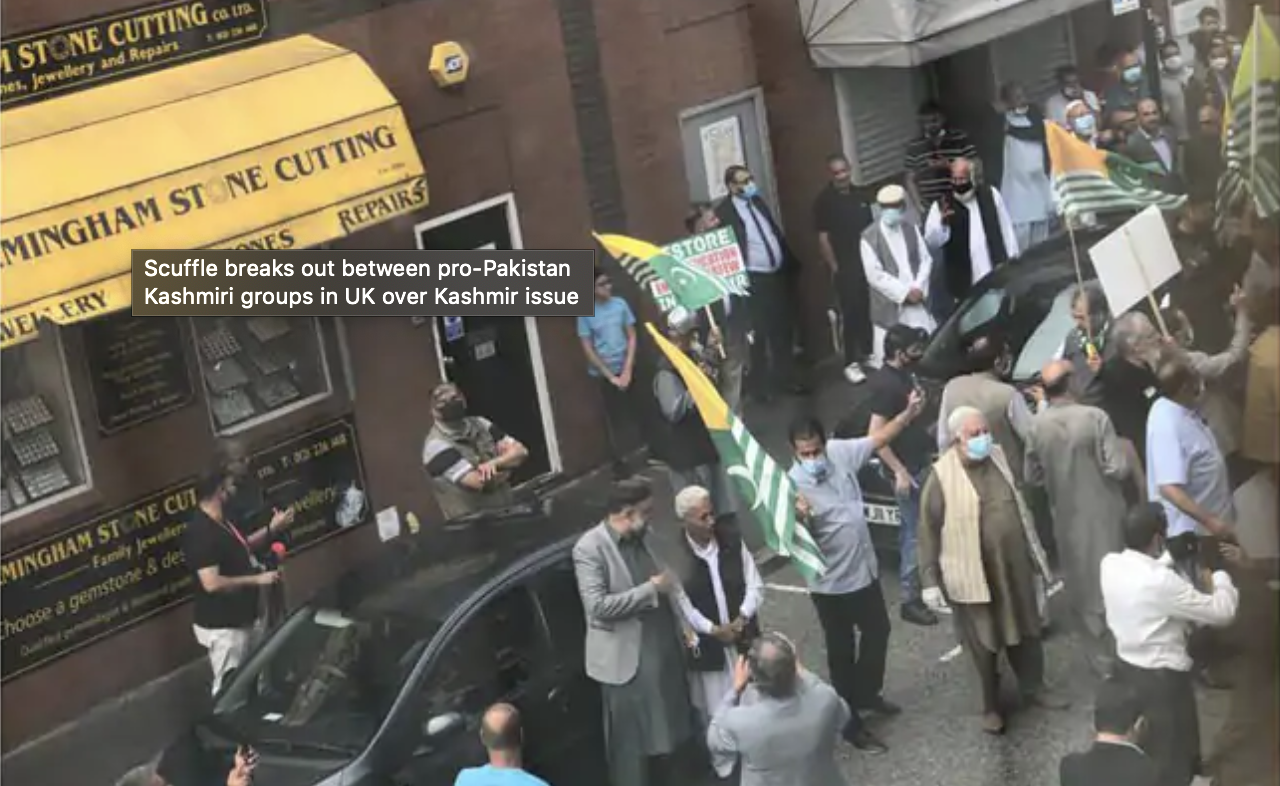 A major scuffle took place between overseas Pakistanis and Kashmiri secessionist (Nationalist) organizations over Kashmir issue in  the UK, on Saturday (August 15) during a demonstration in front of the Office of Consulate General of India in Birmingham.

Shahnawaz group objected to slogans like “Foreign Forces Go Back from Kashmir” (as it will include both forces), ‘Zabri Naate tod do, Kashmir hamaara chord do’, and not to shout slogans on sovereignty (Khudmukhtiyari). The nationalist organizations also objected to slogans raised by by PPP-led group at the behest of Pakistan.

It is learnt that pro-Pakistan Kashmiri groups are also divided over Islamabad’s decision to release new map which ends the scope for UN’s role in the region forever.