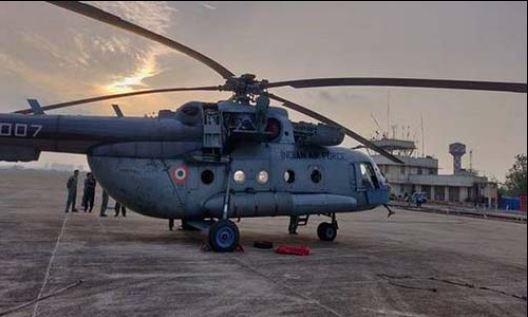 An upgrade of 90 medium lift Mi-17 helicopters of the Indian Air Force (IAF) proposed in 2002 could not be achieved even after 18 years, the Comptroller and Auditor General (CAG) said as a result of which these “helicopters were flying with limited capability, thus compromising operational preparedness during these years” and the expenditure of about ?223 crore was “not justified” with limited life left in 56 of them.

The Ministry of Defence (MoD) concluded a contract with Elbit Systems of Israel for the upgrade of the 90 copters at ?618.23 crore in January 2017. “After upgradation, 56 of these helicopters would be left with less than two years of life. The expenditure of ?222.92 crore being incurred on their upgradation is not justified,” the CAG said in a report tabled in Parliament early this week.

The 56 helicopters would be phased out by 2024. In addition, for the upgradate, Hindustan Aeronautics Limited (HAL) and Bharat Electronics Limited were to supply ?1,720 crore worth of essential components. Contract had yet not been concluded between the MoD and HAL, BEL for this supply. “Thus even after 18 years, upgradation of the helicopters has not been completed.”