The Indian Navy has busted an international smuggling racket operating through the Arabian Sea, seizing narcotics worth Rs 3,000 crore from a Sri Lankan fishing vessel that originated from Pakistan, on 19 April. It was the third major seizure by the Navy and Coast Guard off the Kerala coast during the past couple of months. While a fishing boat was intercepted off Vizhinjam coast on 7 March and 300kg heroin seized, three Sri Lankan fishing boats were seized on 18 March off the Lakshadweep coast. 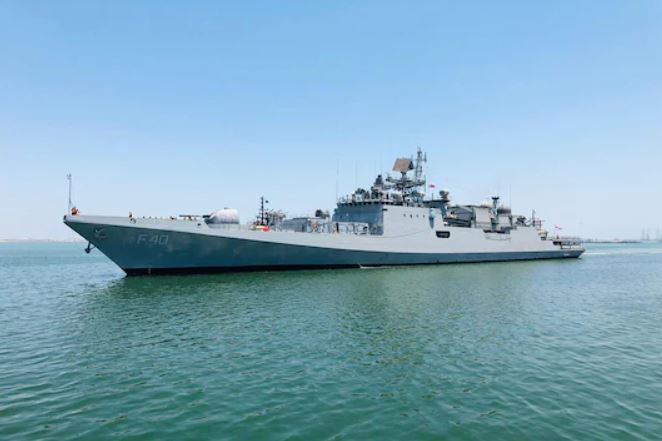 The latest haul is big not only in terms of quantity and cost but also in terms of disrupting the narcotics smuggling routes emanating from the Makran coast in Pakistan, the Indian Navy said through an official release. “Narcotics flow from Makran to the Indian, Maldivian and Sri Lankan destinations. The spoils of narcotics trade feed syndicates involved in terrorism, radicalisation and criminal activities,” the release added.

Indian Ocean Region is geo‐strategically placed at the hub of global power politics owing to its vital Sea Lines of Communications. For both littoral and foreign nations, who seek to use this region to maintain their strategic game, the Indian Ocean acts as strategic backwaters. However, in the machinations of geopolitical rivalries, certain crucial maritime security concerns, beyond the traditional military threats, known as non‐traditional maritime security threats always loom large in the region.

With the emergence of the world’s major energy and trade routes through this region, the IOR littorals are concerned about the vulnerabilities due to various non-traditional maritime security threats such as piracy, maritime terrorism, climate change, illegal, unreported and unregulated (IUU) fishing, illegal immigration, and smuggling of arms and drugs.

As maritime security or safety incidents affect multiple nations and agencies in the region, India set up the Information Fusion Centre – Indian Ocean Region (IFC-IOR) in 2018. The objective was to collaboratively enhance maritime safety and security on the high seas. Over the years, IFC-IOR has matured as an information-sharing hub of maritime data and incident responses to maritime security situations, through a collaborative approach with Australia, France, Japan and the US being at the core, and also many more participating countries. IFC-IOR has emerged as a nerve-centre linking all coastal radar chain networks along the 7,500 km Indian coastline and neighbouring countries. 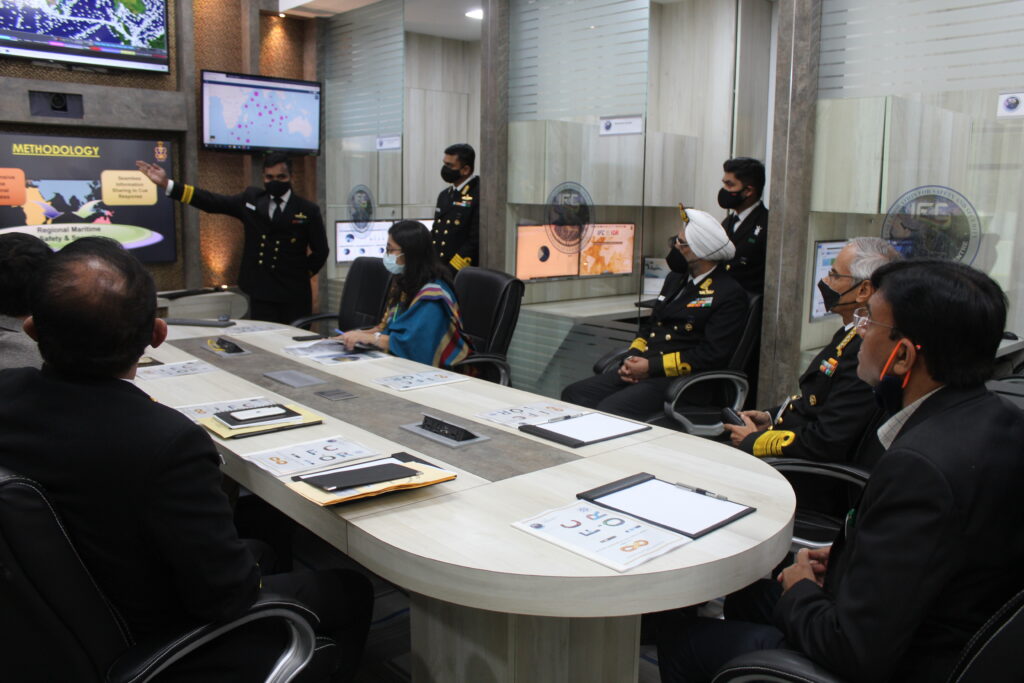 Another important facet of the IFC-IOR is to monitor maritime traffic in the region. This also corroborates the data which is being exchanged with partner countries with whom the Indian government has entered into White Shipping Information Exchange agreements. Almost all the IOR littorals and countries beyond IOR have such arrangements with India. The mutual collaboration is further enhanced by the presence of International Liaison Officers (ILOs) from partner nations positioned at the IFC-IOR. Presently, the centre has officers from the US, France and Australia besides many other countries.

The IFC-IOR Centre, an extended arm of the Indian Navy, is the nodal authority that is mandated to work closely with national and regional agencies as well as like-minded international organisations/centres to generate comprehensive Maritime Domain Awareness by sharing White-Shipping information. The national agencies include the Indian Coast Guard (ICG), Marine Police Stations, Customs, Ministry of Shipping and Department of Fisheries under the Ministry of Fishing, Animal Husbandry and Dairying. The IFC-IOR also interacts with a whole gamut of Intelligence agencies as well as top administrators of all the coastal states of India. In addition to the IFC in Gurugram, NCR Delhi, there are a few Information Fusion Centres operating in the IOR region viz. in Madagascar (French), Seychelles, Singapore, Pakistan and Bahrain.

The Centre has been publishing a Monthly Maritime Security Update (MMSU) that provides an overview of the maritime security situation in the IOR with a focus on certain overarching issues, even beyond IOR waters. After two years since its establishment in December 2018, it released the Annual Report of 2020 to give a comprehensive maritime security scan of the Indian Ocean Region for the past one year, in March 2021. The report also briefly introduces emerging threats such as Hybrid Threats, Cyber Threats and Marine Environment Pollution.

According to its first annual report, in the year 2020, the IFC Centre monitored 1998 incidents pertaining to various maritime security challenges including 267 incidents of piracy and armed robbery. “The Straits of Malacca and Singapore (SOMS) were assessed as the hotspots in Asia,” the annual report revealed.

In addition to piracy and armed robbery, the Centre monitored 421 incidents that could be classified under contraband smuggling. The monthly average of reported incidents was observed to be higher in the second half of the year. Year 2020 witnessed some of the largest seizures of Methamphetamine and Ketamine in recent years. Among the reported incidents, 222 involved the seizure of various types of drugs.

The report observed that the COVID-19 pandemic had a major impact on the flow of drugs, and in some cases led to changes in the modus operandi of the traffickers. The factors that led to such an increase were reduced air travel, a shift in maritime transportation routes and methods, increased unemployment across multiple sectors, impact on personal consumption habits and enhanced enforcement by authorities in the region. Major drug seizures included large shipments of Cannabinoids, Amphetamine Type Substances (ATS) such as Methamphetamine, and Opioids such as Heroin.

In addition, it monitored 592 incidents that could be classified as maritime incidents. The monthly average of reported incidents was observed to be higher in the second half of the year.

The Indian Ocean Region remained the hub of global trade traffic in 2020. The Report’s annual summary throws up some interesting data: On an average 36830 vessels were observed transmitting on AIS in IOR, per month in 2020. The Centre monitored nearly 145,000 vessels operating in the IOR during the year with many vessels undertaking multiple trips across the waters of the Indian Ocean.
These vessels also include a large number of fishing vessels that traversed through the waters of IOR. The average number of vessels observed in IOR per day was about 13000 – 15000 in 2020. On an average 5300 vessels transited through Malacca, 1800 through the Gulf of Aden and 2100 through the Strait of Hormuz per month in 2020.

The numbers only serve to depict the importance of free seas and the key role played by seafarers in maintaining a smooth and uninterrupted flow of global trade. It is incumbent upon Maritime Centres and agencies to ensure the seas remain safe. IFC-IOR is constantly engaged with partners to ensure the safety and security of the seafaring community, the annual report proudly proclaims.